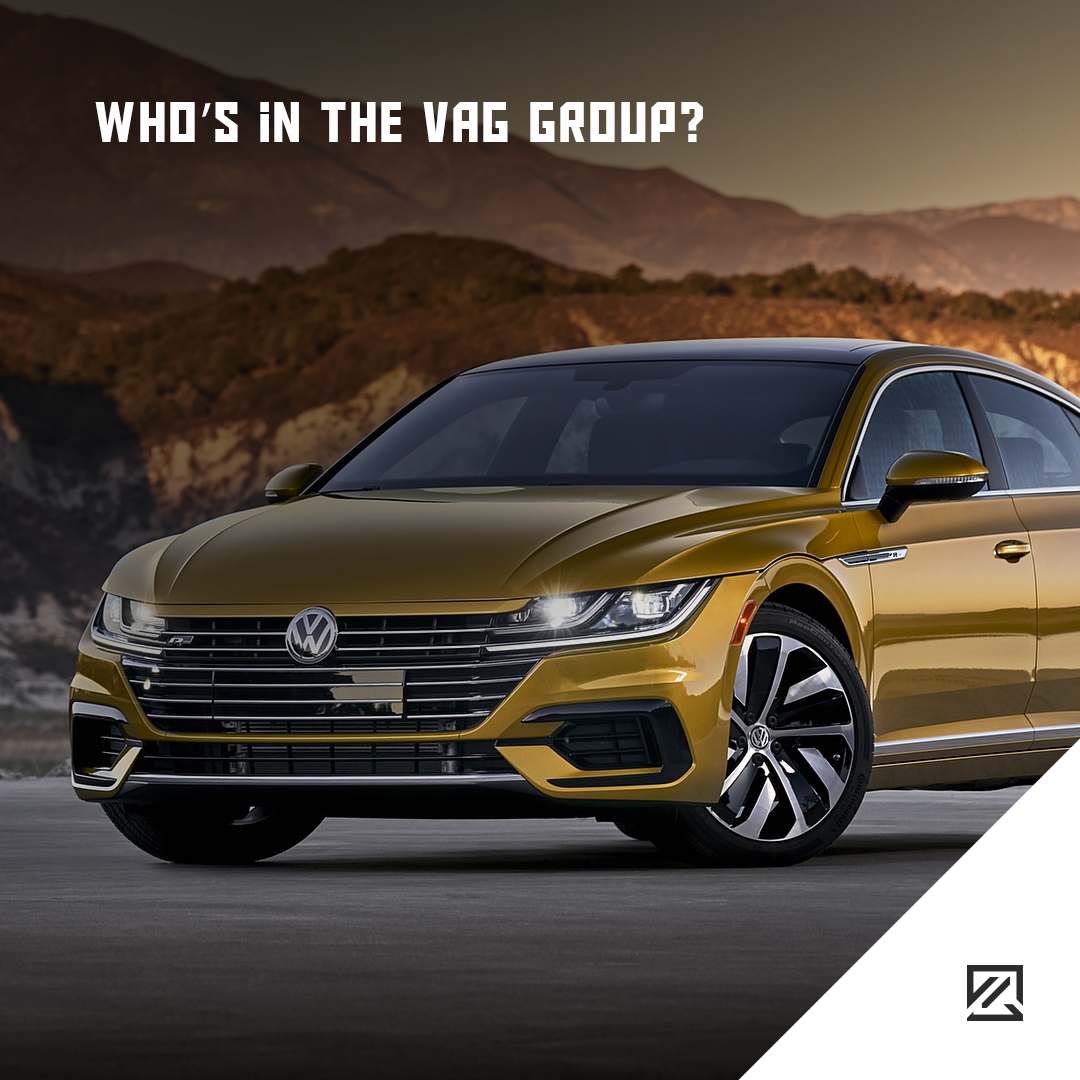 Who’s in the VAG group?

The VAG group, also known as Volkswagen AG or the Volkswagen Group, is a collection of 12 different car brands. These 12 brands each operate individually within the automobile market. Each has its own collections, character and ranges of vehicles.

Volkswagen –  As you might suspect, the Volkswagen group began with the formation of Volkswagen in 1937. The company started with the production of the now iconic Beetle.

Audi – In 1965 VAG acquired the Auto Union and relaunched it as Audi. This was a few years before Audi was merged with NSU Motorenwerke to create the company now known as Audi. The four rings of the Audi logo was chosen to represent the four car companies that came together to form the now successful brand.

SEAT – Volkswagen acquired the controlling stake of SEAT in 1986. The purchase of SEAT arose out of the co-operation agreement that the two companies had signed in 1982. It was with this acquisition that the name Volkswagen Aktiengesellschaft( Volkswagen AG) was chosen.

Skoda – The next company acquired by the Volkswagen group was Skoda in 1994. They had begun the relationship in 1991 when they entered into a joint venture partnership with the then  Czechoslovakian company.

Volkswagen Commercial Vehicles– Originally part of the passenger cars business, the commercial vehicles part of the business was separated out in 1995.

Bentley – Bentley became part of the group in 1998. Bently was originally part of the Rolls-Royce group, but after they went into receivership Bently was sold to Vickers who then sold them onto Volkswagen.

Bugatti – Was also brought into the fold in 1998, at the suggestion of the then chairman Ferdinand Piech.

Lamborghini – The third of the companies that became part of Volkswagen AG in 1998 was Lamborghini. Lamborghini had changed hands several times in the preceding ten years. When Volkswagen bought the company from V’Power, they put it under the control of Audi who saw in a new era for the brand.

SCANIA – It was another ten years until the group expanded with the inclusion of Scania in 2008. There were several abortive attempts by numerous companies to takeover Scania; it wasn’t until Volkswagen stepped in that the company was successfully bought.

Ducati – 2012 saw another surge in growth of the group with the first of three companies to join being Ducati. Ferdinand Piech has long wanted to buy Ducati and did so through Lamborghini.

MAN – Was acquired in 2012 to expand the group’s heavy automobile production.

Porsche – Porsche and VW have a long history starting with collaboration on the Beetle. In 2012 Porsche joined the VAG while at the same time Porsche Automobil Holding SE took the majority ownership of the Volkswagen group.