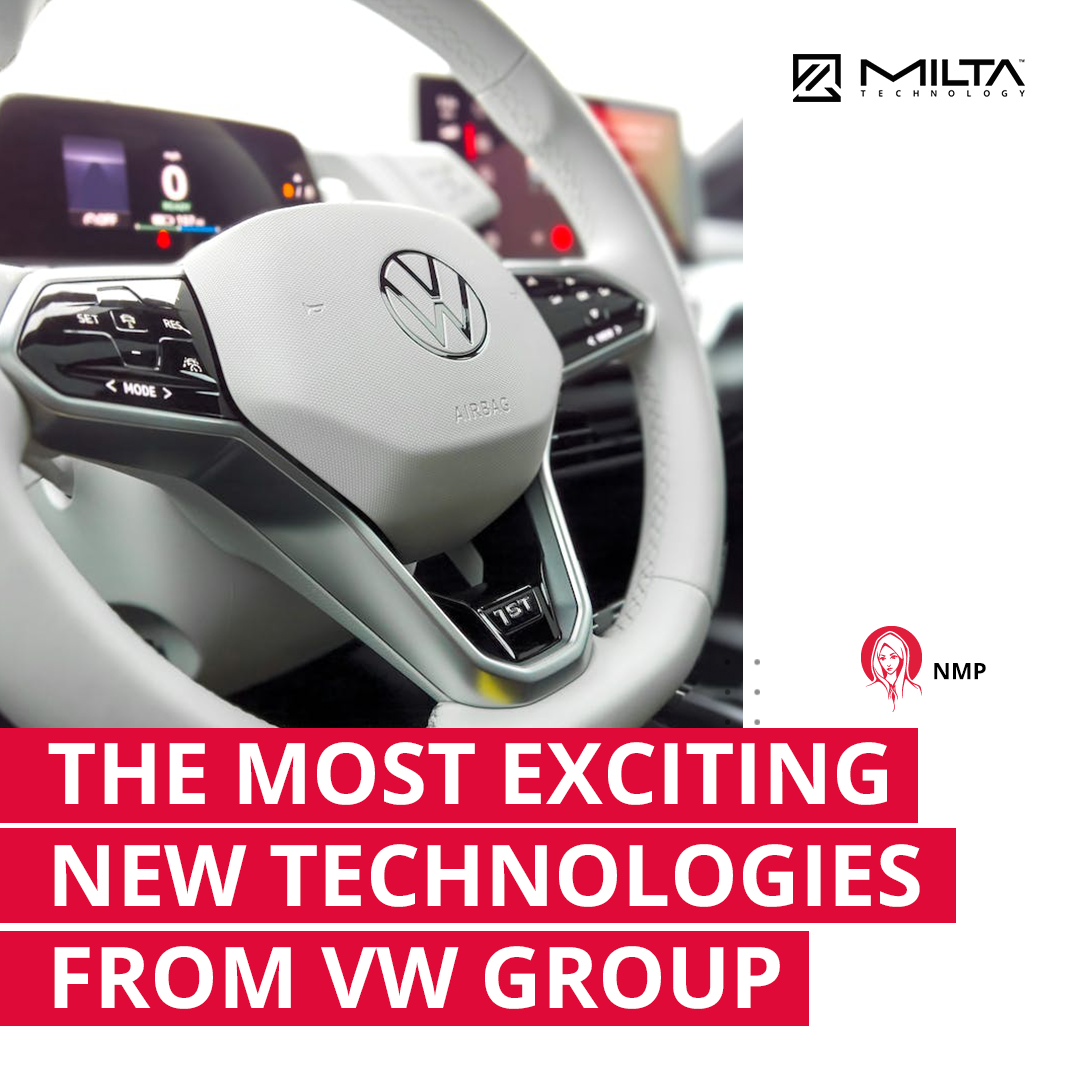 The Most Exciting New Technologies from VW Group

As one of the largest automotive manufacturers in the world, a group like the Volkswagen Group couldn’t possibly survive without a strong arm of research and development. It’s not just about hardware design anymore, either, when it comes to making a successful vehicle design that the public love. With the competitive angle moving sharply towards on-board technology, VW has been working hard to keep its lineup the most competitive out there.

In today’s blog, we’re going to look at a few of the most interesting and exciting areas of technology where VW have been announcing their latest advancements. What you read about here could well be in the next VW Group car you buy: Volkswagen, Audi, Skoda, Porsche, Bentley, and many others.

The series of vehicles in the VW family generating the most buzz at the moment is the growing ID family of electric vehicles. We’ll talk more about the ID.Buzz further below, but there’s one particular technology that the VW Group announced back in March 2022 that they claim promises a “new level of driving” when using the ID models. We’re referring to a major software update that VW simply called “software generation 3.0.”

Arguably the most significant element of software generation 3.0 is the use of swarm technology and swarm data. This refers to the practice of allowing the car to properly observe all the cars and other vehicles around it on the road through more advanced data gathering and sharing, which in turn makes the Travel Assist feature smarter than ever. It doesn’t just keep the car centred in lane now, but can actually keep it in lane while also moving it either to the left or right portion of the lane depending on other vehicles around it.

The new software updates have been at the centre of other technological developments that we’ll talk more about below.

After the release of software generation 3.0, VW has been able to apply their new technology to many aspects of their ADAS (Advanced Driver Assistance Systems). These advancements have led to VW Group and in particular the Volkswagen vehicle range scoring “very good” (the highest possible rating, despite its underwhelming name) on its latest Euro NCAP (New Car Assessment Programme), scoring 4 out of 4 possible points.

The news came back in May 2022 when testers from Euro NCAP reported being incredibly impressed with VW Group’s new swarm data and software generation 3.0 improvements. In the past, Euro NCAP had focused almost exclusively on crash testing, but now the testing of ADAS features is becoming a new standard part of the process, and an important one. They call it the “Safety Backup” test, and it looks at vehicles’ ability to mitigate the worst circumstances of a collision with another vehicle, or a pedestrian/cyclist.

The latest rating was applied to the VW ID.5, and was the highest score ever in the new Euro NCAP driver assistance test. Besides the software and functionality of the systems themselves, also in line for praise was VW’s displays, and in particular the augmented reality (AR) driver head-up display (HUD). The AR HUD brings a crystal-clear view of the entire system right into the driver’s eyeline, making it possibly the safest and least distracting ADAS system out there.

Also in recent news has been the launch of new electric vans, the ID.Buzz and the ID.Buzz Cargo. The classic VW can is one of the most iconic vehicles ever produced by the VW Group, and onlookers have spent the last year or more waiting with keen anticipation for the much-anticipated release of its electric cousin, the ID.Buzz.

With the first VW van being released back in 1950, there were obviously going to be a lot of technological differences between it and the ID.Buzz, but fans were delighted to see the original exterior design DNA of the original model so honoured in the ID.Buzz when it was finally revealed.

The first bit of innovation on display is the far-reaching green credentials of these new electric vehicles. It’s not just that they are zero-emission EVs, but even the yarn that is used to make the interior materials is all made from recycled and eco-friendly materials, including recycled PET bottles, plastic recovered from the ocean, vegan-friendly leather, and even more advanced paints that create the perfect illusion of both chrome and wood finishes.

Second is the highly innovative ergoActive seat design, which was awarded a seal of approval from the Campaign for Healthier Backs. The idea was that since the ID.Buzz would likely be a family car with drivers spending long periods in the vehicle driving to and fro, the seats had to be the most comfortable and supportive possible.

One final technological aspect of the ID.Buzz that highlights VW’s latest developments is what they refer to as the “digital living room.” Using the fastest wireless connections, and installation of easy-to-see and easy-to-reach USB-C and other charging ports, the ID.Buzz represents the digital cockpit and passenger cabin of the future, powered by VW. The idea is to create seamless connection and integration of apps and devices so that you can move from your home to your vehicle without any interruption.

One more key area of R&D that the VW Group has been celebrating in more recent months is that of battery recycling. One of the big worries about EV development is what to do with the huge battery units after they have served their purpose. Will they just go to a kind of battery landfill? How big will that landfill need to be when the world is driving electric cars?

A research consortium led by the VW Group, that also includes TANIOBIS, J. Schmalz, and Viscom AG, as well as researchers from RWTH Aachen University, TU Braunschweig, and the Fraunhofer Institute for SUrface Engineering and Thin Films (IST), has for the first time come together to prove that EV batteries can be recycled multiple times before becoming genuinely defunct.

Their work has shown that the key raw materials — including those that have to be mined or gathered from salt flats — can be reused several times over in the creation of new battery production, thus cutting down the amount of raw materials required in the first place.

With the group’s first successes being announced in June 2022, it was further enhanced in July 2022 when a total of 96 MEB — VW’s key EV platform — cell modules from ID.3 and ID.4 vehicles were recycled and used to create a huge energy storage unit for a fast-charging facility. Such power banks take the strain off local power grids during times when many cars are charging at the same time.

It’s clear, then, that VW is laser-focused on how to bring more digital, smart and integrated technological solutions to the forefront, all of which is part of a greater effort to make electric cars a more viable and attractive alternative to internal combustion engines.