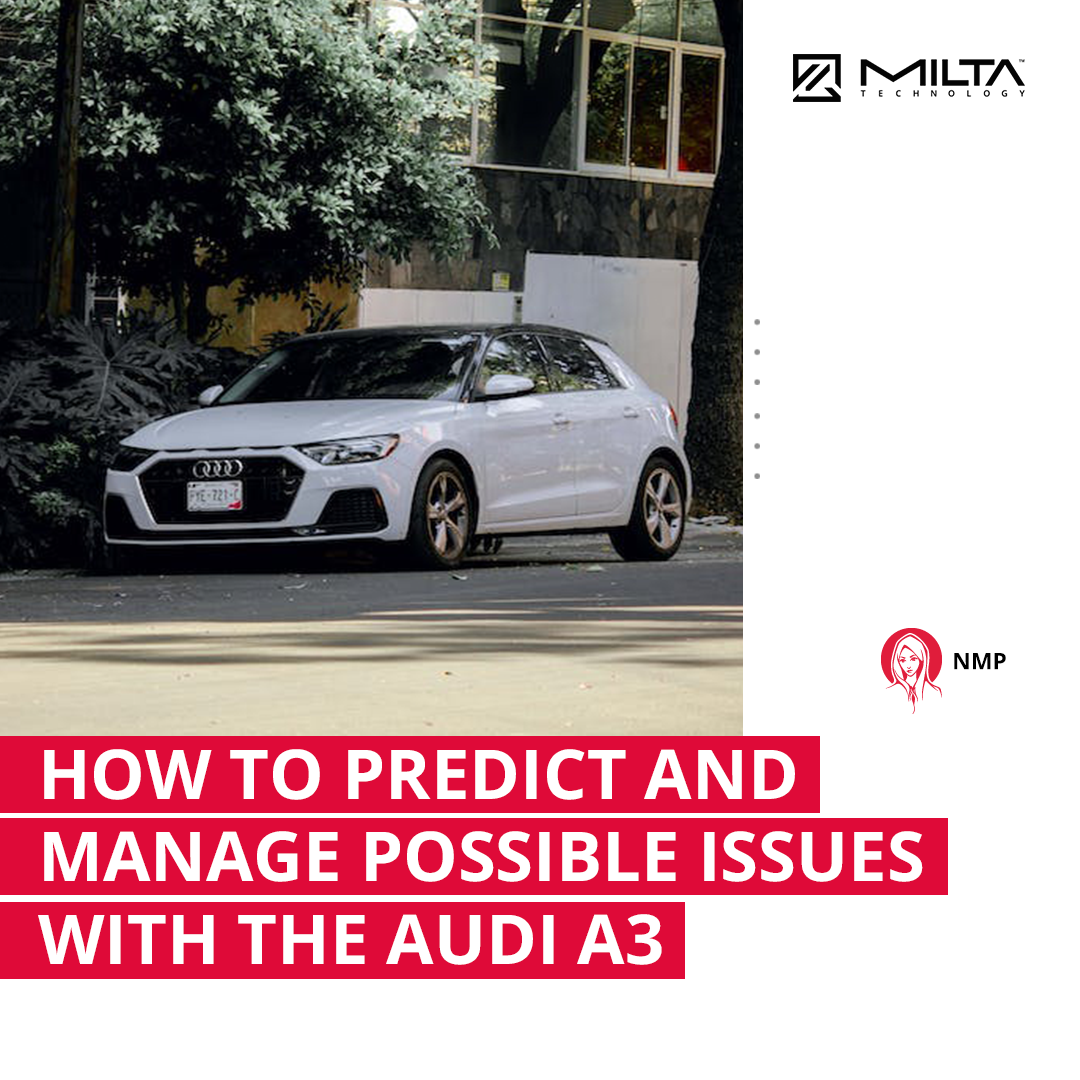 How to Predict and Manage Possible Issues with the Audi A3

The Audi A3 was first launched back in 1996 and has since been a very popular and successful model in the company’s eclectic range. The A3 is notable for being made available both in saloon and hatchback models, with the latter being especially popular here in the UK — as compact cars often are. The A3 saloon, meanwhile, found greater success in North America as a smaller, more affordable but still luxurious version of the larger A4 saloon, and a nice foil for the BMW 3 Series.

As great as this car has been, now in its fourth production generation as of 2020, it certainly hasn’t been free of problems. In today’s blog, we’d like to share some insights into anticipating and managing the most common potential problems with the Audi A3.

Audi was unfortunately caught up in the much larger Takata airbags scandal, which has seen many millions of vehicles recalled over a number of years. The Audi A3 was not immune from this international scandal, with affected models ranging from 2005 to 2013 model years. If you’ve owned your Audi A3 continuously since one of those model years, you’ve likely already taken part in the recall and had the problem addressed.

If you are planning on buying a used Audi A3, however, something that a lot of people do since high production volumes keep pricing of used models competitive, then you should investigate its airbag servicing history. Any model from 2003 to 2013 that you purchase should be checked the most stringently, but extend it to 2015 and make sure that you get confirmation that the car was either not part of the recall, or has been recalled and repaired.

Problematic components were mostly the sensors that alert the airbag to activate at the right time. If these are defective, it makes your airbag potentially dangerous, even lethal, in more ways than one. Either it will inflate unnecessarily, obstructing your view, or it won’t inflate when it needs to.

Why is it a problem? The defective water pump can cause coolant to leak from the water pump housing. A working pump will keep coolant flowing around the system, but when it goes wrong, it means coolant isn’t getting where it needs to, which in turn can lead to overheating. In your Audi A3 engine — like any other car engine — overheating is the greatest enemy of your engine health and you want to avoid it like the plague.

If you’re buying a used Audi, then check the service history for water pump replacements, especially if the model you’re buying has more than 30,000 to 70,000 miles on the clock. Any missing information on water pumps should be treated as suspect.

In your own Audi A3, you should keep an eye first on the engine temperature gauge. If you see it spiking, even momentarily, it could be because of a defective pump that you should have checked immediately. You also keep your eyes open in your garage or regular parking spot for any signs of coolant leaking from your car. Check your engine bay, too.

In any regular Audi A3, you shouldn’t have to go through an oil change at intervals any smaller than 3,000 miles. Many can go up to 5,000 miles, even older models that don’t use the more modern synthetic oil. At any rate, if you’re changing your oil frequently, or if you notice that your oil levels have dropped in a short time, with no signs of a leak, then you could be burning oil too quickly.

This issue was reported in a number of Audi A3 models, especially between 2012 and 2017. The most affected models are those with a 2.0L turbo engine under the bonnet, and the most likely cause is a fault in the piston rings. The defect is causing the combustion chamber to become improperly sealed, and thus oil gets burned faster. Besides the A3, other affected Audis include the A4, A6, Q3, Q5, and TT models.

Managing this issue mostly means having the piston rings replaced, and possibly the rod bearings that connect them. However, you can also anticipate this firstly by keeping a close eye on the oil levels on the engine oil dipstick, as well as seeing if your car exhaust fumes appear blacker or heavier than usual. These are all tell-tale signs of oil being burned off too quickly. You might also hear excessive engine noise.

Have you noticed your A3 headlights flickering at all? One way to anticipate if this might happen to your own Audi A3 is checking to see if you are using a model that has Xenon lights. These lights were lauded previously as being longer lasting, and able to admit a better light that mimicked daylight more effectively. While these things are generally true, some have experienced issues with them.

Flickering lights are one thing, but if they go off entirely — as some have on the A3 — that can make driving at night extremely dangerous, not to mention difficult. The most commonly identified causes are loose wiring connections, faulty ballasts, and possibly just a faulty or dying xenon bulb depending on how old it is. Xenon lights are meant to last up to 2,500 hours, compared to a high end of 1,000 hours for Halogen lights.

If you’re buying an A3, check the mileage and ask the previous owner how often they drove at night. If it was a lot, then you might benefit from having them checked before you confirm the purchase, or after you buy it.

Ultimately, the Audi A3 remains a very solid car that people love. However, don’t believe that investing even in a quality brand like Audi means you are immune from potential defects, especially in used cars. You don’t always know how well (or poorly) a previous owner treated the car. So, it remains the best policy to service your car regularly, and report any warning lights, strange noises, or other apparent problems to your mechanic ASAP.

When problems are caught sooner, they are invariably easier (and cheaper) to fix. Keep your service record in good order, and your Audi A3 will pay you back with good service, too.