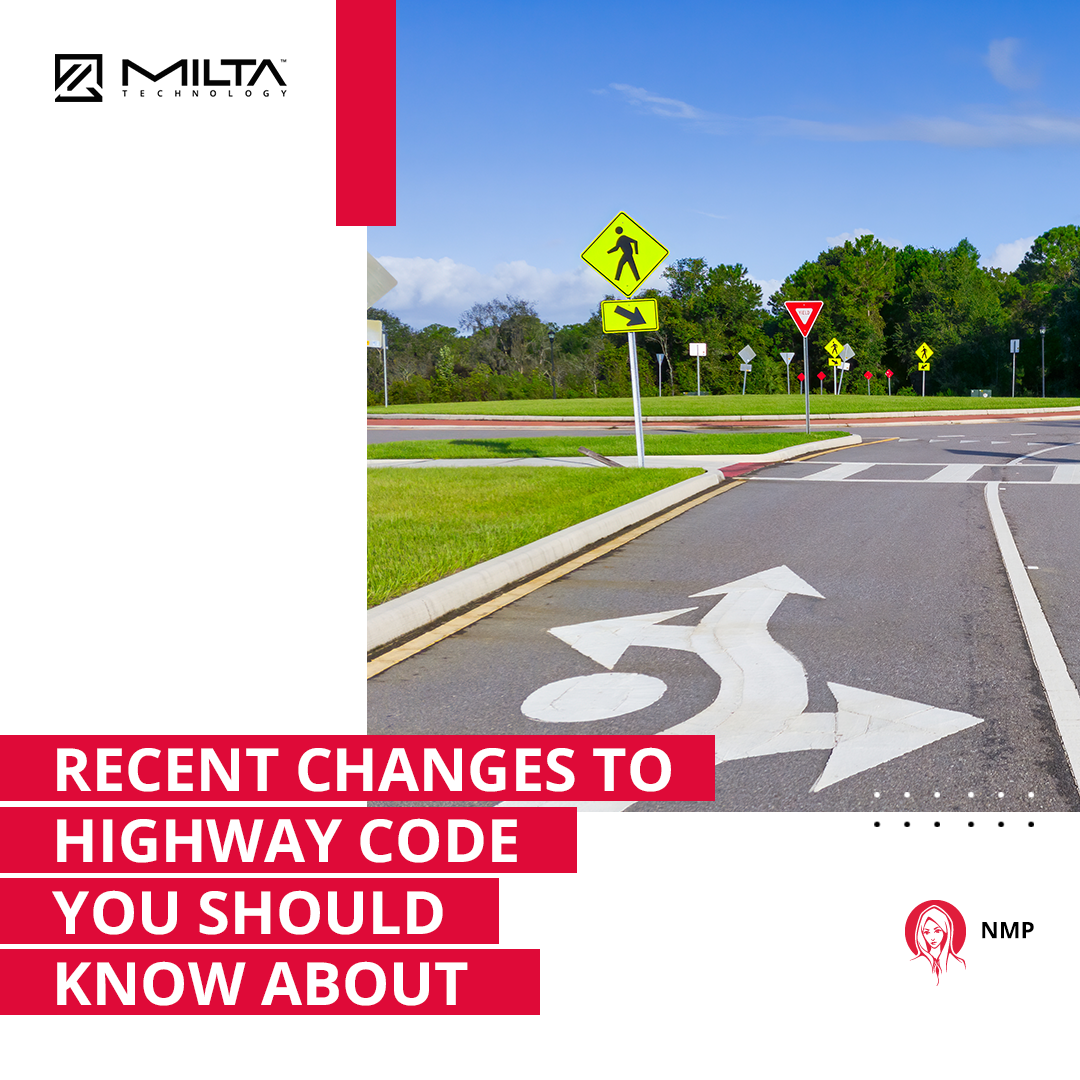 Recent Changes to the Highway Code You Should Know About

The Highway Code is the basic set of rules of the road that we all learn about when we are learner drivers in the UK, with most of us picking up a lot of the knowledge even before that time. Our knowledge and understanding of this code are tested in both segments of the current UK driving test, both in theoretical and practical terms.

The trouble many people have is that as soon as they pass their test, they stop paying close attention to their road knowledge, assuming that everything they’ve learned will remain. What’s wrong with that? Well, the Highway Code is an evolving system of rules, with changes being made to it all the time.

While we may hear about some of these changes on the news, there’s still a strong chance that we will miss changes, and possibly even get caught out by traffic police. For this reason, we’ve prepared today’s blog, which includes the most important and recent changes to the Highway Code that you need to know.

/
Change #1: Drivers Do Not Have Priority at Junctions Anymore

In the past, drivers always enjoyed priority position at junctions, unless another road user had already made it half-way across. The new rule states that if you’re turning at a junction where you see another “more vulnerable” road user (cyclist, horse-rider, pedestrian, or a scooter rider), then that user has right of way.

Under these rules, blame is allocated to the party “who can do the greatest harm,” and when you’re in a car and dealing with a cyclist, horse-rider, pedestrian, or scooter rider, then you are always the one capable of doing the most harm. At best, your insurance premiums would go up after any incident, but at worst you could face penalty points, court costs, and even jail time.

/
Change #2: Cyclists Are Now Allowed to Ride Wherever They “Feel Most Visible”

Before 2022, the only real rule imposed on most cyclists was that they had to ride on the left side of the road and not against the flow of traffic. They were also required to use a bike light at night. The new rules for cyclists provide more specific distances and guidelines. For instance, they are required to be at least 0.5m from the kerb or verge, and to go out further into the road wherever it is deemed safer.

Furthermore, when you are driving a car and encounter cyclists on the road, you have to pass them with at least 1.5m of space between them and your vehicle when travelling at speeds up to 30-mph, while leaving a greater distance for speeds faster than that.

A lot of cyclists nowadays wear body cams, which means that they’ll invariably have real evidence that they can show to the police should drivers break these rules or otherwise behave inappropriately. There are no laws that mandate cyclists to use special lanes, and the rest of the rules are increasingly geared towards protecting them (see change #6 for more on cyclist protection).

As a show of force and protection of cyclists, police may well be inclined to act on any and all evidence shared with them, and give nuisance drivers penalty points and fines.

/
Change #3: Drivers Must Stop for Pedestrians Waiting at a Zebra Crossing

It has long been the law that one must stop at a zebra crossing if pedestrians, cyclists or other road users have begun crossing. Many driving instructors teach learner drivers to be even more cautious, advising them to automatically slow when approaching a zebra crossing, and stopping even if there are people just arriving to wait at the crossing.

The new law now makes this long-taught practice a legal requirement. So, from now on when you see people up ahead at a zebra crossing waiting, you have to come to a stop at the crossing, even if they haven’t taken a step out into the road yet. What’s more, if there aren’t traffic cameras monitoring you, then witnesses who see you break these rules will surely take out their phones and use the evidence to report you.

/
Change #4: All Use of Handheld Mobile/Smartphones is Banned

The use of mobile phones in the car has long been a subject of controversy in the UK and indeed around the world. Most countries have now imposed some sort of ban, or series of restrictions when it comes to using a phone while driving.

While rules about using the phone handset to make calls or send texts while driving have long been accepted, others have claimed that there are loopholes that allow them to, for example, play mobile games on their phones while they are stuck in traffic. There’s nothing that says you can’t play Candy Crush, right?

Well, now there is. New rules say that while you are sitting in your car and operating it on a public road, the phone handset cannot be in your hands at all. You can still make and receive hands-free calls, and also use the phone for things like making toll payments and as a sat-nav screen. However, the device must be fixed in place when doing so.

/
Change #5: There Are Stricter Punishments for “Poor Driving Decisions”

In the past, there were numerous traffic infractions that we have been taught never to do, and that have been illegal but only enforceable by the police. Since most of these are too minor for most police forces to bother with, new rules have now come in that allow local authorities the power to enforce them with their own equipment and Civil Enforcement Officers (CEOs).

Examples include entering yellow hatched lines at a box junction when the exit isn’t clear, going the wrong way down a one-way street, failing to give way to oncoming traffic, making u-turns where you shouldn’t, and more. Local CEOs will use fixed CCTV cameras to identify incidents, which will then be corroborated by Automatic Number Plate Recognition.

Finally, there is one more measure coming in that is designed to protect cyclist safety, but this one should be more understandable to drivers. One of the top dangers cyclists face is the peril of parked car doors being suddenly opened in their path, resulting in nasty crashes. Those who live and drive in cities get used to checking for cyclists first, but those who live in suburban and rural areas often don’t check.

The so-called “Dutch Reach” is a move where you use the arm that is furthest from the door to open it. If you’re the driver, that means your left arm, and if you’re the front passenger, the right. This forces you to swivel your body around, which prompts you to look behind, where hopefully you’ll spot any oncoming cyclists before you open the door.

This will now be taught as standard practice to new learner drivers, and is advocated for all to use.