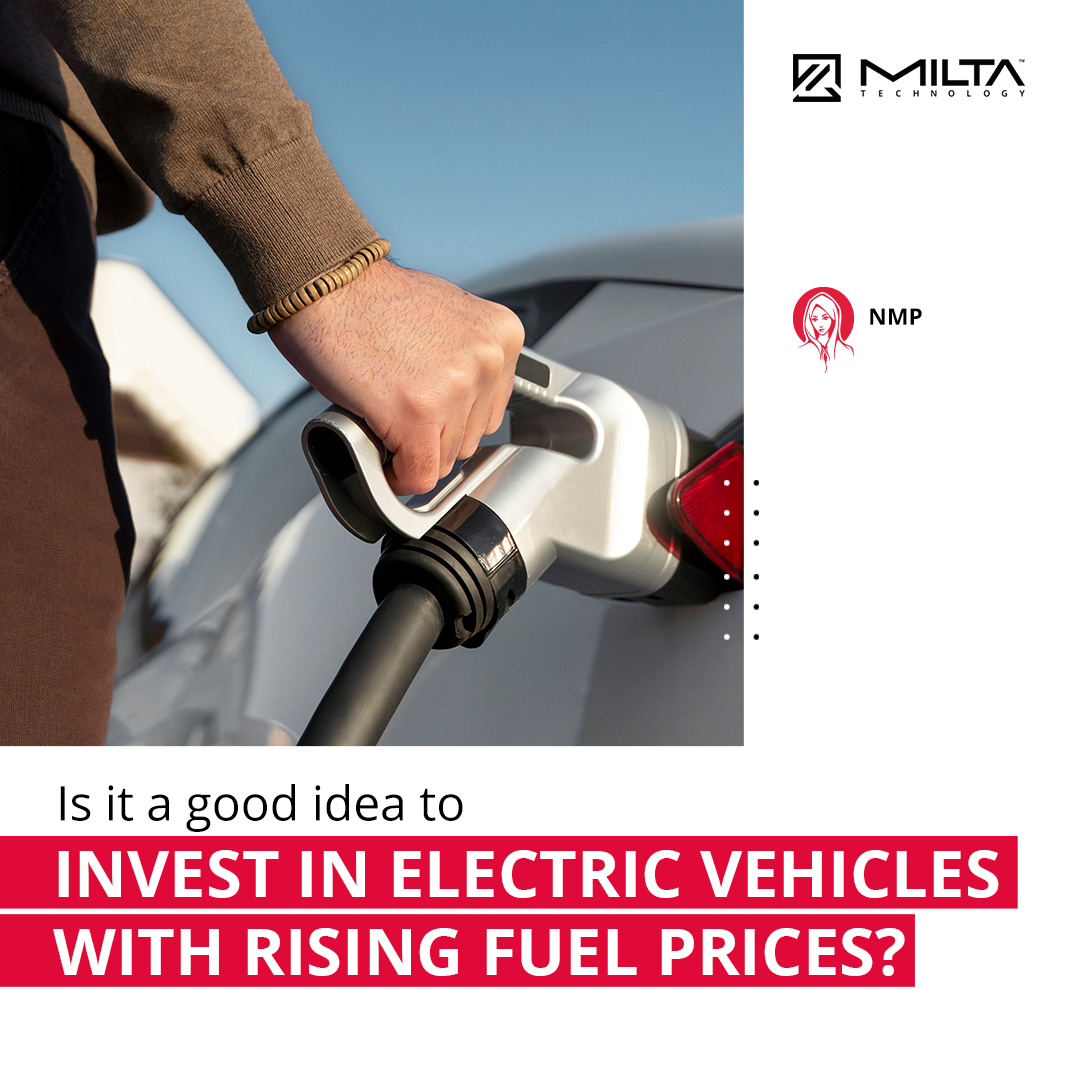 Fuel Prices Rising: Is Now the Time to Invest in an Electric Vehicle?

Events in Eastern Europe, not to mention changing policies in major developed economies, are all working to drive up oil prices and thus the price of petrol and diesel along with it. At the time of writing, the average fuel price in the UK is sitting at around 166p per litre, which when you combine with continued expenses of car ownership like insurance and tax, along with the generally increasing cost of living makes for a pretty bleak picture.

Let’s be clear first of all on what kinds of electric vehicles are currently on the market. Broadly speaking, there are 3 kinds:

HEVs use an internal combustion engine that takes petrol, but also have a limited electric powertrain that allows the car to run on electric only power at low speeds for up to 10-11 miles in total. When reaching higher speeds, the engine seamlessly takes over, recharging the electric powertrain as it does.

PHEVs work in much the same way as HEVs, but typically have a more powerful battery and thus longer electric range (20-50 miles, depending on the model). They will partially recharge using the engine, but need to be plugged in to regain full charge.

BEVs are pure-electric vehicles that have no engine at all. Their powertrain is a large lithium-ion battery pack that needs to be recharged upon being discharged. This can be done at public charging stations or at home via the mains electricity or a specially made charging wallbox. The latter of these home options is preferred as it’s much faster and more efficient.

/
Is Now the Time to Get an Electric Vehicle?

With petrol prices being so high, it would appear that now is the perfect time to invest in an electric car. An HEV probably wouldn’t be a big help, because while it can save on some fuel consumption, you’d still be totally reliant on petrol stations for your fuel needs. A PHEV could help you make genuine savings since you could do most daily driving on your electric powertrain, cutting fuel needs dramatically.

In the current climate, however, it seems that BEVs would make the most sense to those who want to bypass the petrol pump permanently. Here are some of the reasons why it’s a good idea to get an EV now.
No More Petrol Stations
First things first: when you buy an electric car, especially a BEV, you’ll never need to visit a petrol pump again. You can either charge at the growing number of public charging points, or simply manage your own “fuelling” by charging your car up overnight at home. For those times when you need range fast, you can also visit a DC fast charging station that will add up to 100 miles of range back to your car within 20 minutes or so, depending on the model. Some can do it in just 10 minutes, now.

Yes, you will pay for the electricity that powers your car, but it has been consistently shown that EV running costs when it comes to its electric fuel will still save you money compared to filling up with petrol every week (especially with current prices). Vanarama.com found that on average it costs £33.50 a week (£1742 a year) to run an EV, which is 21 percent cheaper than the £42.40 a week it costs to run a petrol car, or £2205 a year.

Even if electricity prices go up, savings can be made because EV owners can, broadly speaking, choose the time of day at which they do their charging. Like telephone charges, electricity has peak and off-peak rates. Charging during the night is a lot cheaper than doing so in the daytime. Therefore, EV owners are still getting the better deal.

No Road Tax (For Now)

At the time of writing, BEVs are not subject to any road tax at all. That’s an annual saving of around £100-140 as a lower estimate, and possibly more depending on what size and style of EV you buy and what its petrol equivalent would have cost you. For PHEVs, it’s just £100 for the first year, and then £145 after that, which is among the lowest brackets you pay.

Why do we say it’s only “for now”? Well, as the 2030 national deadline looms, the government is already making plans for a country where BEVs are the “norm” of a new car showroom. Thus, in order not to lose out on billions of pounds of annual revenue, they’ll come up with a new system of road tax that will apply to BEV owners. It’s a good idea, then to get in on the action now and enjoy the tax benefits while you can!

Fun, High Tech Driving
EVs are packed with the latest technology, including digital instrument displays, large infotainment screens, AWD technology, driver assistance systems and more. Some of them even have automated driving technology that is taking driver assistance to new levels! They also look more futuristic and stylish. The VW ID.4, for instance, was hailed as one of the most attractive cars ever made by VW or any other OEM.

Cheaper Maintenance
Finally, the lack of an engine and other moving parts means that maintaining an electric car, especially a BEV, is much cheaper than it would otherwise be. Servicing is simpler, and there is less chance of things going wrong. What’s more, most problems in modern EVs can be fixed remotely using downloadable “over-the-air” updates. Some companies have even managed to fix mechanical problems with their brakes using this technology. The EV runs more like a computer than a mechanical machine, which is why this is possible.

/
The Case Against Investing in EVs

What can be said against the move to get an EV? Well, petrol prices may be high, but while we still rely on fossil fuels to generate most of our power, there’s no guarantee that electricity prices won’t spike to the point where it becomes too expensive to charge one’s EV, even at night.

Secondly, the UK is already cutting subsidies and rebates that were once available to buyers of electric vehicles. This means they are now among the most expensive options out there. A base-level EV is sometimes the same cost as a top-end trim for a car like the VW Polo.

Finally, they may not suffer from mechanical problems, but they do suffer from computer-based issues. EVs still get recalled because of issues with their computer systems and other components, showing that while they’re more advanced, they’re not less vulnerable.

/
Conclusion: The Age of the EV is Coming Anyway

The fact remains that the age of the electric vehicle is coming, or arguably already here. If you’re being punished with petrol prices right now and want to change, then it’s an opportune moment. However, for most people, the prohibitive cost that remains on buying a new EV means they could only invest in a used model for the time being. That would still be a good tie-over as they wait for the prices to inevitably tumble, as they do with new technology, eventually.

In the end, investing in an EV means you are investing in the long-term automotive future of Britain and the rest of the world, and that’s a pretty good idea anyway.