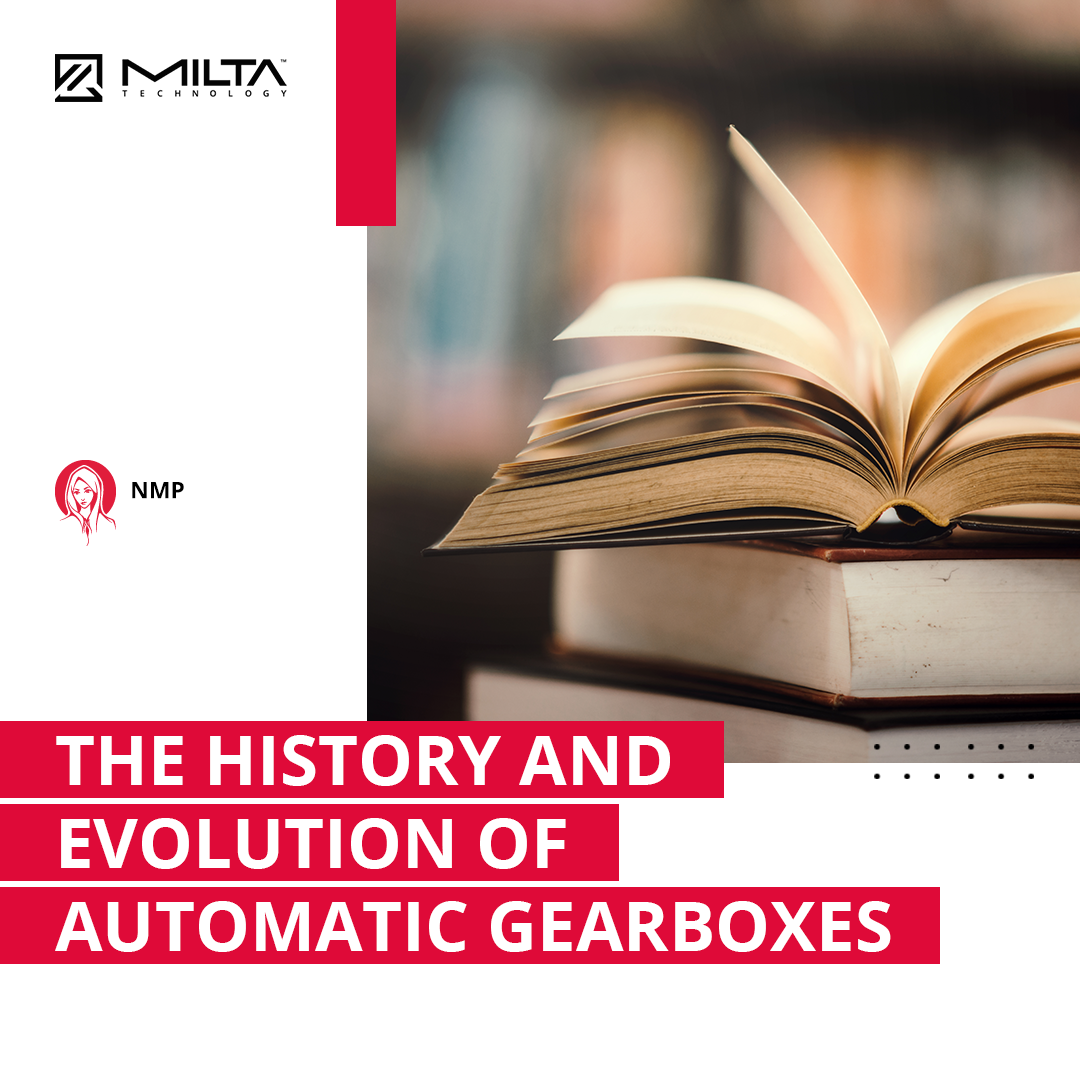 The History and Evolution of Automatic Gearboxes

For so many years in the UK, manual transmissions have dominated the marketplace to the point where some younger drivers have barely seen vehicles with automatic transmissions and how they work. Some even assume that the automatic is something quite new and up and coming in the world of cars.

Of course, the older and wiser among us know very well that the automatic transmission is not a new technology, and has in fact been with us for some time, but it has certainly changed a lot in the time it has been with us. In today’s blog, we’re going to share a brief history of the automatic gearbox and show how it has evolved over the years.

/
Origins: Invention of the Automatic Gearbox

Believe it or not, the first automatic transmissions were invented in the relatively early days of the automotive industry, all the way back in 1921. The inventor was a Canadian engineer by the name of Alfred Munro. His first-generation automatic transmission made use of compressed air, a far cry from those that make use of transmission fluid in the modern era.

The first automatic transmission developed that made use of hydraulic fluid was the Hydra-Matic, created at General Motors. Though the research and development was going on in the 1930s, the Hydra-Matic wasn’t introduced in the marketplace until 1940. It was heavily marketed by GM as “the greatest advance since the self-starter,” and came into full production upon the release of the Oldsmobile in 1948 — Oldsmobile was one of GM’s many brands.

In 1955, after much tinkering and continued development, GM decided to end the run of the Hydra-Matic and replace it with a new device, the Jetaway. This product did not perform well, however, paving the way for a newly developed “Turbo Hydra-Matic” to retake the market by storm in 1969.

GM dominated the market for a long time, even selling their units to Hudson, Nash, and Lincoln, none of whom had the wherewithal to develop their own automatic gearboxes. Another popular version developed within GM was that of Buick called the Dynaflow (1948), but it wasn’t until 1958 when BorgWarner finally developed their 3-speed unit that GM finally had competition.

/
Development: How the Automatic Gearbox Evolved After Invention

After much dominance in the world of automatic transmissions, and with thousands of patents filed, GM and BorgWarner seemed to completely dominate the automatic transmission space. Little did they know that Honda was carefully navigating the intellectual property waters to finally come out with its own transmission in 1968, the Hondamatic, a 2-speed FWD unit. It was paired with the tiny 354cc engine of the 1968 N360 AT, making it the smallest engine-gearbox pairing ever.

After Honda entered the game, things started to change.The 1970s energy crisis saw huge leaps being made in automatic gearbox technology as US Corporate Average Fuel Economy (CAFE) standards came in 1975, forcing OEMs to boost efficiency to at least 20-mpg (24-mpg here in the UK). Most cars at the time became FWD, and they had to be lighter, making way for the use of aluminium in transmission cases and valve bodies.

All the way up to 1990, the maximum number of gear ratios any OEM had managed in their gearbox was 4-speed. That changed in 1991, however, when BMW released the first-ever 5-speed model for the BMW 7 Series. It took until 2000 for 5-speed automatic transmissions to become the norm. BMW released a 6-speed in 2002, but the car was not met with acclaim, but the 6-speed transmissions took hold and before 2009 had become the next norm, with a 7-speed being invented in the meantime, too — this time by Mercedes-Benz.

/
Modern Context: What Changes Have Been Made in More Recent Times?

As other OEMs continued using the established torque converter technology and expanded on gear ratios, VW was working on something wholly different, namely the dual-clutch automated manual transmission, which was first introduced in the 2003 Golf R32. The use of wet clutches instead of a torque converter proved to be incredibly efficient, so much so that high-end sports car makers like Ferrari dropped manuals altogether in favour of this technology.

The direct-shift technology brought in by VW did not replace the torque converter entirely however, since its higher costs stopped it from becoming the standard go-to technology. Regular transmissions continued to evolve and now many passenger cars offer 9-speed and even 10-speed automatic transmissions. Many semis and trucks go all the way up to 14!

Another step in the modern evolution of the automatic transmission story is the continuously variable transmission (CVT). The CVT is seen as a simpler and more affordable alternative to the dual-clutch models. However, they are nothing like the same order of quality when it comes to delivering serious performance for a vehicle. CVTs are typically used on base-level automatic cars now, and vehicles designed for use in the city that don’t require fast acceleration or strong highway speeds.

Finally, the arrival of hybrid and electric vehicles (EVs) in the 2000s, and their fast growth of popularity from 2010 onwards has seen automatic become the new norm for many. Of course, pure EV transmissions are called automatic but in fact these vehicles don’t use gear ratios at all as they’re driven by an electric motor. Plug-in hybrids (PHEVs), however, do still use regular automatic transmissions because they house an internal combustion as well as an electric powertrain. Manual transmissions are not even considered for these cars, however.

/
What Does the Future Hold for the Automatic Gearbox?

In the years 2019-2021, sales of new automatic transmission cars increased to the point where an unprecedented shift finally occurred. It’s now the case that new cars with automatic gearboxes outnumber those with manual transmissions. There are a lot of reasons for this, but the main driving forces are advancements in automatic gear-shifting technology, and the rise of hybrid and electric cars, the vast majority of which use automatic forms of transmission, including 100 percent of battery electric vehicles (BEVs).

As the future electrifies, it seems that the automatic transmission is finally set to take its place as the “norm” as manual cars slowly start to dwindle. It will be interesting to see how electric vehicles evolve with transmission units. Porsche has already implemented 2-speed automatic technology into its electric car, the Taycan. How will it continue to evolve in the future?