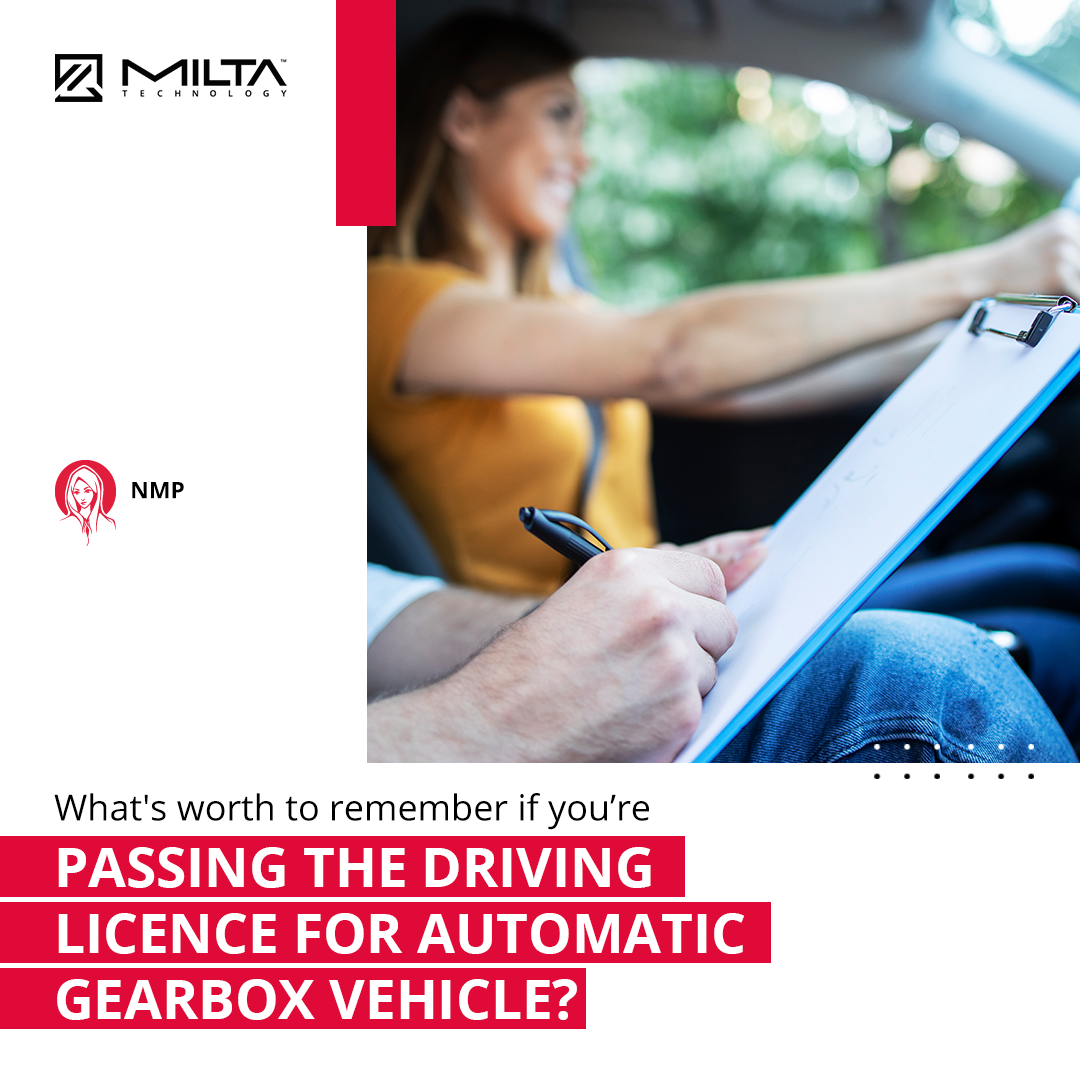 Things to Remember if Taking Your Automatic Driving Test

The majority of British parents and driving instructors would still most likely counsel their kids that taking the driving test in a manual car is the better option because if you pass your licence in a manual car, you can drive manuals or automatics in future. If you pass in an automatic, then you’re limiting your options to automatic only.

However, in a shifting marketplace, there are now growing numbers of people who are saying “forget it” to a manual test and instead opting for automatics. There are many reasons for that, but what’s a little worrying is how some learner drivers don’t realise all the implications of what they’re doing. In today’s blog, we’ve prepared helpful advice for those thinking about taking their automatic driving test.

/
Background: Why Do People Choose the Automatic Test?

Many assume that the main reason people choose the automatic test is because they are “bad drivers” or are incapable of driving a manual. There may have been some truth to this in the past, and pass rates bear out the fact that many automatic-only candidates do struggle somewhat with driving (see below). However, it is not an automatic pass to declare someone a bad driver.

With shifting trends in car manufacturing and design, it seems inevitable that manual cars will become a thing of the past and the automatic the “norm.” That being the case, why should young people burden themselves with extra things to learn when learning to drive? It could be very soon that we declare the automatic test as the “smart choice.”

/
1. Your Test Will Not Be Easier to Pass

While most driving instructors agree that it is easier to teach a learner driver in an automatic car, it may surprise you to learn that pass rates are typically lower for automatic car candidates. Between 2010 and 2019, the national average for driving test pass rates was between 46-47 percent. It has been very consistent, in fact, as a number through that period of time. When you break it down, however, you find that the pass rate for automatic-only tests was 38-39 percent.

What this tells us is that far from being easier to pass as people imagine, the statistics show that it could be more of a challenge to pass the test. There are many reasons for this. The most common reason is that those learning in automatics are often trying to get their licence as quickly as possible and with a minimum amount of effort. Maximum speed and minimum effort doesn’t usually produce good results. Another reason is that those who choose automatic transmission might be struggling with driving more generally, and just assume that gears are the main problem when they’re not. This brings us to the next thing on our list…

Some people assume that the automatic-only test is somehow a pared down or simplified version of the standard driving test. This could not be further from the truth. The automatic-only test contains all of the same elements as the regular test, but the difference is that you’re doing it in an automatic transmission rather than a manual one. The test includes:

As you can see, there’s no difference between this and the manual test. After all, you still need the same knowledge of the roads, the same basic driving skills, and the same ability to drive in different conditions, regardless of your car’s transmission.

/
3. You Still Need to Practise Driving Just as Much

Following on from our previous point, candidates getting ready for the automatic driving test should not feel they have a licence to slack off beforehand. The test won’t be easy, and you still need to be strong in all the fundamental driving skill areas (see more below), and be confident that you can navigate the test area with no fear.

In order to gain this confidence, you’re going to need to put in just as much effort and time as others do when preparing for your test. Just remember that missing a gear shift or getting the gears wrong doesn’t even feature at all in the top 10 reasons given by the UK government for people failing their driving tests. This brings us neatly to the next section.

/
4. You Need to Work on All Areas of Driving, Not Just the Gears

Remember that in just about every other sense of the word outside of gear shifting, an automatic car works exactly the same as a manual car. You still need to learn to master the gear shifter in an automatic, and understand how to safely shift from one setting to another when driving in public.

Besides this, however, you need to work on all the fundamentals of your driving so that you can avoid the common reasons people still fail their driving tests, namely:

In order to avoid these pitfalls, you’ll need to spend time practising with a qualified instructor who can teach you the best ways to remember the rules and generate habits and techniques that get you through your test.

/
5. You Will Limit Your Car Options in Future

This item features last in our list because it is arguably the least relevant and increasingly less relevant the more time goes on. If you took an automatic-only test back in the 1990s or early 2000s, then you were certainly limiting your options, but nowadays with automatic cars outselling manual cars, it makes more sense to choose the automatic option and avoid at least some difficulty on your test.

At the time of writing, there are still a number of years between now and the 2030 shift, and that means there’s still some room to say that options are limited when you only drive automatics, not to mention that your future car choices will be more expensive to purchase and insure.