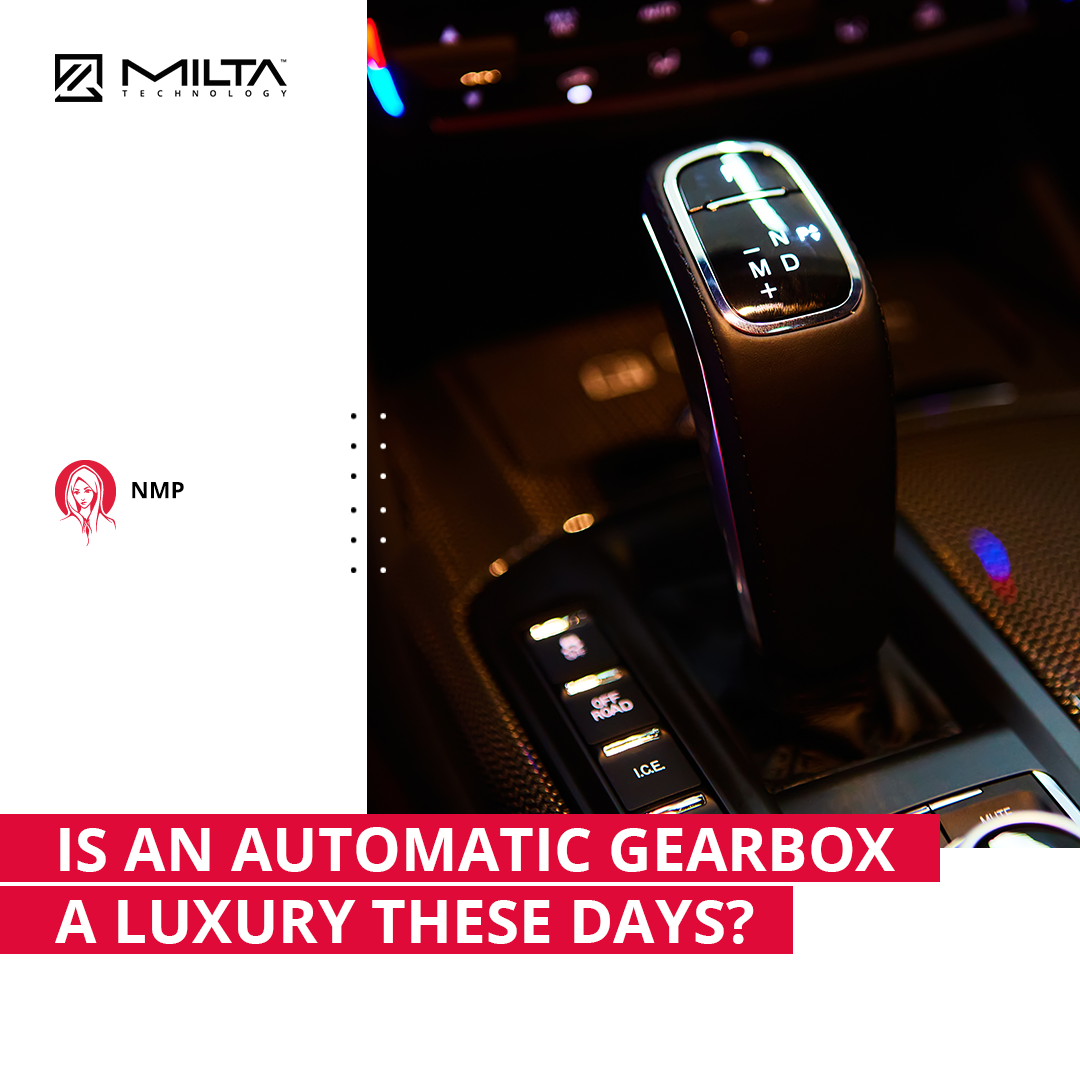 Is an Automatic Gearbox a Luxury These Days?

It’s no secret that if you choose a car with an automatic transmission, it tends to cost more. The cheapest trim level of virtually any car you’d care to mention is invariably one that’s supplied with a 5- or 6-speed manual transmission as standard. When you start to climb the trim ladder, you see automatic transmissions being offered.

So, would it be fair to say, then, that the automatic transmission is something of a luxury these days? This is a question we’ll be exploring in today’s blog. What makes it more expensive? Are they really a luxury item or in fact much more affordable and accessible than we think? Let’s take a deep dive and closer look.

You might pay anywhere from £800-1000 extra for a car with an automatic transmission compared to a manual one. What is it about automatics that drives up the price so suddenly like that? After all, the pedal assembly is actually a lot simpler isn’t it? There’s no need for a clutch pedal to be put in place, so where is all this added expense coming in?

Complexity drives up price simply because maintenance and repair costs also go up. The harder it is to repair something, the more training technicians need to fix them. All of that costs money. On top of that, the unit itself takes more intricately made parts and is hard to design, construct and assemble.

Additional supports and stands are needed when automatic transmissions are being worked on. When repairs are carried out, much of the assembly usually has to be dismantled in order to get to problematic parts inside. This all adds to labour costs and makes the scale of the repair job much larger, even when the problem may seem “straightforward” to a trained professional.

Torque converter units were a tangle of mechanical complexity, which made them complex enough. The most cutting-edge automatic transmission systems like the above-mentioned DSG unit from Volkswagen are adding advanced digital technology into the mix, as well. This not only adds to the complexity of the overall system, but also to how hard it is to repair and maintain. Thanks to technology like the DSG with its sensors and added layers of workings, the automatic transmission is no longer just mechanically complicated, but now digitally as well.

/
Does an Automatic Car Have to Be Expensive?

Expensive maintenance is something that’s impossible to get around, unless you simply favour car brands that are known for their mechanical reliability and thus shouldn’t present you with too many transmission problems to worry about and even fewer unexpected bills. Beyond that, however, there is something to be said for the availability of affordable cars that are also automatic.

The VW brand is a good marker here as one that is known for quality building but isn’t in the “luxury” bracket. VW does offer mostly manual transmission on its more budget-friendly cars like the VW Up. On the VW Polo, however, there are 3 options for automatic transmissions starting at just over £20,000, which while not objectively the cheapest, is also nowhere near what would be considered “expensive” for a brand-new car — typically regarded as £30,000+. It can’t be denied, however, that it’s more expensive than a manual Polo which starts at around the £17,000 mark.

Other brands have compact models on the market for as little as £12,000-13,000 that sport an automatic transmission in some form. Once again, they are more expensive than their manual counterparts, some of which are even priced at under £10,000. But “more expensive than” doesn’t make them objectively expensive, nor does it make them an especially luxury item. If they were truly a luxury item, then these OEMs likely wouldn’t use them at all in their affordable compact cars.

If one looks to the US market as an example, too, it’s quite clear that an automatic transmission doesn’t have to be considered a luxury. The majority of US car sales are automatics, and that’s long been the industry trend in the US. More affordable models in the US priced between $18,000 and $25,000 often come with automatic transmissions, and they are far from being considered as “luxury cars.”

In the true and objective sense of the word, it’s correct and proper to say that an automatic transmission is a “luxury.” If we understand the term “luxury” to mean something of higher cost that we don’t need or couldn’t typically afford within our regular daily budget, then adding £800-1000 — or £3000 in the case of the VW Polo — can be considered as such. Only those wanting the luxury of convenience would shell out an added £3000 just to get that gearbox, wouldn’t they?

It’s also perfectly true that nobody ever “needs” an automatic transmission. In the UK, while we are adopting automatics at a higher rate than ever, there is absolutely no truth at all in the idea that anyone could “need” an automatic. We buy them because we want them. The vast majority of UK drivers still learn to drive manual cars, even if they end up driving automatics.

On the other hand, the growing ubiquity of automatics is steadily turning them into the norm. If something is the norm, would it still be right to call it a luxury? We’ll have to wait and see as automatics continue to be the best-selling cars in the UK.