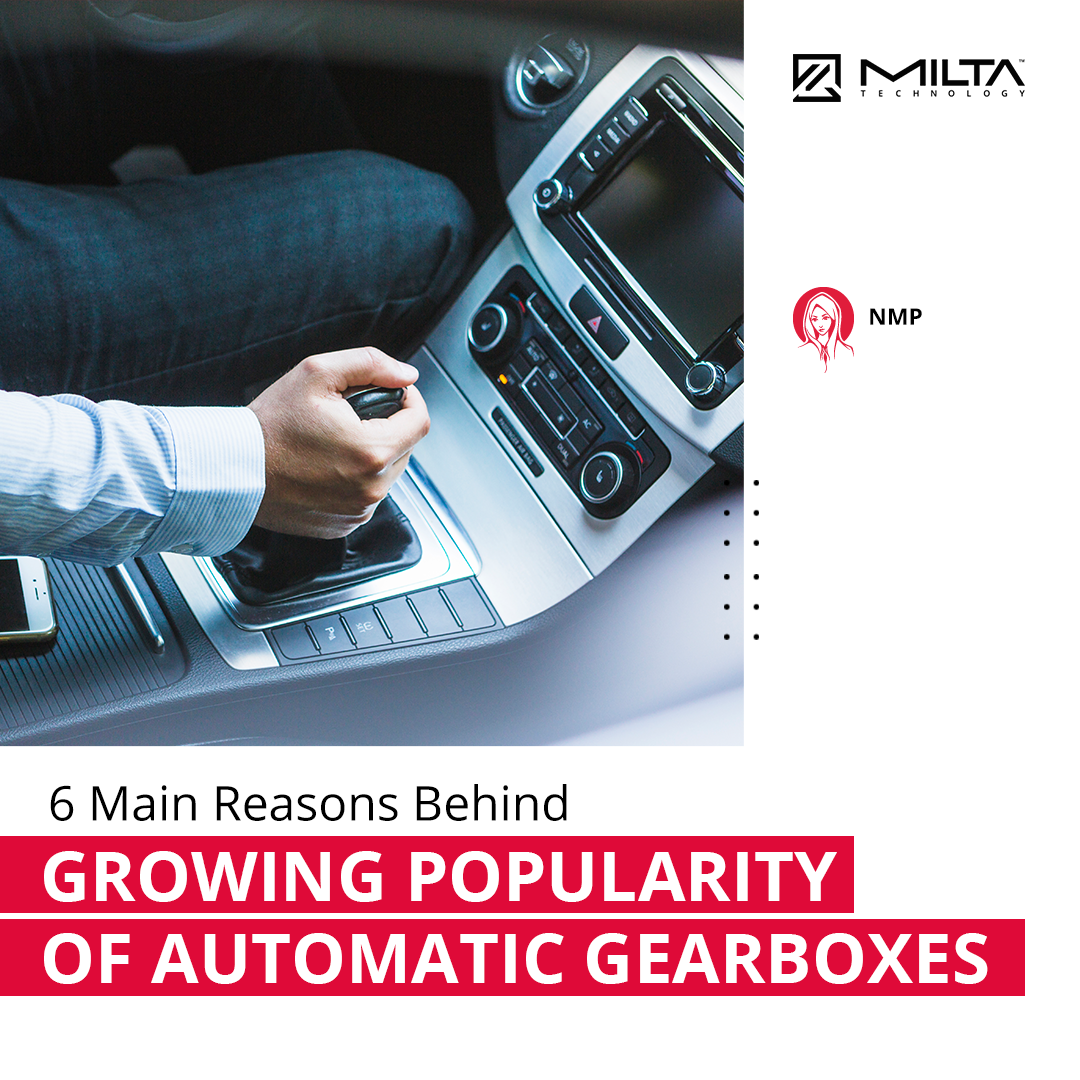 For many decades, and even though automatic cars have long been widely available in the UK car market, manual transmission cars remained top dog…until November 2020. That was when it was first reported that for the first time ever, new automatic car sales in the UK were more than half of all car sales – 54 percent to be exact, during the first 9 months of 2020.

In the minds of many drivers, this was something that felt like it would never happen, but in fact the rapid rise of automatics in the UK started about 10 years ago in 2010. It was only in 2010 that automatics still only made up 25 percent of new car sales, but that rose quickly, reaching 43 percent in 2018, and 49 percent in 2019, and then 54 percent in 2020 which by the end of 2020 had actually become 56 percent.

What explains this sudden rapid expansion of automatic uptake? We’ll be exploring the main reasons in today’s blog.

/
Reason 1: Automatics are Easier and More Comfortable to Drive

The first of the big reasons for the switch to automatic cars in the UK is the easier driving. Though there are still some important things to get used to with an automatic car, the idea of not having to manage gear ratios yourself is attractive to many drivers, especially the younger and new upcoming generations of drivers who value convenience and simplicity. Why bother with all those shifting gears and potential stalling situations when there’s a great device that will manage it all for you?

Car ownership is extremely common in the UK. The UK has a population of just over 68 million people, and yet there are a whopping 32,697,408 registered cars in the country, that’s according to nimblefins.co.uk, at least. That’s almost one car between every 2 citizens of the country, which is even more amazing when you take into account that a huge portion of that 68 million or more are children and adolescents, the very old who no longer drive, and the many people living in major cities like London who don’t bother with cars.

With car ownership this common, it means that no matter where you go, there are people everywhere driving cars. Traffic builds up in towns and cities, and people take their cars to work, on holiday, on daily errands and more. When you’re in the driving seat so much, having something simple to drive is important and welcome. Not only are automatics easier to drive than manual cars, but they are also a lot better than they used to be, which brings us to the next reason.

/
Reason 2: Automatics are Sportier and Better Quality Than Before

Back in the day, automatic cars were sluggish in acceleration, inefficient with petrol, not totally reliable (and expensive to repair), and for many people simply sucked all the fun out of driving. Things have massively changed in the world of automatic cars since then. The biggest technological advances in automatic cars started in the late 1980s, but have really picked up the pace in the 21st century.

One particular example of how the gap between manual and automatic performance has been narrowed is the rather excellent “Direct Shift Gearbox” or DSG, first introduced by Volkswagen back in 2003, but since further developed and perfected to the point where it’s now the transmission style of choice for many. The DSG improves the performance of the automatic gearbox to the point where only very experienced drivers would really sense the difference.

Beyond that, VW’s DSG technology also came with Tiptronic features, which allowed for the use of manual shifting using wheel-mounted paddle shifters. Such things were normally only seen on Italian supercars, but VW had brought them to marques as widespread and popular as the Golf!

Therefore, the improving quality of automatic transmissions across the market has prompted many people to abandon old stigmas and prejudices and instead give automatics a try. Without the technical and performance questions to worry about, there was little reason to stop people going for an automatic.

It was indeed an opportune development that quality improved and people were willing to make the change, because as it happens manufacturers have been increasing their automatic offerings ahead of manual ones anyway, leaving people with little choice! This brings us to the final main reason for the shift.

/
Reason 3: EVs Are on the Up…and They’re ALL Automatic

The final major factor is to do with OEMs everywhere ramping up electric vehicle production. Since the arrival of the Toyota Prius in 2000, and the Nissan Leaf a decade later, hybrid and electric cars were slowly gaining traction in the market, but never really gained any major purchase until an incredibly important government decision happened.

Boris Johnson’s Conservative government decided to bring forward previous ambitions to ban new petrol and diesel car sales from 2040 to 2030. Hybrid sales would be allowed until 2035, after which time they too would be eliminated. What does this really have to do with transmissions, though? Well, anyone who has driven a hybrid or electric vehicle will be able to tell you – they don’t make them in manual form!

The only current cars with manual transmissions are manual hybrids, which themselves are being steadily eliminated in favour of plug-in hybrids (PHEVs) and pure-electric battery electric vehicles (BEVs). A look at the UK’s best-selling automatic cars tells us that electrification is a big factor behind automatic cars gaining a majority share of the market. The top 5 automatic cars sold in 2020 were:

Hybrids are doing somewhat better than full BEVs at the moment mostly due to the price difference – BEVs are more expensive – and also the worry about relying solely on electric charge while local charging infrastructure is bought and installed. That last problem is also known as range anxiety.

Anyway, with new petrol and diesel sales set to end in 2030, and hybrids by 2035, there will be less and less room for manual cars in the UK market anyway. At that point, automatic will simply become the norm, while manual becomes something confined only to used cars. UK plug-in car sales took an amazing 28.1 percent of the market in 2021, almost double what it was a year before, showing that the uptake has been very fast. This ties in with the rapid increase in market share for automatics, too.