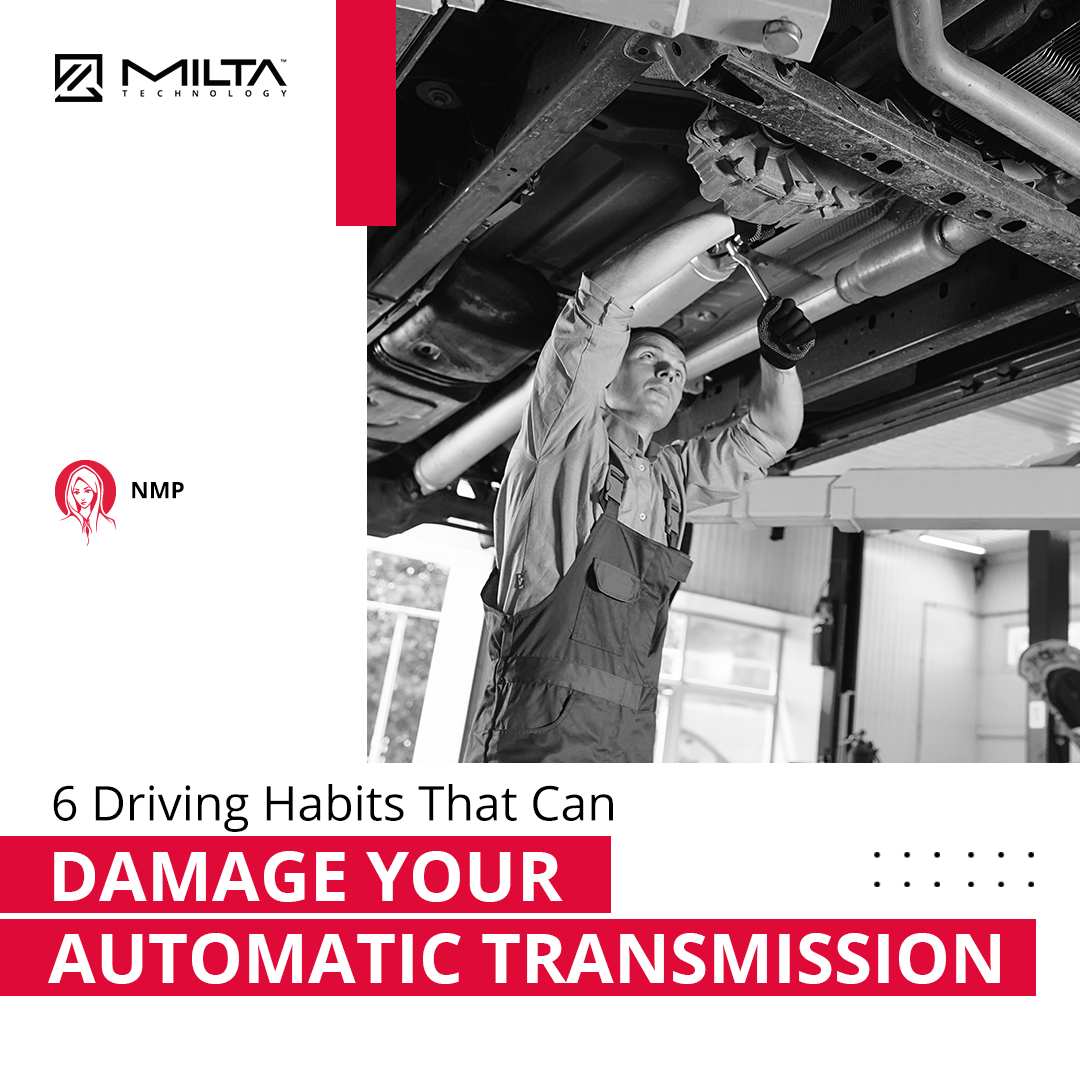 6 Driving Habits That Can Damage Your Automatic Transmission

The automatic car segment in the UK has long been a minority as most people have preferred to drive more efficient manual cars. In a country where petrol is so expensive and automatic technology relatively wasteful, that’s no surprise. On top of that, automatic cars were invariably slower in acceleration and lacked the performance pep. As time goes on, however, things are changing and now more people than ever are driving automatic cars.

/
Habit 1: Failing to Stop Before Shifting Between “D” and “R”

Let’s deal with the most common problem people seem to have first of all, and that’s when they fail to stop the vehicle before shifting from drive “D” to reverse “R” or vice versa. When an automatic car is still moving as you shift gears like that, it can cause a lot of damage. What happens when you shift too early is that you force the car’s transmission to stop the car rather than the brakes.

This puts undue strain on the transmission and will vastly increase the risk of components wearing faster and even breaking.

/
Habit 2: Revving the Engine While Idling in Neutral

Some people fancy themselves as drivers on a racetrack when it comes getting ready to move off from a standstill in their automatic car. Let’s say they’re at the traffic lights, for example, and the car is currently in neutral. They’re revving the engine in anticipation of the light turning green so that they can then slam the car into drive “D” and speed off like Lewis Hamilton.

When you do this, you’re only doing one thing, in fact, and that’s wearing out the bands of your transmission system. If you’re willing to stump up the cash to have these repaired and/or replaced, then by all means continue to rev the engine, but if you have sense you’ll realise that while it may seem fun, you are doing serious damage to your automatic transmission.

In fact, putting the car in neutral when stopping at a red light is also a bad idea in an automatic car. You might think by doing so you’ll be saving fuel, but in fact all you’re really doing is giving up proper control of your vehicle. What’s more, you won’t save any fuel this way.

/
Habit 3: Driving on a Cold Engine

This habit only really applies to drivers of older automatic cars. If your car is from at least 2014-2015, you absolutely don’t have to worry so much about this. Older automatic transmission cars experience thickening oil and transmission fluid during the cold winter months, which means that neither fluid is working at its best. The colder and more viscous the fluid, the less freely it moves between the various components in the transmission.

You need to allow some time for your engine to warm up before you start putting the pedal to the metal. So, when you start up, wait a minute or so before you start driving, and then for the first few miles at least, drive slowly and steadily without any dramatic acceleration or high-speed driving. After about 10 minutes of steady driving on the road, the engine should have warmed the oil and transmission fluid to the point where they’re working normally.

/
Habit 4: Running on Close to Empty

Are you one of those people who let’s the car run down to virtually empty before you visit the petrol station? Furthermore, when you do go to fill up the tank, do you only add a tenner’s worth? If so, you might want to rethink that strategy. Keeping the fuel tank close to low is never a good idea when you’re driving an automatic car because it means your car is becoming subject to dirtier fuel. The bottom part of your fuel tank is invariably home to sediment and other unpleasant contaminants that ruin the filters faster and make the fuel injection system your engine and transmission’s enemy rather than a friend.

This is a habit younger drivers don’t tend to exhibit, but anyone who has been driving since the 1970s or 1980s might do. In older manual transmission cars, it was a common idea that if you came to a steep slope, you should slip the car into neutral and then allow it to coast down the hill. In this way, you could save on some petrol. That actually did work on some of those old and criminally inefficient cars, but it’s both unnecessary and actually damaging when you do it with a modern automatic transmission.

Even worse than the strain you put on the mechanics, you actually put yourself in more danger when you do this because when you engage neutral “N” in an automatic car, you are essentially giving up your control of the car. In the US, a number of states have actually banned the use of the neutral gear altogether because of the way that it takes control out of the hands of the driver.

Finally, and perhaps the worst habit of them all when it comes to potentially damaging your transmission, is skipping no scheduled maintenance. Let’s make this quite clear: there are zero good and valid reasons why you should ever skip scheduled and recommended maintenance on your transmission — zero. You might think you’re saving yourself some money because the transmission seems fine right now. Therein lies the problem. Issues start small, and service technicians can spot them in those early stages and fix them before they become serious — or life-threatening.

The fact is that you need your car’s automatic transmission to be working properly in order for your car to be safe and roadworthy. Skipping maintenance is playing roulette with your car, and by extension your own and your passengers’ lives.