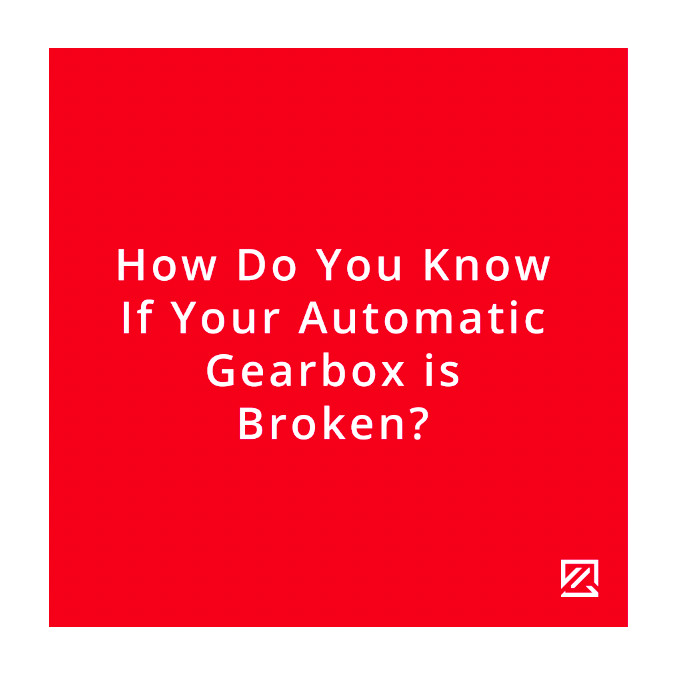 How Do You Know If Your Automatic Gearbox is Broken?

Like any other part of your car, however, it is mechanical and therefore subject to wear and tear and, ultimately, failure. The good news is that under normal circumstances, your car’s automatic transmission will not suddenly conk out on you, leaving you high and dry. There are warning signs when things are wrong with your automatic transmission, and in today’s blog we’re going to share with you what those warning signs are.

/
1. Delayed Response After Shifting into Gear

When your automatic transmission is working normally, the shift between “Reverse” and “Drive,” for example, should be seamless with no gap in between. If you sense there is a gap or hesitation, then it’s more than likely your transmission is experiencing some difficulty. The worst-case scenario is that the mode you shift into doesn’t engage at all.

/
2. Grinding, Shaking and Other Strange Noises

This is actually a warning sign common to both manual and automatic transmissions. However, if there is ever any gear slippage, it can lead to grinding and shaking as the transmission is trying to shift through the gear ratios as it normally does when you’re driving. Grinding noises and vibrations may start out small, but can quickly turn into a more serious problem when not attended to early on.

The grinding, vibrations and the apparent general “discomfort” of the whole vehicle during these times are usually caused by damaged gears in the mechanism. When the damage is small, the resulting grinding and vibrations will be small, too. But if you leave the sound unattended for any period of time, it will inevitably get worse.

Besides grinding or clunking, you might also hear whining or humming noises. These may be caused by increased friction resulting from degrading transmission fluid. This is another reason to look into a transmission fluid change.

Have you ever been driving along, probably at some speed, only to find that you suddenly start to lose traction or your RPMs are going up but your speed is staying around the same level? This situation is most likely gear slippage, and it could either be a mechanical problem or it could be an issue with the on-board computer. If it’s the latter, the signal from the computer isn’t being sent or at least is being partially interrupted on the way.

To fix this problem, a professional technician or mechanic will need to take a closer look at the system first to determine whether it’s a mechanical or digital issue.. Computer issues can normally be solved by resetting the on-board computer, but mechanical problems can take longer to fix and will need a lot more attention.

Nobody likes to see the “Check Engine” light (CEL) but its appearance for any reason warrants immediate attention. If it’s a steady CEL light then there are a large number of possible issues that it could be, but if you get the CEL in conjunction with one or more of the symptoms that we have mentioned in today’s blog, then you might have a transmission problem on your hands.

Many people are terrible procrastinators when it comes to the CEL. They are prone to thinking that the problem is that the car is just being ‘oversensitive’ or something. The fact is that many CEL appearances are for minor issues, but that’s the point. It’s a kind of early warning system, and it has detected an issue in its very early stages. That’s when it’s the best time to go and get checked out. If it’s really nothing, then that’s alright. But if it’s a small problem you can fix cheaply and quickly now, why wait for it to turn into a catastrophic large problem that could cost thousands to fix?

If it’s a flashing CEL, then your engine is likely misfiring and you need to get it fixed immediately. It’s probably not a transmission problem, but see to it anyway!

Above we have mentioned a few times the important element of lubrication that comes from transmission fluid. One other symptom of a breaking or suffering automatic gearbox is when you smell burning as you’re driving along. A burning smell is not something to panic about and you needn’t immediately worry, but you should slow down and/or consider pulling over if it persists. The probable cause in your transmission is failing transmission fluid that is causing increased friction within the mechanism.

Have a look under your car while it’s parked and see if you spot any signs of transmission fluid leakage. Any fluids leaking from your car is a very bad thing, and nearly all leaking fluids present immediate safety concerns to your vehicle. Have a look under the vehicle and see if you can see any red liquids underneath. You should move the car if you can’t see clearly. If there is red liquid pooled where you were parked, then you most likely have a transmission fluid leak.

You may also be able to smell the transmission fluid since it typically has a sweet smell similar to sweet popcorn. A leak means you have diminishing fluid levels, which by default makes your car less safe to drive.

If you experience any of these symptoms, or other problems with your automatic gearbox, you should immediately seek help from a mechanic or other professional. The transmission can’t wait for you to “get around to fixing it.” It warrants urgent attention.