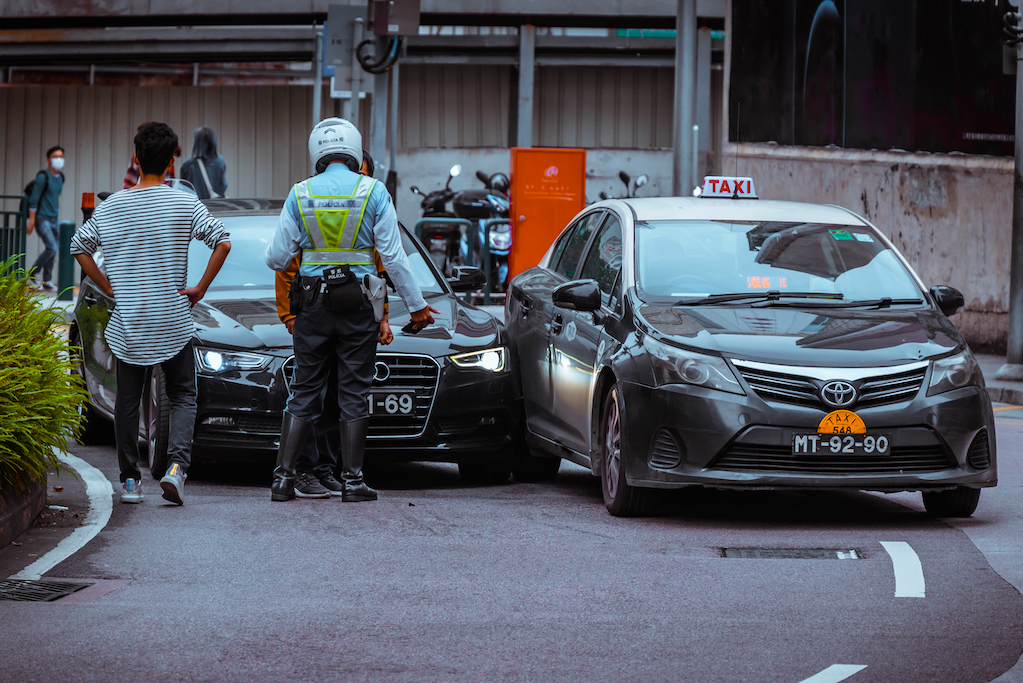 What You Should Do In Case of an Accident

Nobody wants to think of having road accidents, but the fact is that they do happen, and more often than you think. While the overall number of accidents was down somewhat in 2020 compared to 2019, there were still more than 117,000 accidents of varying degrees of seriousness in the UK. Among them only 1,658 were fatal, but that still leaves many situations ranging from “Serious” to “Slight.”

If you’ve never been in a car accident before at any speed or at any level or seriousness, then your first question might be to wonder what you should do next. In today’s blog, we will offer up advice on how to handle accident situations. For the purposes of our explanation, we will divide accidents up broadly into minor and serious types.

A minor accident could constitute a low-speed “fender bender” where one car collides with the rear end of another vehicle. These are very common but very rarely result in injury or serious damage done to either car. What should you do in these situations?

Step 1: Pull Over Safely and Stop

In a minor accident, all vehicles involved are most likely still in good working order so pulling out of the road to allow other traffic to flow is a good idea. If there is any debris in the road, don’t take any risks to collect it. In low-speed and minor collisions, it’s not likely anyway.

It’s very important that you stop your car after an accident of any severity level, because not to do so is an offence under the Road Traffic Act and can result in your prosecution.

Step 2: Check to Make Sure Everyone in the Car (and the Other) is Alright

Once you’ve stopped, check among your passengers to ensure no one is injured. If everyone had their seat belts fastened, then there shouldn’t be any problems, but there could be some minor whiplash depending on how each passenger reacts physically to the impact. Get out of your car and ensure that the same is the case for the other driver and any passengers they have with them.

The next crucial stage is to offer your name and address, as well as insurance details to the other party, but also to collect theirs. If there were witnesses to the accident, try to get their contact information as well. At this stage, unless you know you were the one in the wrong and that’s not under dispute, you should avoid apologising or accepting blame until it can be more clearly established what happened. If you accept blame or make those apologies, they could count against you later on.

The next stage is to take note of the details of all vehicles involved in the crash and take photographs of the vehicles and any damage. Ensure that the time and date of the crash are also recorded. If there has been damage and the cars are still in the road, then recording their relative position is important, too.

The next stage is to contact your insurance company and let them know what has happened. You should do this regardless of whether you plan to make a claim or not because it’s quite possible the other driver might try to make a claim against you. Therefore, the insurers need to know either way.

If the Accident is with a Stationary Car or Object

If you have a collision with a parked car, a signpost, a fence or other stationary object, then you should do the following:

In a serious accident, some of the steps are the same as above, but there are a few other things you should do as well.

Step 1: Stop and Don’t Drive Away

In a more serious accident, be it a collision, hitting a pedestrian, or something else, leaving the scene is a criminal offence.

Step 2: Switch Off the Car and Call Emergency Services

Turn off the engine and activate your hazard lights. If you are able to call for an ambulance and the police yourself, then you should. While other witnesses or bystanders may do the same, you should take it upon yourself to do it too. If the accident looks serious, both services will be needed.

Check yourself and your passengers first, and then look to the other parties involved. If you have warning triangles in your car, place one 10 feet behind your car, and another 100 feet behind, taking great care as you do.

Step 4: Remain Calm and Wait for Police and Ambulance to Arrive

Once emergency services are on their way, get to a safe location and await for them to arrive. Don’t worry about anything else other than keeping yourself and your passengers safe.

Step 5: Exchange Information as Described Above

Depending on the status of all parties involved, this may not happen straight away, but it will at some point and the police may help facilitate that.

Should I Call the Police After an Accident?

When the accident appears serious, then it’s always important to call the police. You should also call in the event that you have an accident with a stationary object the ownership of which you can’t establish. Here are some more circumstances in which you should contact the police after an accident:

When you do feel you need to contact the police, you should do so within 24 hours, otherwise you too could face fines or even penalty points on your licence.

Could This Be a “Crash for Cash” Scam?

While they are not so common in the UK, there are some who attempt to extract money through false insurance claims, which leave you on the hook for the damages and after-effects later on. Typical situations include:

The other driver will quickly try to blame you for the situation and have their insurance information prepared in advance. You can avoid these scams if you are wary of erratic behaviour from other drivers, always leave plenty of space between you and the driver in front, and keep watch to see if a car in front of you appears to have no working brake lights.

Installing a dashcam is also a good idea as it will record and store the situation on a hard drive that you can use as evidence against scammers. They are increasingly deterring scammers from even trying, so they’re a good thing.