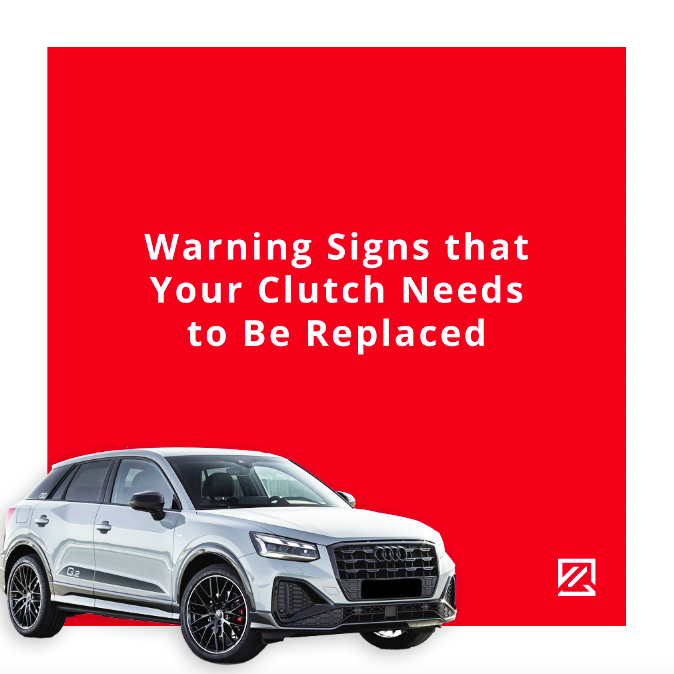 Warning Signs that Your Clutch Needs to Be Replaced

There’s no two ways about it, your car’s clutch is a critically important component that it cannot do without. A quality clutch that has not been abused by its owner should last for about 60,000 miles before it needs replacing. The very best of them might last as long as 100,000 miles, while the most abused and mistreated or poor quality clutches might only make it barely to 30,000 miles.

Regardless of the lifespan of your clutch, it will end, and it’s impossible to say with any certainty which of the above mileages you will reach. It’s more likely to be somewhere in between any combination of two of the above-mentioned numbers.

Pay attention to any one or a combination of the following six warning signs. Any one of these could indicate that your clutch is nearing the end of its lifespan, or at least that it is in dire need of the professional attention of a mechanic.

While the clutch is a pedal many of us get used to pressing, it should go down with a modicum of resistance. If you feel that resistance has gone and the pedal is feeling too easy to press, soft or spongy like putting a knife through butter, then trouble is brewing. We mention this one at the top of our list because it’s one of the earliest warning signs of problems in your clutch.

You shouldn’t automatically think that a spongy clutch means you have to replace it, however. It might just mean that your clutch fluid is low, and there is air in the line. Replacing the clutch fluid might be the solution you need rather than an entirely new clutch, but only a qualified mechanic will be able to determine that.

2. You Are Experiencing a Slipping Clutch

Clutch slipping refers to the times when you shift gear and then hit the accelerator only to find that your normal fervour on the accelerator pedal is not met with any actual acceleration. You might even get the RPMs from the engine, but again no actual forward throttle. It can be quite a disconcerting feeling. Typically, it manifests as a delay rather than an outright absence of any acceleration.

The main cause behind clutch slipping is the pressure plate and the clutch disk and the releasing system that helps govern them. It could also be due to a poorly machined flywheel or poor installation of a new clutch, in fact.

3. There Is a Burning Smell

Burning smells in your car can come from various sources. For example, if you have oil leaking into the engine bay and it heats up, you might smell that in the passenger cabin. Your clutch can also be a source of overheating, and that’s what you can smell if you’re using the clutch and you notice a burning smell.

Overheating brings an inordinate amount of premature wear and tear to the clutch plate, and that is definitely not good. If the clutch has been with you for some time and is now overheating and wearing the plate down more, then it’s definitely time to look into a new clutch.

4. You Are Struggling to Change Gears

Do you recall how easy gear shifts were when you first got the car? This should be especially true if you bought the car brand-new. When the clutch is new and in full working order, gear shifts are seamless and easy. When the clutch is failing, they can become exceedingly difficult, frustrating and accompanied by very unsavoury noises.

In particular, it affects shifting from first to second gear, and also shifting into reverse. These are the most affected. Unfortunately, they’re the gears you need whenever you’re moving from a standstill, so it’s a big problem. Driving with the clutch in this state will likely do further damage to the gearbox and so it needs serious repairs or replacing as soon as possible.

5. The Biting Point Is Getting Higher

Next, you likely have gotten used to your car’s clutch and gear shifting over the time you’ve owned it. Have you noticed that the biting point — the point at which the clutch and accelerator meet in harmony to allow the car to push forward in its new gear ratio without disrupting the drivetrain — is getting higher up?

Squeaking from the brakes can be a normal noise to hear when the brake pads are starting to get to the end of their life, but you should hear no such noises when pressing the clutch pedal. On the whole squeaking and grinding noises should be met with an unwelcome ear wherever they occur in your car.

The likely cause of the grinding noise is a bad transmission input shaft bearing. A squeaking could be a bad pilot bearing or a bushing in need of attention. These are all significant repairs that depending on their degree could mean that you ultimately just need a new clutch altogether.

/
Conclusion: Ignoring the Clutch Warning Signs Is Not an Option

No car can do without a working clutch, whatever form it comes in. You need to pay close attention to these warning signs and be able to sense when the time is right to replace the clutch. As you notice warning signs, reflect also on the amount of mileage that this clutch has done already. If it has exceeded 50,000-60,000 miles, then it’s very likely time for a new one.