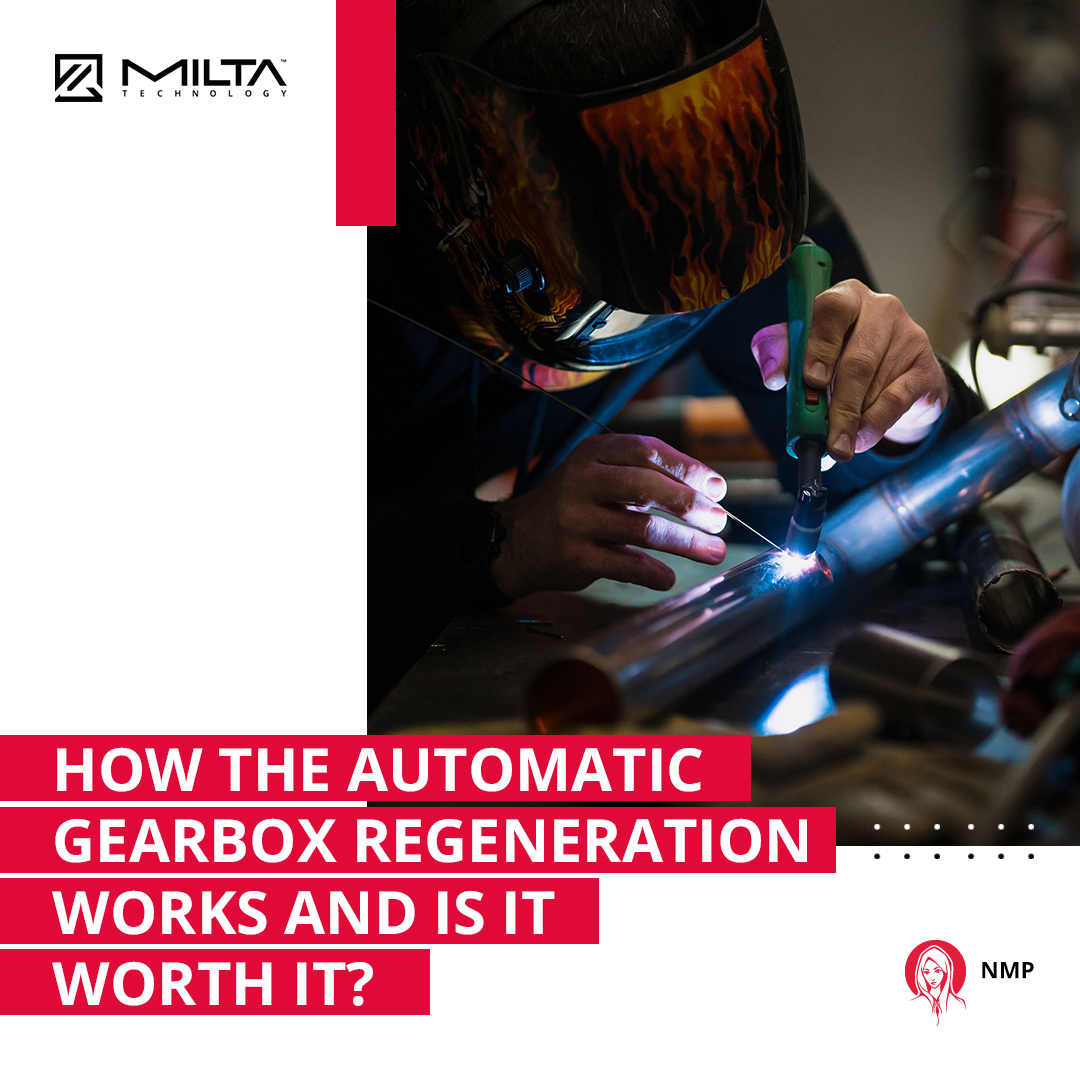 How Automatic Gearbox Rebuilding Works: Is It Worth It?

Your automatic transmission is one of the most complex and mechanically difficult parts of your vehicle. If you service it regularly, it will serve you for a long time, perhaps the entire time that you own the car, and without any major incident. That would be great, of course, but it’s often not the experience that a lot of people have.

However great the build quality of an automatic transmission, the fact remains that things can and do go wrong over time. This means there’s a good chance that one day you’ll have to make an important decision regarding your automatic gearbox: repair, rebuild, or replace? In particular, the last two in that list can present a difficult dilemma for some.

In today’s blog, we’re taking a look at these options, what they mean, and when in particular rebuilding the transmission is a good option (or not).

/
Repair Vs. Rebuild Vs. Replace: Definitions

First of all, let’s be clear on the terms that we’re using, starting with “repair.” As you might assume, when we say repair, we’re referring to the act of fixing the minimum number of defective parts that it takes to get the transmission back to acceptable working condition. It’s typically the most cost-effective way to deal with problems, but depends heavily on getting the initial diagnosis correct of what’s wrong with the unit.

Next, let’s look at the term “rebuild.” To rebuild the transmission means to take the structure apart piece by piece, removing any and all defective or broken parts and replacing them with new ones, cleaning up the remaining working parts and then reassembling the transmission. It’s essentially a more extensive form of repair that is more costly and takes more time, but is a good way to essentially get the transmission back to near-new status.

Finally, we have the term “replace.” This one is fairly self-explanatory, meaning simply to take out the old transmission entirely, good parts and bad, and replace it with an entirely new unit. Of the three, it is the most costly, but some feel it’s the best way to guarantee success and quality.

/
Automatic Gearbox Rebuilding – How Does It Work?

Let’s now take a look at rebuilding the transmission as an option, sometimes also referred to as “regenerating” the gearbox. It’s quite similar in principle to the idea of getting a rebuilt engine instead of replacing it with a brand-new one. Like an engine, an automatic transmission is made up of a huge number of connecting parts. Most estimates put the number of individual parts at 800.

With so many interconnected parts in play, it stands to reason that even a relatively small number of parts going wrong could upset the balance of the entire transmission unit. The most common components to wear out completely are gaskets, seals, bands and clutches. A rebuild job will typically also involve replacing the torque converter and the solenoids, as well.

Rebuilding is a process where a mechanic or technician will first take time to identify the problematic parts, and then replace them, before rebuilding and refreshing the entire unit. In simple terms, the step-by-step process would look something like this:

Step 3: Identify broken or defective parts and replace them with new components

Step 4: Clean and restore the remaining and existing parts

Step 5: Reassemble and restore the transmission

Pros and Cons of Transmission Rebuilding

Pro – Cheaper Than Replacement
While there is still a considerable amount of labour involved, the overall cost compared to replacement is lower because you are only paying for the components that you replace as opposed to having to pay for an entirely new transmission. Therefore, it’s fair to say it’s cheaper than replacement, but just to be clear, it’s not “cheap” in and of itself as a process.

Pro – More Thorough Than Repairing
A repair job is a bit like sticking a plaster over a serious wound in your transmission. It might get you back on the road in a shorter time and with less expense, but it generally will fail to address the more fundamental problem with the transmission. A rebuilding job will look at each individual part and determine which can simply be cleaned/restored, and which need replacing entirely.

Pro – Longer-Lasting Results
Following on from the previous point, the more thorough nature of the rebuilding process makes for longer-lasting results when the transmission is restored and the vehicle returned to the customer. You haven’t quite got a brand-new transmission, but you’ve got something that comes in a very close second, and that will serve you for many years to come, with proper and timely servicing moving forward.

Con – Can Be Expensive
On the other hand, as we mentioned in the first “Pro” point, it can’t be ignored that rebuilding the transmission is an expensive process. It’s cheaper than replacement, but is by no means a “cheap” process at all. The main source of the expense is the many hours of labour required to remove, disassemble, clean/restore, repair, and then reassemble the transmission before putting it back. It’s time-consuming work.

Con – An Imbalanced “Refresh”
Finally, one more criticism some people have of the process is that it’s like paying for something close to a replacement, but without actually replacing all the things that need it. You end up with a half-new and half-old transmission, which while admittedly cleaned and restored, is still a mixed bag of old and new, and not as reliable as a full, clean replacement.

/
Verdict: Is Automatic Gearbox Rebuilding Worth It?

There are definitely some drawbacks to rebuilding a transmission, but what makes it a great option is that it allows for those with a larger budget to access more comprehensive repairs without having to go the whole way and replace the entire transmission. For many, the expense of rebuilding is acceptable because it is still far less than one would pay simply to buy a new car.

So, in this sense, it’s definitely a worthwhile investment, and a good option. However, one should not dismiss a transmission replacement if a mechanic suggests that this would be the best thing. It could well be that replacing the transmission is essentially a step to make your car like new again, and thus it’s actually worthwhile, rather than investing in another vehicle altogether. In the end, listening to the advice of one’s mechanic is important.