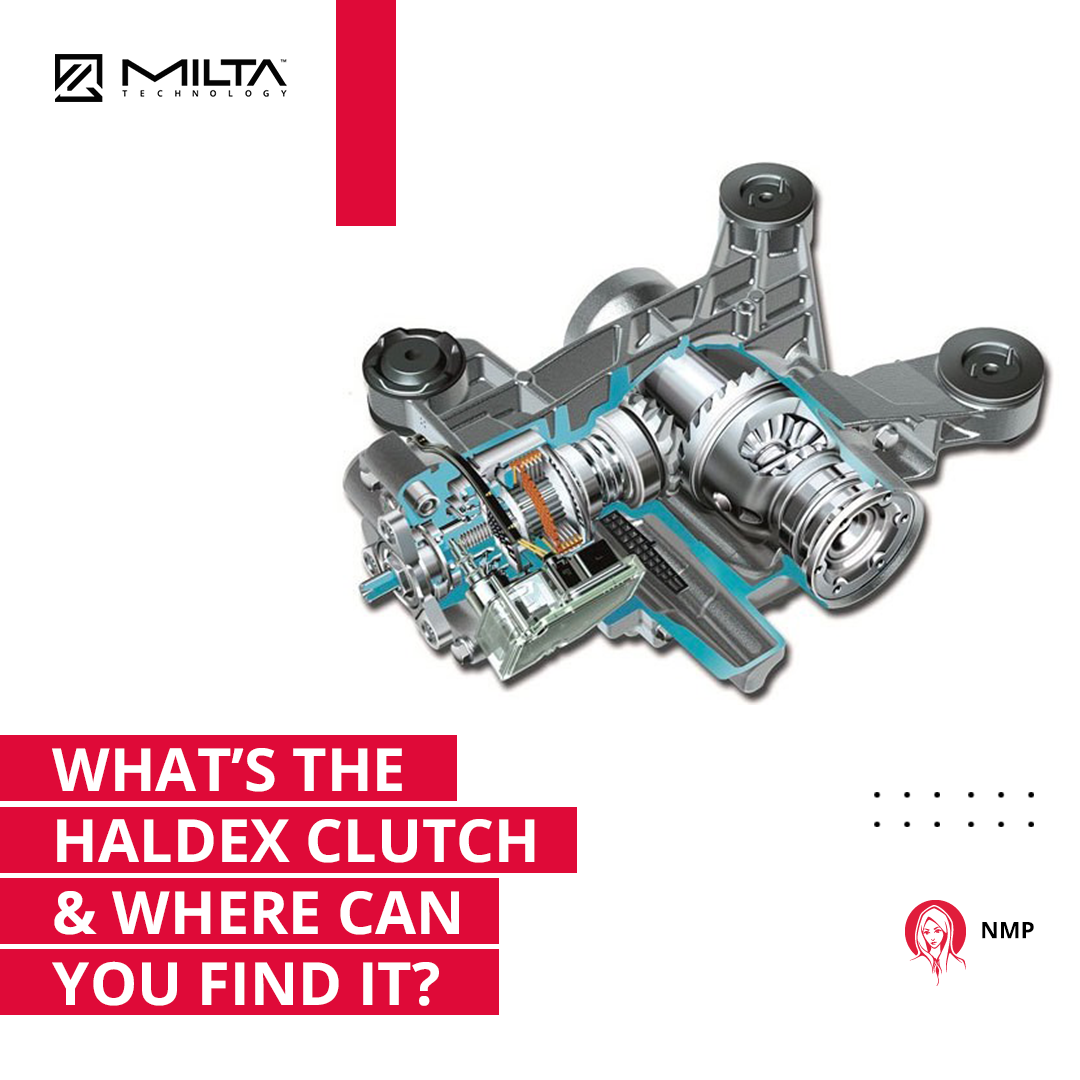 What’s the Haldex Clutch and Where Can You Find It?

How much do you know about your car’s AWD system? If you drive a SEAT, for example, and you were told that you have a Haldex clutch system, would you know what that meant? While these things are not exactly a matter of life and death, knowing more about your car’s drivetrain, powertrain and other critical systems is always a good thing.

With that in mind, we have prepared today’s blog, an introduction to Haldex clutch systems, what they are, and how to identify them on your vehicle. While several different automotive brands make use of them, they have long been most extensively used across VW-brand vehicles, including Volkswagen, Audi, SEAT, Skoda, as well as the Lamborghini Aventador LP and the Bugatti Chiron.

/
What is a Haldex System?

A Haldex AWD system, sometimes called a “Haldex coupling” is a multi-plate clutch manufactured by the Swedish company of the same name — now owned by BorgWarner — that helps manage the distribution of torque between the front and rear wheel axles. It is electronically controlled as a component within the Electronic Stability Control (ESC) system.

How Does it Work?

Haldex is a system that is invariably applied to FWD vehicles to make them AWD through the use of electronic sensors and differentials that can instantly and automatically detect when the vehicle would benefit from an AWD-like distribution of torque to the rear axle. Such a situation includes when the sensors detect that the rear wheels are experiencing slippage.

Between 1998 and 2012, there have been five generations of Haldex system developed:

The first generation arrived in 1998 and was first used on the Audi TT, as well as the VW Golf and the Audi S3 8L, and then subsequently many other models, too.

The second generation arrived in 2001 and was an electronically controlled permanent 4WD system that used a special differential to work out how much power to send to the rear axle.

The third generation arrived in 2006 and was developed mostly for off-road use, first being applied to the then-new Land Rover models, and then Volvo cars.

The fourth generation arrived in 2007 and was used in a number of higher specification sportier models.

The fifth and current generation arrived in 2012 after being announced in 2009, and has been overhauled and simplified after BorgWarner took over the business. Its main key feature now is the electro-hydraulic clutch actuator.

If you want to identify which kind of Haldex system your car has, then just looking at the model year isn’t always enough, because there has been a lot of overlap, especially between generations 1-4, and then generation 5. Here are some identifying features to help you spot the most commonly used Haldex systems: generation 1-2, and 4-5:

In Volkswagen Group (VAG) vehicles, the coupling unit is located alongside the differential

If you’re in doubt of the location of your Haldex system, then check your owner’s manual, or consult with your dealership or regular mechanic.

/
Pros and Cons of the Haldex System

Because of the way Haldex technology works, it actually makes AWD technology much more affordable, and means it can be applied to more vehicles and offered as a viable option. In markets like the UK and mainland Europe, roads are often narrower, and bendier than they are in places like the US and Canada. The added traction and balance that an AWD system brings is therefore greatly beneficial.

In the past, the problem was that such technology greatly drove up the cost of vehicles, even when just temporary. Haldex is a technology that has made it possible for virtually any vehicle, even smaller hatchbacks, to benefit from the addition of AWD traction.

The typical trade off when it came to getting an AWD vehicle was that you’d gain traction and off-road capabilities, but at the same time you’d sacrifice fuel efficiency. For many, it was a fair bargain, but in these times of ever-rising fuel prices, it’s harder to swallow. Under these conditions, Haldex is a preferable technology because most of the time the car will use its typical FWD drivetrain, which helps to conserve fuel, only bringing in the assistance of the AWD system as and when it is needed. It’s essentially the best of both worlds.

Pro – Can Be Used as Modification

Another great benefit of Haldex technology comes in the way that it can be applied retroactively to vehicles that weren’t built to be AWD vehicles. If the car in question runs on a FWD drivetrain, then it’s generally possible to install a Haldex system and provide the added benefits of the AWD traction when needed. It can be a great way to modify an older car, modernising it to make it better for modern-day driving.

The main criticism of Haldex systems early on was that they generated a pretty serious problem of understeer. One good example was the Audi RS3, which when released had some notable understeering issues. The good news, however, is that this was ironed out over time as newer generations of the Haldex technology were released. The problem early on was the computer technology wasn’t fast enough to really keep up with the need for traction being sent to the rear axle. As we all know, however, that reality has changed, and now the shifts are seamless.

Without doubt, the advent of Haldex AWD drive technology has been of a net benefit to drivers everywhere. While a minority of die-hard permanent AWD system fans decry Haldex as not a true replacement, the fact is that a hybrid, best-of-both-worlds arrangement has proven popular and effective. It has brought the cost of the technology down, and allowed many more people to benefit from it.