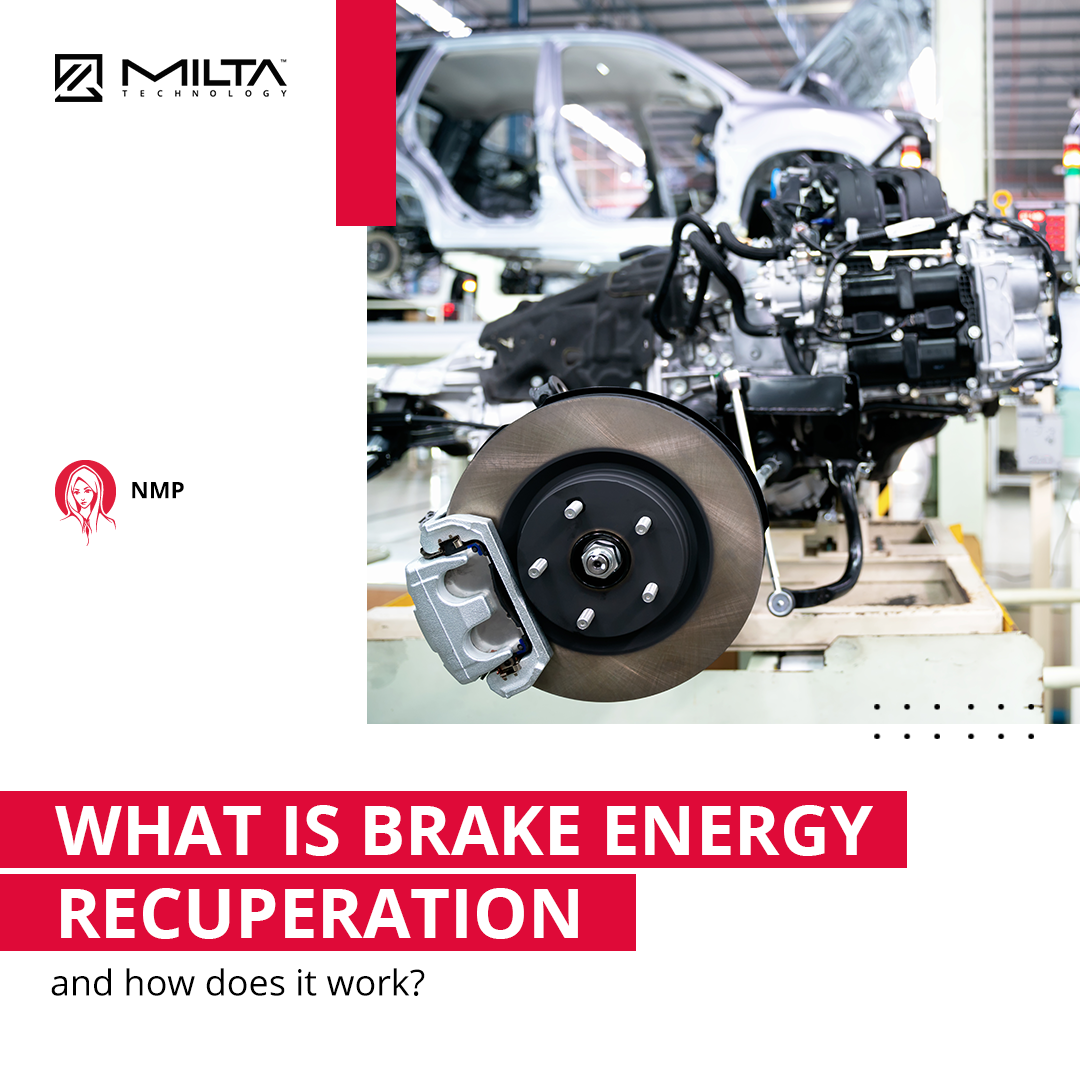 What’s brake energy recuperation and how does it work?

The concept of brake energy recuperation, now known more commonly as “regenerative braking” is a groundbreaking and potentially game-changing technology that is chiefly employed in hybrid-electric (HEV/PHEV) and battery-electric vehicles (BEVs). The main idea is that as the car is slowing, kinetic and mechanical energy from the wheels can be captured and transformed into electrical energy that gets sent back to the battery.

This type of technology has numerous key applications, chiefly having the potential to greatly expand electric vehicle battery life, and thus improving their overall single-charge range. While the technology is currently fairly limited in that scope, it has already advanced greatly to become a mainstay in virtually all new electric vehicles that come on the market.

/
How Does Brake Energy Recuperation Work?

Regenerative braking is possible because of the way that hybrid and electric vehicles are driven by electric motor drivetrains rather than by an internal combustion engine. When you apply the brakes on a regular car, such as a VW Golf, or Audi TT, the energy generated is entirely wasted in the form of heat. There was no real way to capture this until electric motors started to be used.

In simple terms, the electric motor runs in two directions. When it runs in one direction, it powers the wheels to drive or reverse, but it can also be run in the opposite direction to try and slow the car. As it does so, a portion of the energy generated by the motor can be simply redirected and channelled directly back into the car battery.

The three main technologies behind brake energy recuperation are electromagnetic (currently the most common), flywheel, and electromagnetic-flywheel.

The very first car in the world to feature an electrical regeneration brake was the AMC Amitron concept EV, but this never made it to commercial production. It was the Toyota Prius that first made the technology commercially viable. In the earlier version of regenerative braking, the driver applied the brakes as they normally would to initiate the process.

The typical experience was for the driver to apply the brakes, which would feel somewhat spongy or less responsive initially as the regenerative technology was working, after which the regular braking strength would kick in.

The more modern systems are now far more sophisticated and have been integrated into so-called “one-pedal driving” systems. Using these styles of braking, the driver only needs to remove their foot from the accelerator pedal in order to activate the regenerative braking process. Many cars allow for drivers to change the strength of these braking reactions, either very mild, slowing the car very gradually, or much stronger, even capable of bringing the car to a complete stop.

The looser braking systems are more useful when driving on the highway. You can release the accelerator, and the car will only slow about as much as it would under normal circumstances. The stronger brakes are mostly applied in heavy stop-and-start traffic situations. The car’s own sensors and ADAS systems help to make sure that the braking is strong enough to bring the car to a complete stop at a junction, as well as within a safe distance from the car in front.

One-pedal driving doesn’t mean, however, that the brake pedal has been taken away. The brake pedal is very much present, and the regular hydraulic system still works just as you’d expect. The difference is that regenerative braking now works separately, and saves wear and tear on the regular brakes.

One of the driving forces behind creating one-pedal systems was the perceived safety problems with the brake-pedal models showing signs of sponginess and lack of brake response. It was not very safe if the car got into a situation where an emergency stop was required. The modern one-pedal systems keep the two systems separate.

Regenerative braking works from the release of the accelerator, whereas the regular hydraulic brakes are also there to provide stronger stopping power in emergencies. In fact, one of the biggest benefits of these systems is how they can help the regular brakes last longer.

/
Can Petrol Vehicles Use Regenerative Braking?

Yes, petro vehicles can also make use of brake energy recuperation systems, and those that do typically use the electromagnetic system. The main difference between the system in petrol cars is that rather than channelling collected energy into the main battery, it is instead used to give power to the car’s many electronics systems, although it can be channelled to the battery if needed.

This kind of technology is not commonly applied to many production models, but has been used on some racing cars, such as many recent prototypes for the Le Mans 24-hour racing event.

/
Can Regenerative Braking Double the Range of a Hybrid/Electric Vehicle?

Alas, it appears that while we can make regenerative braking more efficient and more effective over time with new technology, we will sooner or later likely hit a wall on what it can really do for us. EV batteries have a maximum recharging rate in their circuits, not to mention a fixed capacity. The energy recaptured by braking force will always be fractional and limited, with a big portion of that energy still being lost.

What’s more, these systems are currently very heavy, and adding weight to the vehicle makes it have to work harder to move it along in the first place. The main benefit of this technology is felt by those who are driving their hybrid or electric cars in the city encountering stop and start traffic. With the added weight, it can actually negatively impact fuel efficiency or electric range when applied to motorway driving.