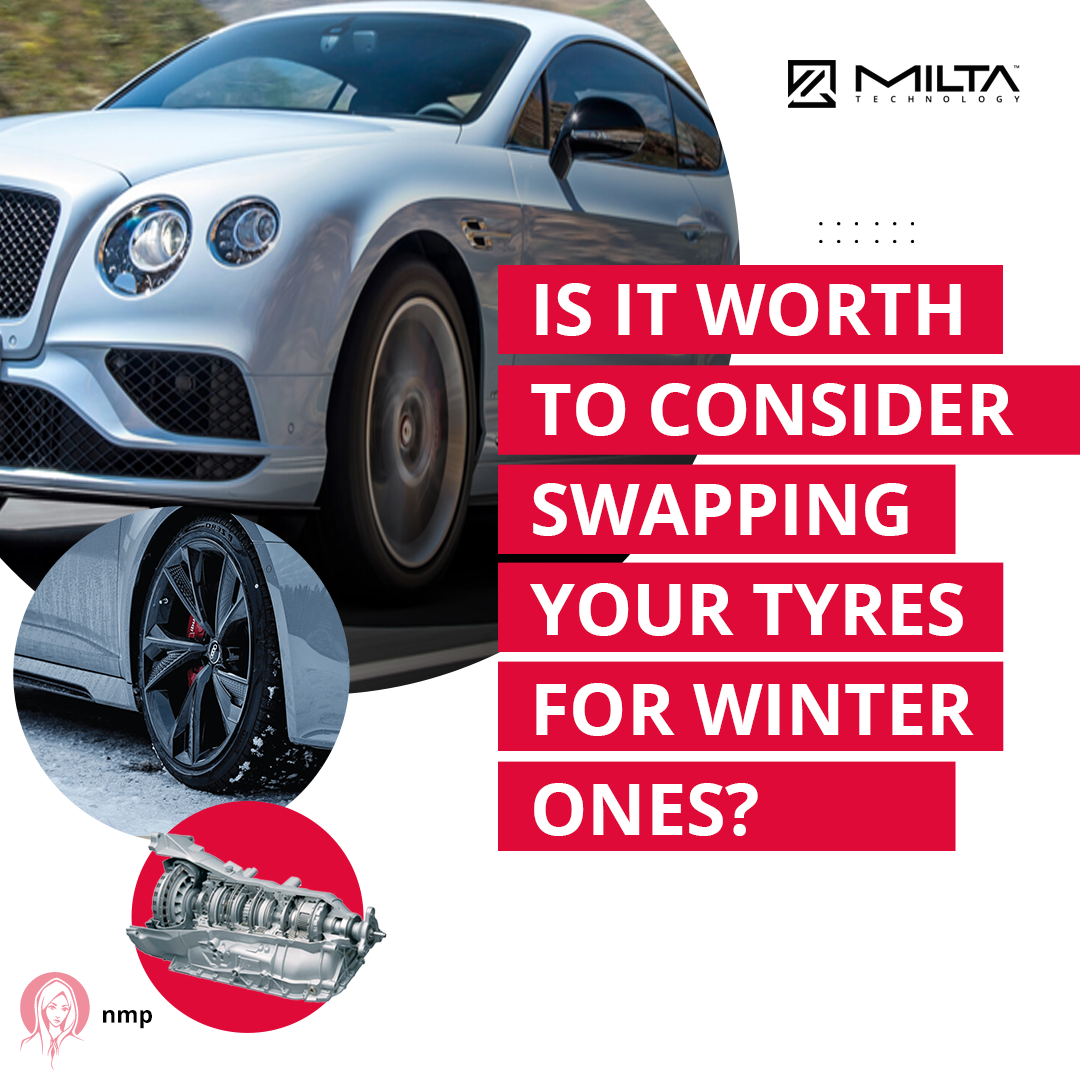 Winters in the UK are far from pleasant, but they’re hardly Siberian or Canadian in their scale and severity. Brits are rarely buried beneath 20 feet of snow, nor do we need armies of snowplows on our roads to clear them after snowfall. We do get snow, roads do get blocked, and roads do get icy and dangerous, but it’s all on a much smaller scale.

In the northeastern United States, Canada, Russia and other places where winter is a real matter of life and death, winter tyres on cars are a common sight. But what about in the UK? Do we need winter tyres? Some say they’re a useful tool, whereas others say they are just a waste of money. What’s the reality? In today’s blog, we will try to shed some light on what circumstances might warrant winter tyres and when they may not be worth it.

/
What are Winter Tyres?

Winter tyres, as the name suggests, are a special category of tyres that are designed to greatly increase on-road traction for vehicles driving in wintry conditions. They come in different forms, some with deep-cut treads, some with studs, and other designs. To be clear, however, it is not accurate to call winter tyres “snow tyres” or “ice tyres.” They might be snow or ice tyres if they have metal studs, but most winter tyres are those with deeper and more intricate tread designed to provide better grip in slippery conditions.

How Do They Work?

As we mentioned above, winter tyres are typically made with a more intricate tread pattern. This is not arbitrary, but rather a mechanism by which moisture can be more quickly and efficiently removed and displaced. In addition, this more complex tread pattern can provide a better “bite” into snow and ice, thus helping add traction, certainly a lot more than you get with summer tyres or even all-season tyres.

Another distinguishing feature of winter tyres is their increased levels of silica in their composition. The extra silica is what helps them stay supple even when temperatures plummet below zero. Summer and all-season tyres will get very stiff in winter conditions, which causes them to lose traction and slide across wintry roads. Only when a tyre’s rubber is soft and supple enough can it properly grip the roads.

One more special design feature that helps winter tyres to be more effective in cold and snowy conditions is the way that the rubber blocks on them vibrate when the tyre is moving. The vibration helps the winter tyre to shake off any snow that may otherwise become lodged in the tread and cause the tyre to lose traction. If the tread were clogged, its gripping power would disappear, and that’s what would happen with all-season and summer tyres if used in snow.

/
When are Winter Tyres Useful?

As their function and design would indicate, winter tyres are most useful in cold temperatures where there is significant risk of snowfall and/or icy conditions on the roads. The typical temperature threshold at which most experts recommend the use of winter tyres is 7 degrees Celsius. The UK is a country in which winter will bring temperatures that low in most of the country, so in terms of temperature, winter tyres do have a place.

But temperature alone isn’t always enough of a reason. The main condition in which winter tyres become useful is when there is significant loss of traction in your regular tyres on the road. If there are thick drifts of powder snow, wet and slushy conditions, and/or the presence of ice, then winter tyres will add a useful advantage.

/
Could I Not Just Use Winter Tyres All Year?

Right now there are virtually no laws in the UK that cover the use of winter tyres. The lack of real extremes of winter doesn’t warrant much regulation. There is neither a law demanding winter tyres be used in the winter, nor a law that says you couldn’t just use them all year round. If they’ll be needed in winter and there’s no law stopping you from using them in summer, then why not just make them your default tyre, right?

Actually, using winter tyres even in the UK’s relatively wet spring and summer seasons would be a bad idea. Winter tyres wear out faster in warmer conditions than summer tyres do, and when the weather isn’t below 7 degrees, their traction advantage actually starts to disappear. Therefore, using winter tyres outside of winter is not advisable.

Some wonder if we need winter tyres if our vehicle already has 4WD or AWD as a feature. It’s a good question, since these systems do provide additional traction in your regular tyres. If you were to compare the two, you’d find that 4WD systems are more useful for being able to set off quicker from a standstill than winter tyres, but when it comes to braking they won’t offer any help at all. When you’re braking and manoeuvering, your tyres are very important. Winter tyres will generate more cornering grip than regular tyres backed up by 4WD or AWD, and that’s important on winter roads.

/
Are All-Season Tyres Not Enough?

Another solution people point to is all-season tyres. The name suggests that they will work well all year round, and that’s definitely true. For many parts of the UK where the winter isn’t too extreme, all-season tyres are a perfectly workable alternative. These tyres are designed to provide a best-of-both-worlds approach, increased traction in wet and wintry conditions but suppleness and slickness in warmer summer conditions.

These tyres are designed for temperate zones where there is an absence of temperature or weather extremes. That’s a good match for much of the UK where snow and ice extremes are quite rare. That being said, there are parts of the UK, especially in northern England, and elevated areas of Wales and Scotland, where winter tyres can be very useful indeed. Elevated parts of the country get much more snow and ice, which warrants the use of winter tyres. It’s thus best left to the individual to judge according to their local conditions.

/
Are Winter Tyres Worth It?

Winter tyres are absolutely worth it if the road conditions during the winter months — November to March — are particularly snowy or icy. If temperatures are below 7 degrees for most of the day, and there is significant loss of traction on the roads, then use of winter tyres is absolutely a good idea. The main issue for some is storage, which can be a problem. Those without a garage or other storage solution could look into the possibility of either renting winter tyres, or renting storage space temporarily to place their other tyres.