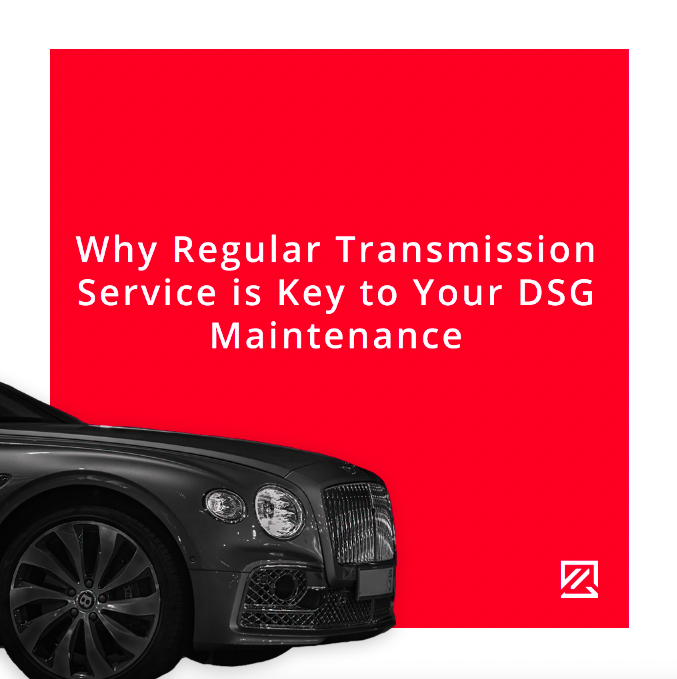 Why Regular Transmission Service is Key to Your DSG Maintenance

The direct-shift gearbox (also known as a “DSG” or a “DSG gearbox”) was first introduced by Volkswagen back in 2003. The notion is now established in the automotive industry that the DSG is essentially a high-performance transmission that operates in much the same way as a regular automatic in many ways, but contains several key components and features that allow the driver more flexibility in its use.

The benefits include faster shifting to match the efficiency and performance of a manual transmission, but also while being fuel efficient, saving up to 20 percent in fuel usage compared to a regular automatic transmission. Some argue, however, that the complexity of the unit creates a kind of downside in that maintenance for the unit can be expensive, especially if small issues are allowed to turn into more serious problems.

In today’s blog, we’re looking at why regular transmission servicing is the only way to keep your DSG in good order.

First, let’s look at the types of regular maintenance that a DSG needs to be performed on it. The complexity and apparent expense of the DSG can lead some to put off routine maintenance for fears that the maintenance costs will get out of control. The central message of our blog today is that if you don’t at least invest in the following typical maintenance procedures, then you will be making false economies because it will be a much bigger expense bill that comes your way in the end.

Every 40,000 miles or so, your DSG will require fluid and filter changes. The most popular DSG variants — that’s the 6-speed with wet, multi-plate clutch packs — have their clutches submerged in gear oil that both lubricates and cools the unit down. The fluid also catches material that is shed from the clutch plates over time. These are filtered out, but just as your car’s oil filter, air filter and other filters get clogged, so too will this one.

The unit therefore needs clean gear oil to replace the old stuff, as well as a filter change to go with it. If you miss this critical step, then the performance of your DSG and thus your car will suffer as a result. That’s the best-case scenario. The worst-case scenario is that the clutch packs and hydraulic valves housed within the mechatronic unit themselves get damaged. When you allow contaminated fluid to flow through the mechatronic, it won’t be long before the entire unit stops working properly, and your repair bill will dwarf the original cost of just getting a gear oil and filter change.

You might wonder what your engine coolant has to do with the DSG, but there is a connection. While the DSG has its own gear fluid for cooling, it also sheds quite a lot of additional heat using the engine’s cooling system. If you leave your engine coolant too long so that its anti-corrosion properties are waning, the result can be wear and tear in the DSG’s heat exchanger, which will cause antifreeze to seep into the transmission, which is bad for the internal parts. To that end, keep on top of your engine coolant and radiator flushing.

Listen Out for Odd Noises

Almost any unusual or unfamiliar noise on your car is a sign that something isn’t quite right. It doesn’t necessarily mean something serious has gone wrong, but it means something may be about to go wrong. One thing that is fairly common as an issue on the DSG is issues with the rear input shaft bearing. If you hear rattling or jangling, it could be a sign that you need to have this checked out. That kind of sound could also indicate a failure in the flywheel.

Another sound-related issue can manifest as a crunching sound, which could be the sound of the DSG’s synchromesh uses for lower gear ratios starting to fail. Any sound that is unfamiliar, unsettling or unpleasant should be taken as an immediate alarm to seek servicing.

/
Why Does Maintenance Matter in a DSG?

The above-mentioned items are the most likely things that could happen to your DSG in the regular course of its operation. Regular servicing is the key to keeping your DSG in good order because a service will include checks on all of the above, and more. Each time you service the DSG you will spend a certain amount of money, it’s true, but not to spend it would prove a false economy when you consider the expense of more extensive repairs or replacement parts.

A clutch replacement for the DSG will cost around £975 plus VAT, and replacing the mechatronic unit will cost £1,000 plus VAT. Imagine what it would cost to cover the rest. Servicing is a small price to pay to keep things working properly.

Regular servicing also helps prevent problems like clutch slipping, premature shaft bearing failure, synchromesh failure, leaks of coolant into the system, not to mention the effects of contaminated oil ruining the internal workings of your DSG.

/
Conclusion: Accept Nothing but the Best

It’s all very well and good to say how important regular servicing and maintenance is to the health of your DSG gearbox, but it’s all rather academic unless you know where to go. It’s critical that you don’t allow just any old mechanic to “have a go” on your VW DSG unit. The best place for it will always be a VW dealership where they have the proper training, equipment and experience to effect repairs, replace parts and understand what’s going wrong if things do go wrong. Choosing a budget mechanic with little-to-no experience working on DSG units could lead to them doing far more damage than good.

Invest in regular servicing for your DSG, but also invest in the proper servicing location and personnel. Contact your VW dealership for more information on the VW DSG, or consult your manual and maintenance schedule to learn more about how to keep it maintained.