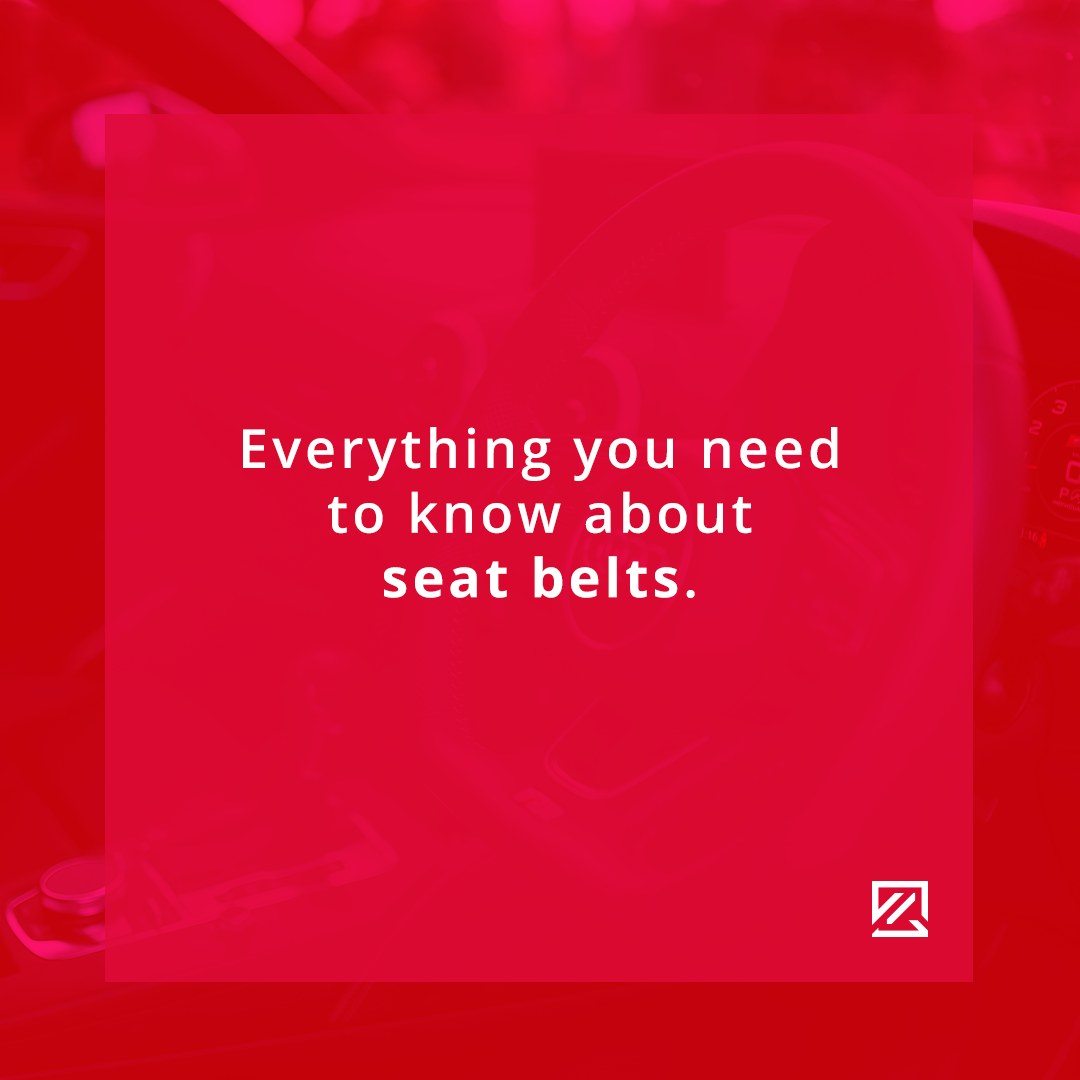 Everything You Need to Know About Seat Belts

There are some breakthroughs in automotive technology that catch on, and others don’t. And then there are some that are so revolutionary that they permanently change the landscape of an entire industry. The humble seat belt certainly falls into this category. We use seat belts every time we get into a car (hopefully), but how much do we really know about these life-saving devices?

Today’s blog is all about this amazing innovation that has saved countless lives since its first creation and implementation. It’s now so commonplace and uncontroversial that absolutely no automaker anywhere in the world either shuns them or complains about having to install them.

/
When and Where Was the Seat Belt Invented?

While the concept of a protective belt that you wear while driving/riding is an older idea, when we talk about the “modern seat belt,” we are of course talking about the 3-point seat belt, which was first invented back in the 1950s. It was the creation of Nils Bohlin, an engineer working at Volvo. You’d think that whoever invented something so ubiquitous and amazing as the 3-point seat belt would become a billionaire from such a patent, but Volvo decided that this invention was so important to the world, that they made the patent free for anyone to copy and use.

So, our seat belt story has a positive beginning. After its invention in the 1950s, however, it didn’t catch on right away. In the United States, where the automotive industry was really skyrocketing in the wake of the Second World War, the state of Wisconsin became the first state in the union to make seat belts mandatory. The rest of the country followed suit in 1968, which interestingly was the same year that the UK also made seat belts mandatory in cars. This brings us neatly to the next point.

What drove Bohlin to invent the 3-point seat belt? The old-style seat belts were made using a cross-lap design, much like those you might still find on an aeroplane today. When used in the 1920s and 1930s, they did their main job of stopping people from flying out of the car in the event of a crash or very harsh braking, but they didn’t do anything to protect the upper torso or the head of the driver and passengers. Bohlin’s design, as we all know, not only goes partially across the waist, but also across the body to keep the whole passenger more secure.

/
When Did Seat Belts Become Law?

As we touched on above, seat belts as part of an automobile’s construction and features became mandatory in both the United States and the United Kingdom. The problem, however, is that even with this rule in place, the problems that seat belts were designed to solve could not be because people simply were not wearing them. It took until new laws were made to compel people to wear them until they finally did as a habit.

In the US, it was the late 1980s and early 1990s that individual states started to introduce enforcement on the wearing of seat belts. Here in the UK, we first made front seat belts compulsory to wear in 1983, and then in rear seats from 1991. Many may remember some of the PSA advertisements on TV with their incredible shock value designed to jolt rear passengers into wearing them. From young children flying through windscreens to teenage sons crushing their parents in their seat as they fly forward with no seat belt on. Needless to say, we all wear them now (just about).

/
How Do Seat Belts Work?

The mechanics of the 3-point seat belt are relatively simple, and yet they have been credited with the saving of more than a million lives. When held up to look at closely, the belt is a small network of lap and sash belts joined together in a Y shape. The straps are installed in a retractable form in their storage unit. As is well-known, they can be hoisted around the body of the driver/passenger and then locked in place in the buckle unit located to the side.

So why is it that when you experience a harsh braking motion or a crash do you appear to stay fixed in your seat? This is where the 3-point seat belt’s real genius is revealed. Connected to your seat belt is a retractor mechanism, the same one that you use to pull the seat belt out. When there is any kind of strong force or sudden harsh movement like the braking we described, for example, then another locking retractor stops the spool and secures your body in place, holding you back in your seat.

Seat belts now also feature what are known as pretensioners, which over the years have become very advanced and effective. The pretensioner was first introduced in the 1990s and it uses an explosive charge that drives a concealed piston in the event of any harsh braking or sudden stop (caused by an accident, for instance). The result is that the mechanism drives the spool and pulls the seat belt tensely around you to make you even more secure.

/
How Much Does It Cost to Repair or Replace Seat Belts?

To fix the pretensioner if you need typically costs £50 to £100 plus labour costs. A replacement job will cost anywhere from £20-80 on parts, plus another £100 or so on labour. They are relatively simple as components but won’t be cheap to replace or repair if you break them. It’s best to take care of them, don’t yank them from the retractor mechanism and be careful with the connector buckle.

/
Conclusion: Seat Belts Are the Gift that Keeps on Giving

Not only has Volvo’s simple invention been credited with saving millions of lives, but they help to make our cars safer and more comfortable. They’ve been particularly beneficial for families whose children would squirm or move around awkwardly in the back seat. The seat belts help keep them in place and thus from distracting their parents in the front.

The benefits of seat belts should be no mystery to anyone when it remains the truth that about half of people killed in accidents are not wearing their seat belts when the collision occurred. Get to know how your seat belts work, and ensure they are kept properly maintained.