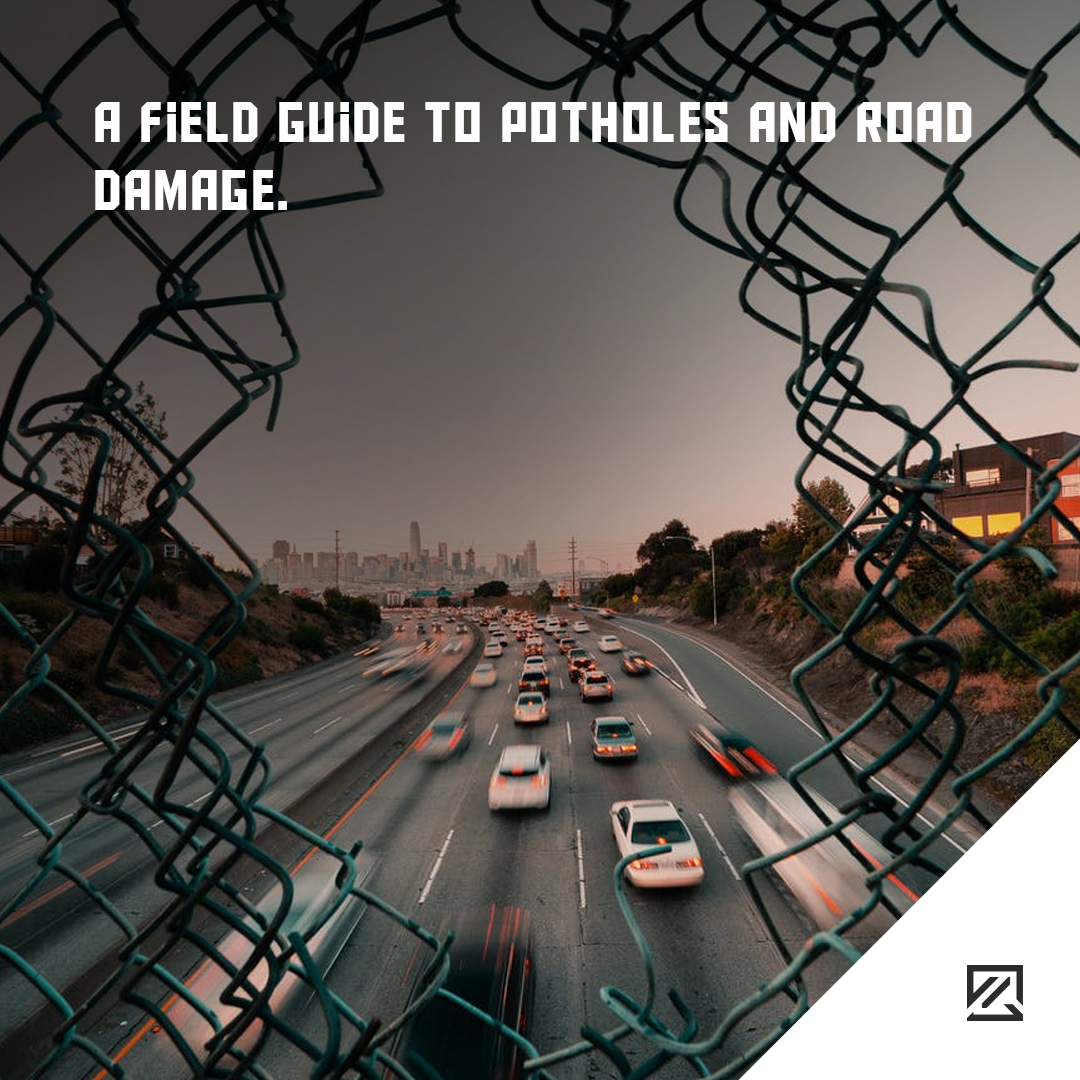 A Field Guide To Potholes And Road Damage

It’s a sad fact that potholes and damaged road surfaces are a fixture on many British roads and streets. The only way to get them fixed is for drivers to report them on mass. Driving into a pothole can damage your car, so it’s essential to be on the lookout for them. Our field guide is a lighthearted way to keep you alert for these wild and dangerous beasts. Why not see if you spot them all?

Just like the British bulldog, this pothole is practically ubiquitous. There is hardly a town centre in the country without its share of these. If not correctly cared for, they can become dangerous. Ideally, these should be permanently fixed, but most often they get little more than a hasty patch thrown on top.

The Bob and Weave

These are the monstrosities that lurk just out of sight, Perfectly placed in the shade of a tree or hidden behind a speed bump. You won’t know they’re close until it’s too late. Even the wary can be caught out by these sneaky assassins.

You know those annoying potholes that you just can’t seem to get rid of? The ones that get fixed but before you know it they’re back again, just like the song you hate, but can’t stop humming. No matter how often these potholes get patched, they just keep coming back!

The Fifty Shades of Grey

There are some stretches of road that seem to get dug up over and over. Always in a slightly different place. Each time they are dug up, they are filled in with a different style of patch. The result is a road surface that illustrates just how many shades of grey they are. It also gives you such a shaking as you drive over it that you feel very uncomfortable – like a theme park ride rather than the smooth journey your car is meant to provide.