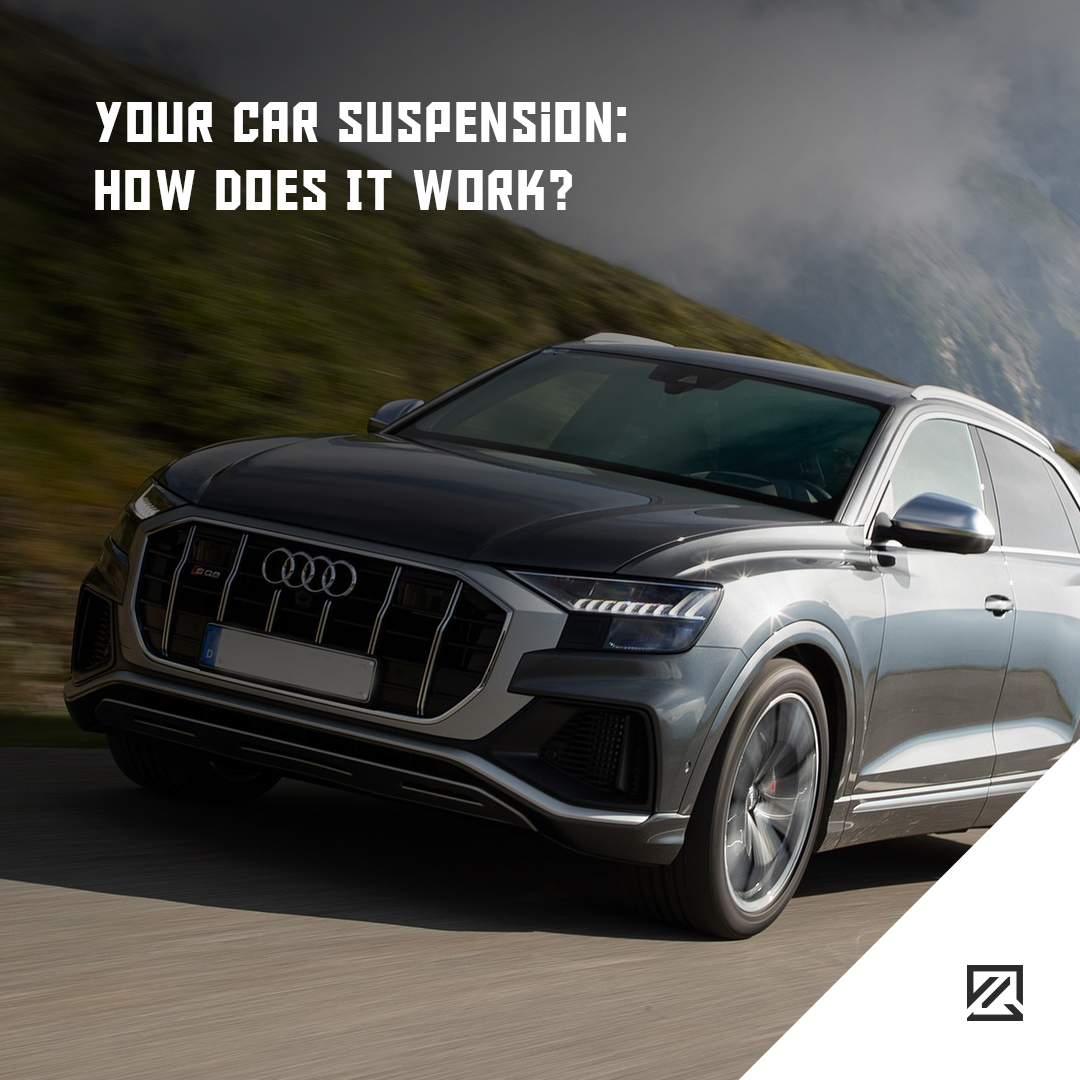 Your Car Suspension: How Does It Work?

Your car’s suspension has several different vital roles in keeping your vehicle running smoothly. Because of its many functions, the state of your suspension is important and can affect the safety of your car. Given how important it is, it’s a good idea to have some idea of how it works, so you can understand how to maintain it.

What Does your Suspension Do?

The suspension of your car has two main roles. The first is to smooth out the ride. If you had no suspension then every bump in the road would be transferred directly to the frame of your car. Every little hole in the road or pebble under the wheel would shake the whole car. The suspension absorbs these bumps so that the ride doesn’t shake your bones.

The second job of the suspension is to keep the wheels in contact with the ground. Without the suspension absorbing the bumps in the road, the car wheel would keep losing touch with the ground. Even if the loss of contact is brief, it has an impact on the ability of the driver to control the car. It would reduce the effectiveness of both the steering and the brakes.

How Does It Work?

Your suspension is tied into the frame, wheels and steering of your car. The core components of a suspension system are typically springs, dampers and an anti-roll bar.There is usually one spring for each wheel. The springs compress and extend as the wheels go over bumps which prevent the motion from being transferred to the frame.

The dampers which are also referred to as shock absorbers, take the energy out of the system. Without them, the springs would bounce after each bump. They allow the wheels to move up and down, without causing the frame to bounce.

The anti-roll bar joins the wheels on either side of the car. It prevents the wheels from moving drastically different amounts. If one wheel is significantly higher than the one on the other side, it would make the car tilt. This can be a big problem during manoeuvres such as going around sharp corners.

How To Diagnose Some Common Suspension Problems

If there is a problem with your suspension, it can increase your stopping distance. If you spot any of the following issues, it would be advisable to get your suspension checked out.