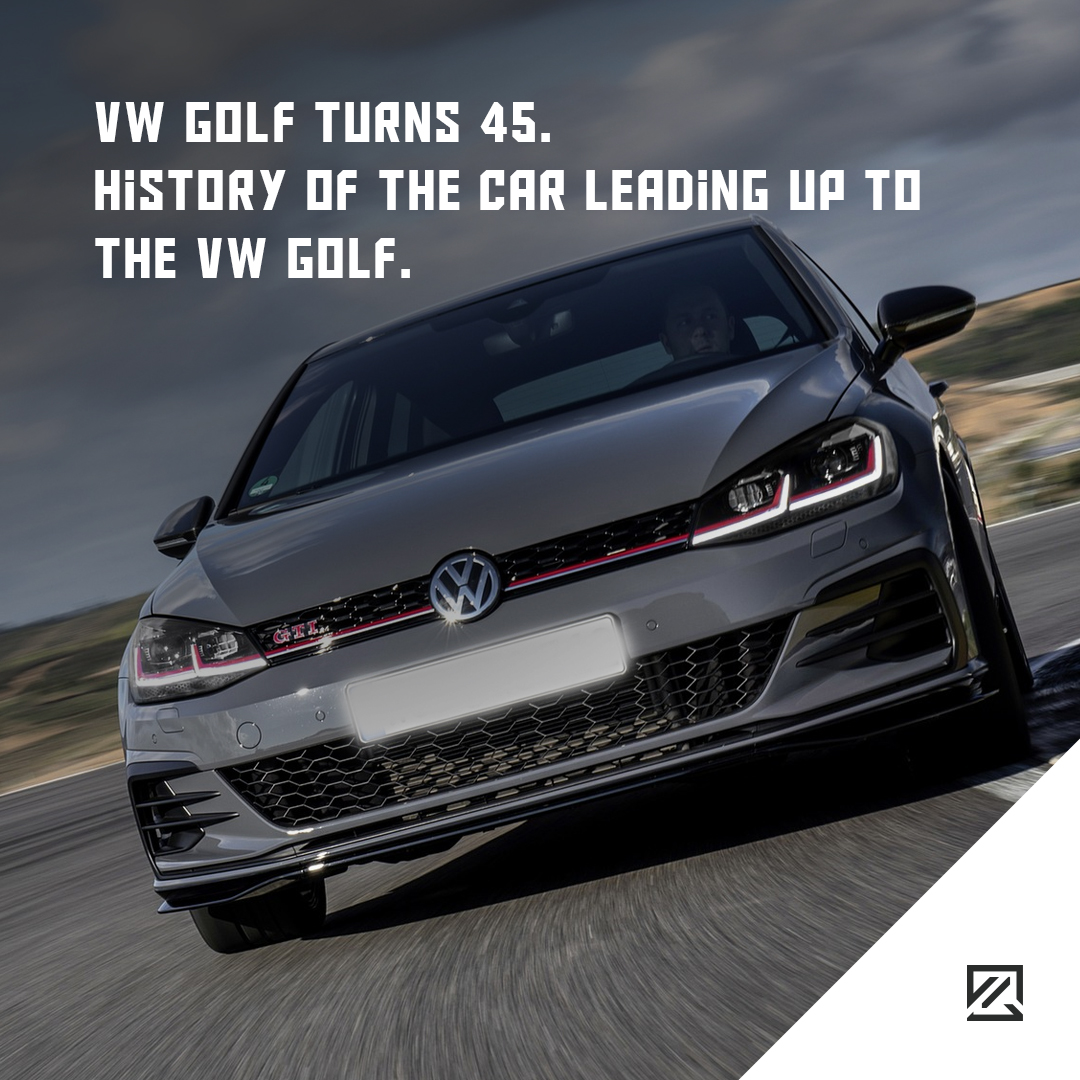 Arguably one of the most popular and successful cars around, with over 35 million sold across the globe, the Volkswagen Golf recently turned an impressive 45 years old. On 29th March 1974, Volkswagen officially began production on the first-generation Golf, which was the successor of the legendary Volkswagen Beetle.

Even those in Volkswagens offices and production lines had no idea of the success the VW Golf would see over the years, and never dreamed that the new model would be selling at a rate of one every 41 seconds around the world.

In triumph of the Volkswagen Golf and in celebration of 45 years of excellent motoring by VW, we are taking a look back at the history of the car that leadsup to the creation of the VW Golf:

Over 130 years ago, German inventor Karl Benz built the world’s first car which was powered by an internal combustion engine. His wife Bertha took the vehicle on its first long-distance drive and proved the potential of cars to the public.

The release of the Ford Model T marked the start of the car as a mainstay in society, as it was the first mass-produced automobile. An assembly line technique was used to ‘build a motorcar for the great multitude’.

The first traffic light was electrified in 1912 by Lester Wire, chief of the Salt Lake City police. It was nicknamed the birdcage, because of its cage-like style, and the rest of the world quickly followed suit by introducing traffic lights across their roads.

It wasn’t until the 1930’s that drivers could use indicators to let others on the road know their intentions, as turn signals were introduced to automobiles.

A blind man called Ralph Teeter developed the first modern cruise control. By the 1990s this technology had been enhanced, and cars could work themselves around obstacles before resuming their set speed.

Computerised censors were introduced to monitor wheel movements and hydraulic pressure, in order to prevent wheels from locking and skidding.