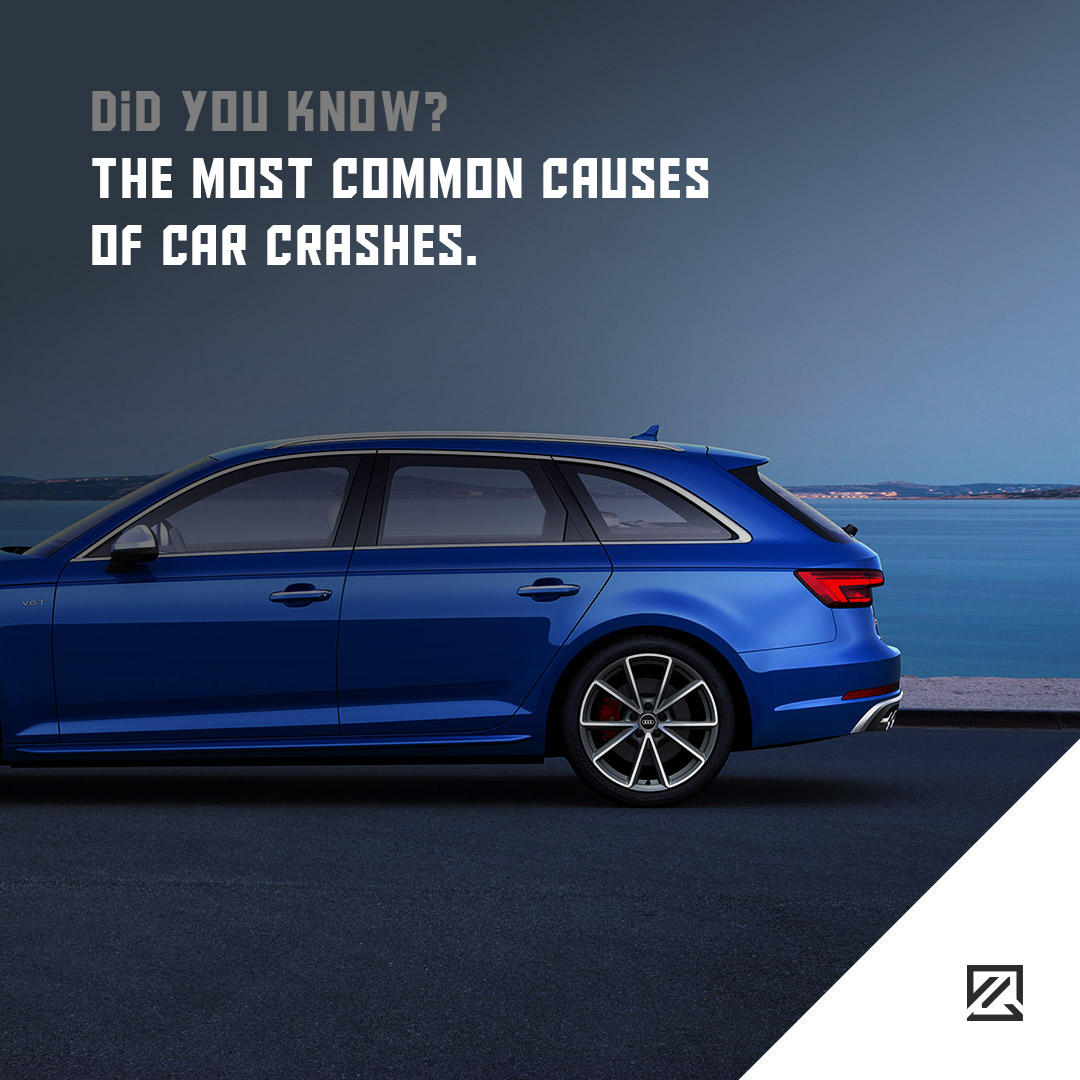 The Most Common causes of car crashes.

According to the Department of Transport, 42% of all the crashes are caused by people not looking properly. It’s almost half of the cases, so if you need one advice that could decrease the risk of a collision the most, it would be to look out more carefully when you are on the road. The second one is also closely related, as 21% of the crashes are caused by the drivers improperly judging other road users’ path or speed.

Other most common reasons are: driving carelessly or in a hurry (16%), loss of control (14%) and poor manoeuvre handling (14%). One crash out of ten is caused by the pedestrians not looking where they’re going. The Same percentage of collisions are caused by slippery road. 7% of crashes are related to sudden braking, and the same amount is due to travelling too fast for the conditions, as well as following the other car too closely.