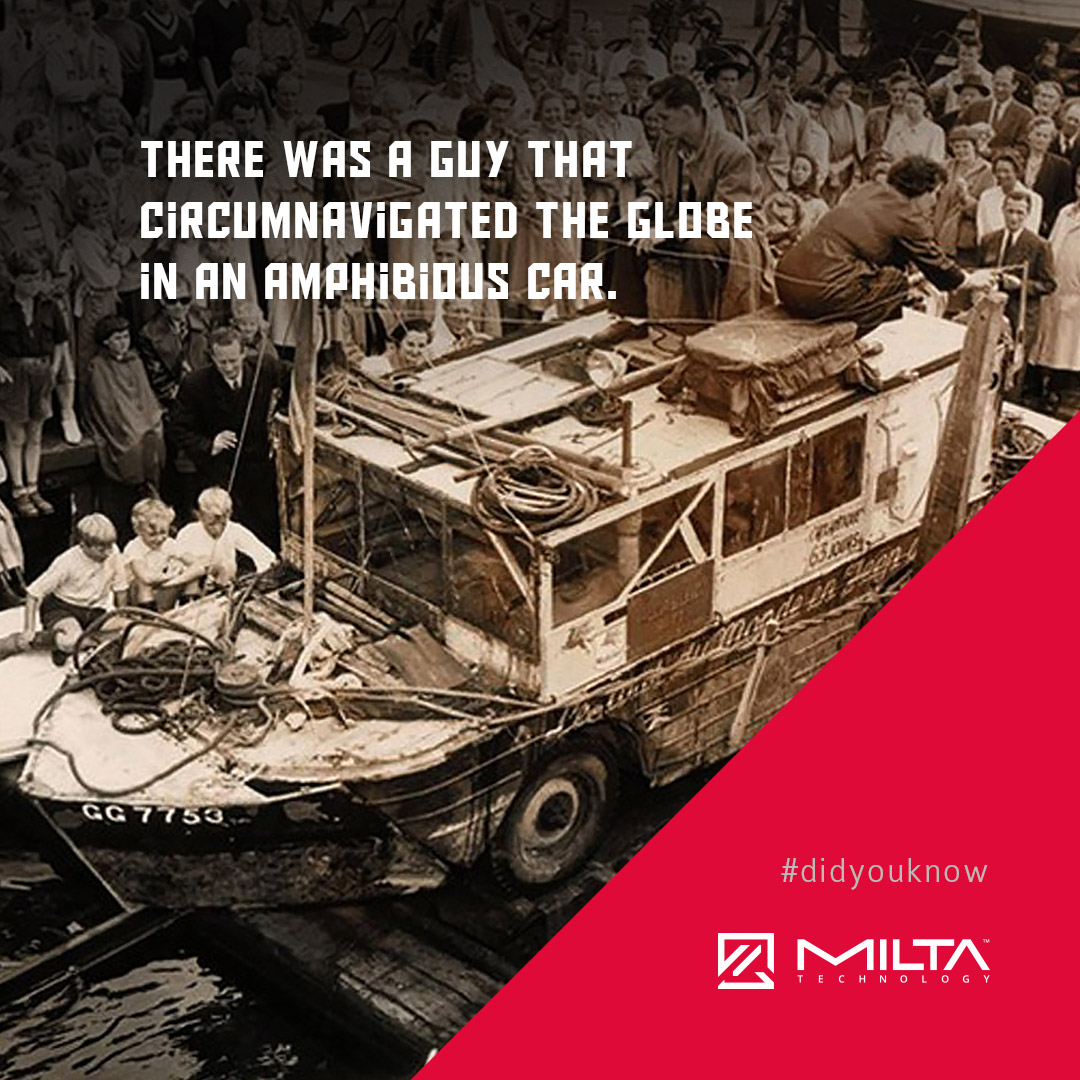 The first and only circumnavigation by an amphibious vehicle was done by Ben Carlin from Australia. He did it in a modified Ford GPA amphibious jeep called Half-Safe, finishing on 8 May 1958. It took him over ten years to finish his journey, including a three-year break in England, to repair the car and raise funds for further trip.