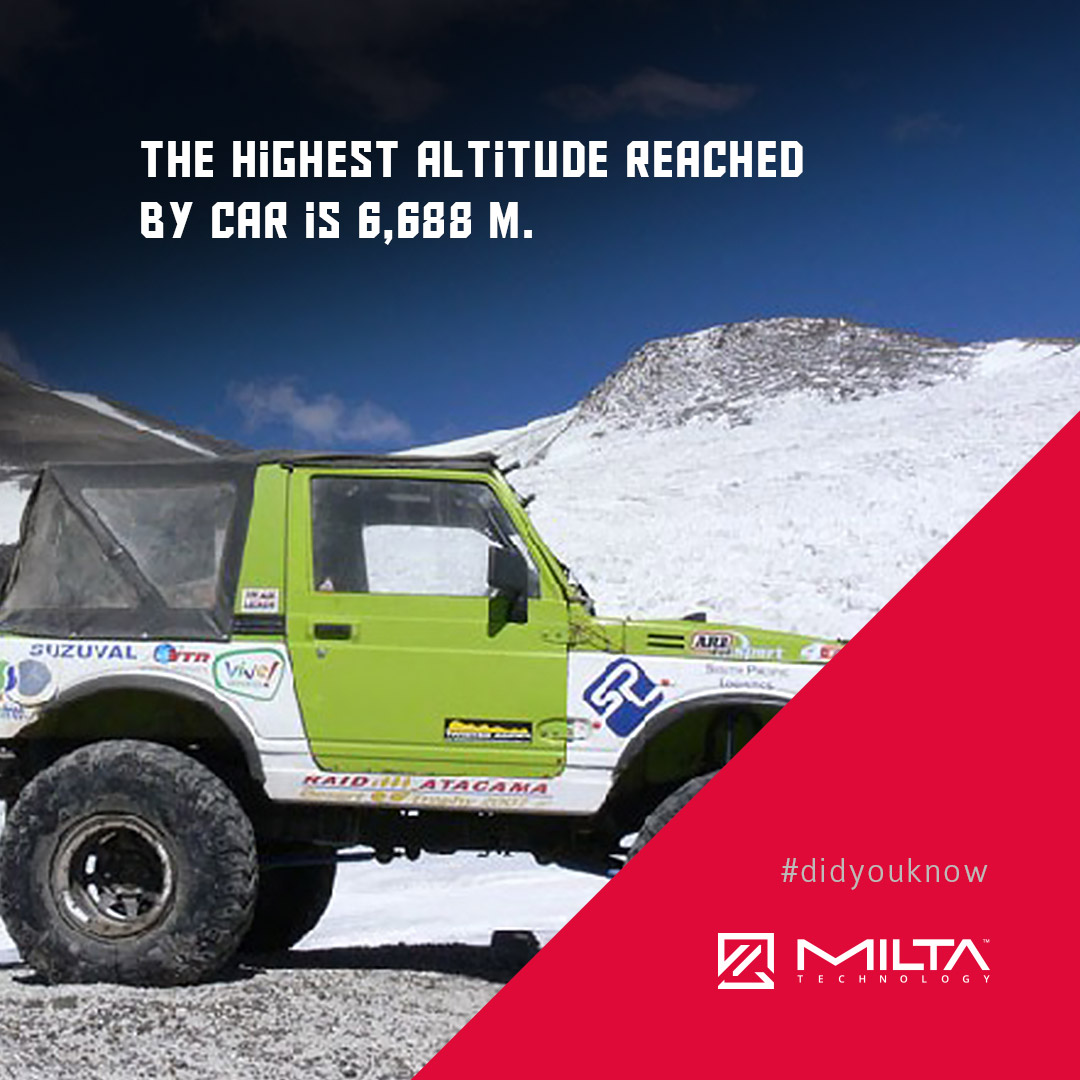 The highest altitude reached by car is 6,688 m

The record for driving to the highest altitude by car is 6,688 m (21,942 ft) achieved by Gonzalo Bravo and Eduardo Canales with a 1986 modified Suzuki Samurai on the slopes of the Ojos Del Salado volcano in Chile. That’s quite an altitude to be reached by driving, isn’t it?