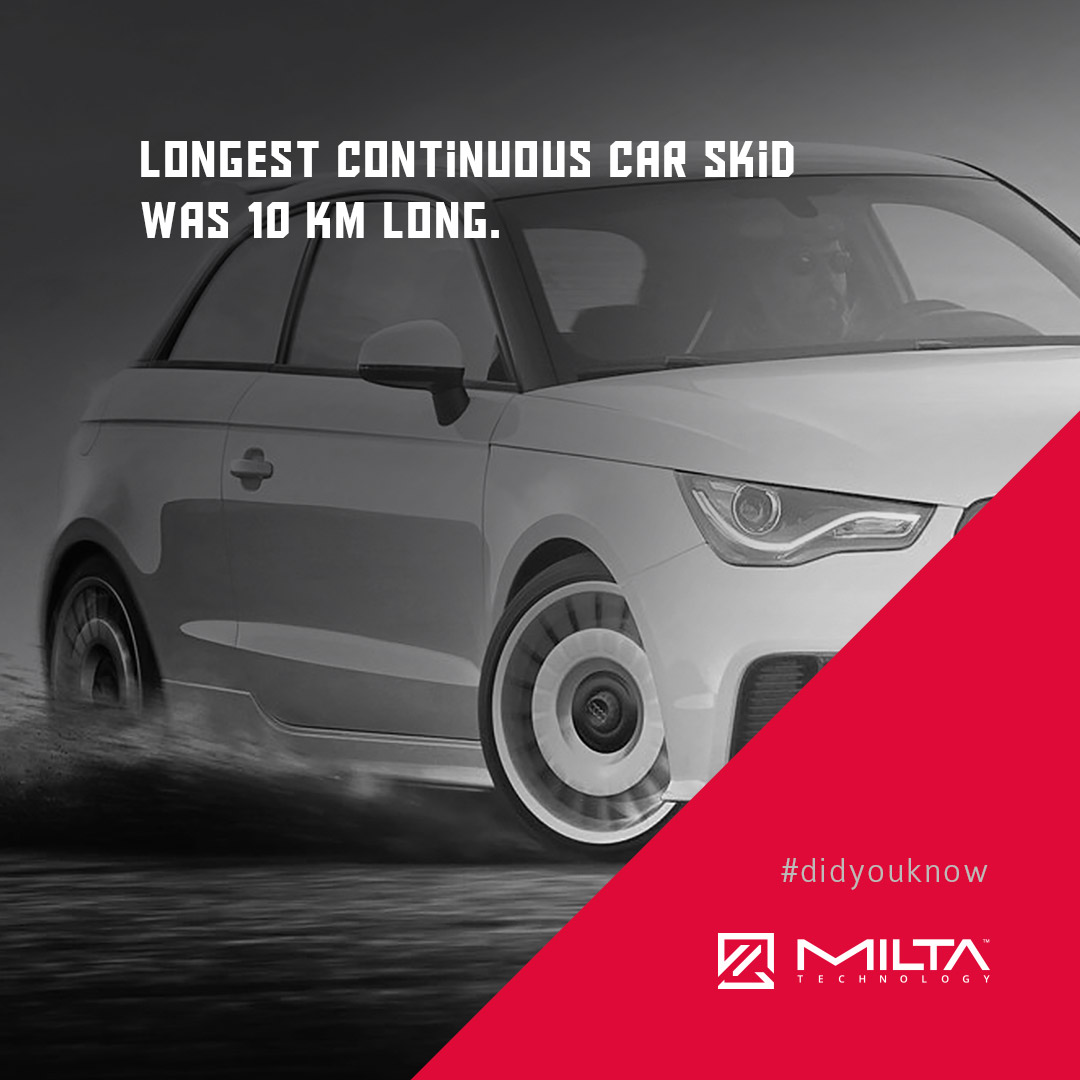 The longest car skid marks were made by a jet-powered Spirit of America on 15 October 1964. It was 10 kilometres long, and the record has never later been broken. The longest skid on a public road measured 290 meters and was made by a Jaguar and was estimated to be driving at the speed of 160 km/h before the driver started to brake.