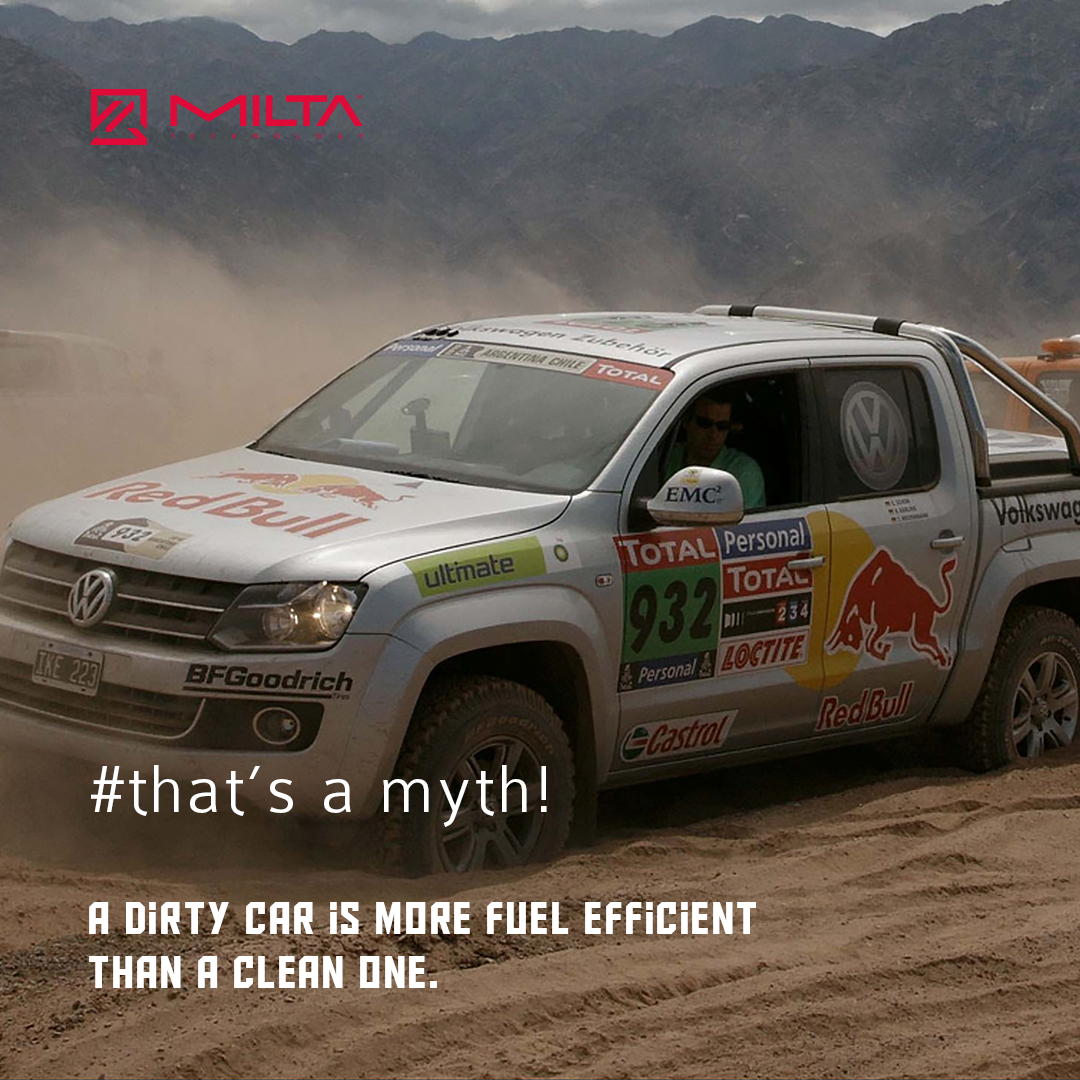 A dirty car is more fuel efficient than a clean one

Some people claim that dirt gathered on a car may cause an effect similar to the golf ball dimples, which reduce the air resistance. However, it turns out, that the effect of the dirt particles is exactly opposite. As claimed by the Mythbusters, a car covered with filth has 10% worse fuel efficiency than a clean one.