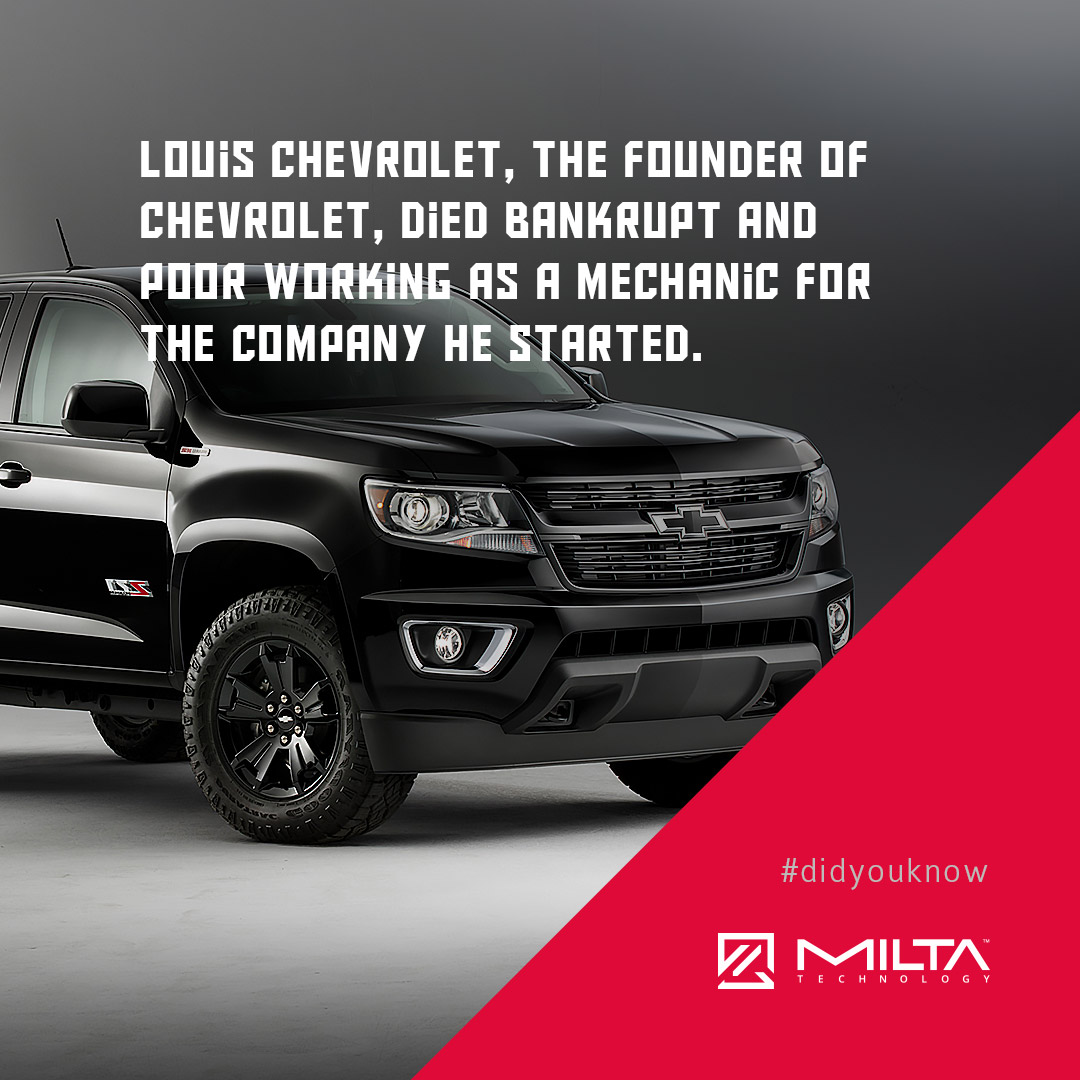 Louis Chevrolet, the founder of Chevrolet, died bankrupt and poor working as a mechanic for the company he started

Louis Chevrolet, the co-founder of a car company named after him, had a great talent for racing and designing cars. However, he was not much of a businessman. He sold his stocks to his business partner William C. Durant, due to their disagreement over a car’s design in the early years of the company. He never succeeded financially anywhere else and finally got hired back at Chevrolet as a mechanic.