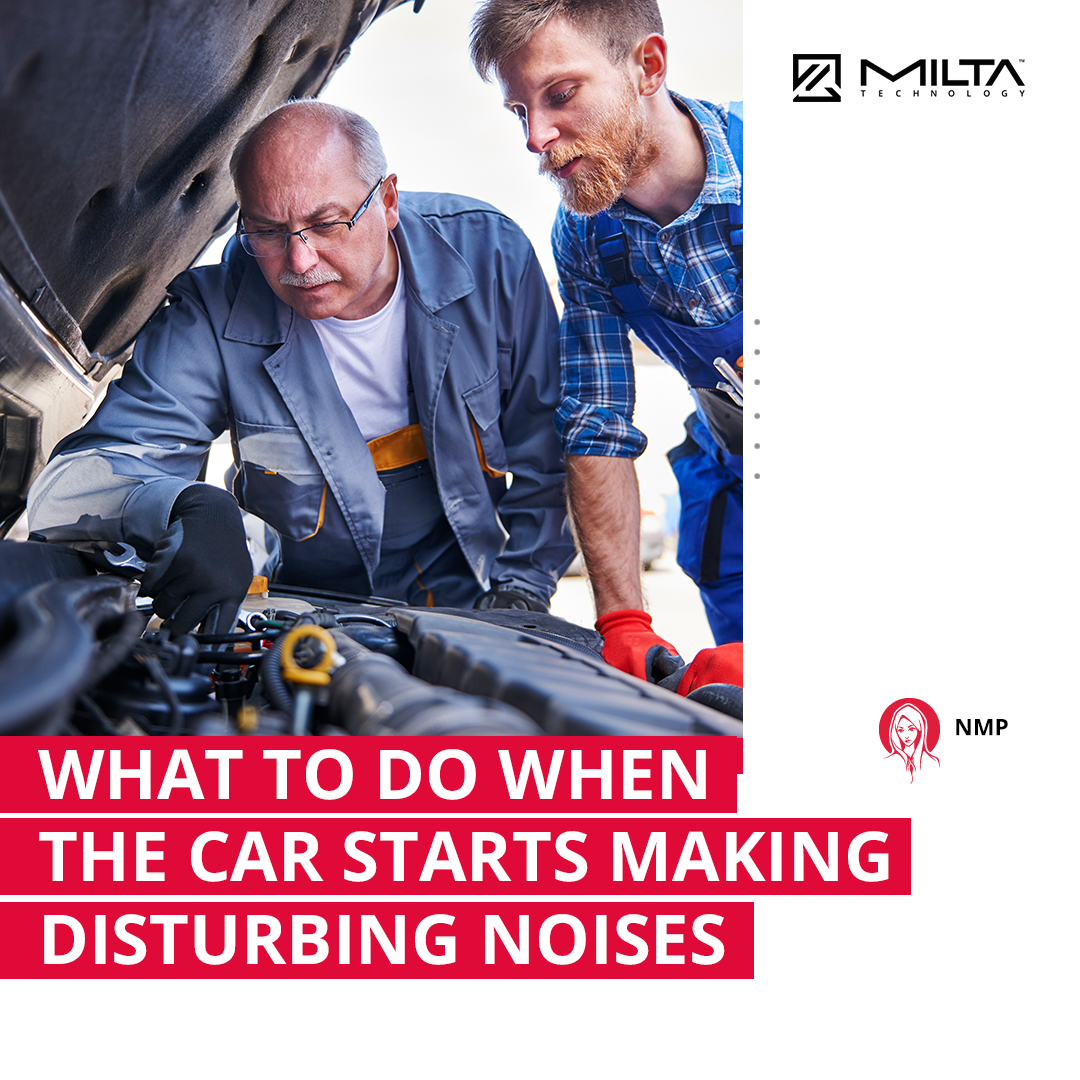 What to Do When the Car Starts Making Disturbing Noises

Besides the hum of your car’s engine, and the general background noise that comes with driving on any public road, you shouldn’t hear that many particular sounds from your car. Newer cars come with a lot of extra beeps and lights, of course, because of their digital displays and numerous new functions, but all of that is still very normal now.

But what about those times when your car starts to make more unusual noises? The knocks, the clicks, the bangs, the grinding, the squeaking, and the squealing? None of these noises are normal for any car. No sane manufacturer would design a car to make any unpleasant noise, after all. The question then, is what to do about it when you hear these disturbing noises? In today’s blog, we will try to answer this key question.

Before we turn to the particular strange sounds that commonly occur in people’s cars, we’ll first offer some more general advice, and it’s quite simple. If and when you encounter strange, previously unheard noises in your car, your first reaction should be to call up your mechanic and make an appointment to drop the car in. If you are lucky enough to be able to drop in without scheduling beforehand, then do that.

As we mentioned in the introduction, unusual noises like grinding, knocking, and squeaking are not normal occurrences in a properly working vehicle. They are generally signs that a component or system is experiencing trouble or has become defective. Therefore, it’s always best to respond to the appearance of such sounds with a quickly organised visit to the mechanic. Remember: the earlier you get a problem fixed, the easier and cheaper it is to fix!

Both knocking and clicking sounds can indicate a large number of potential problems in your vehicle, from worn engine bearings to old spark plugs in need of replacement, with many others in between. Clicking in particular is most likely related to the starter mechanism, and is most commonly reported when trying to start the car, but knocking can be many different things.

The engine bearings help to hold the structure of the unit in place, but over time they become worn, which eventually leads to the creation of knocking sounds within the engine bay. You can’t afford to allow these bearings to fully break off, because they will threaten the safe positioning of your engine unit.

Spark plugs can last up to 100,000 miles, which is why so many people easily forget to check them, or forget that they are even there. If you’re driving an older car, then knocking sounds can be generated by worn spark plugs that are ready to be changed.

Oil is the lifeblood of your engine. You can’t afford to allow levels to drop, since falling oil levels means a rising chance of catastrophic engine failure. Oil both cools and lubricates all the relevant parts of the engine, so when there is less oil, both of these tasks are done less effectively.

Check your oil levels regularly — at least once a month is a good idea — by removing the dipstick from its place in the engine bay, cleaning it off, replacing it and getting a fresh reading. Besides checking the level, also check the condition of the oil. It should be a light glossy brown colour, but will become darker and grainier over time. Dark and grainy oil is likely in need of replacing.

When the fuel pump becomes faulty, it has trouble delivering the necessary fuel from the petrol tank to the car’s engine in the right quantities. The typical result is the air/petrol mix becoming overly rich, which causes a knocking sound within the cylinder.

Following on from the previous point, the knocking sound can also be coming from the piston as it fails to properly compress the air/petrol mixture. This is generally caused by the piston receiving damage or wear and tear over time.

Grinding noises are perhaps among the most disturbing noises one can hear in the car. Knocking and clicking are irritating and concerning, and they still warrant immediate attention, but the louder, longer-lasting grinding noises can really throw one off kilter, can’t they? The most common cause of grinding noises is the transmission, both manual and automatic.

When you hear grinding noises, it can indicate problems such as gear slippage, clutch slippage, failure of the transmission to properly reach target gear ratios, and more. Grinding sounds from the transmission tends to indicate that the main planetary gear system (especially in automatics) has been damaged or is otherwise defective.

Besides the transmission, other sources of grinding noises can include your car’s continual velocity (CV) joints, or the brake pads. If you’re experiencing grinding noises while driving at low speeds, then the most likely culprit is the CV joints, which will grind as they seemingly resist you when trying to turn the car left or right. Such noises indicate that the CV joints are in urgent need of replacement.

If you hear grinding when braking, then you may have allowed your brake pads to wear too thin, and now when you brake there is direct contact being made between the brake callipers and the rotors. This can result in serious (and expensive) damage to the rotors, leaving you in need of new ones. The good news is that you’ll generally be warned about this by squeaking sounds (see below).

Finally, we come to squeaks and squeals. The most likely source of any squeak is the brakes, which are actually designed to make this kind of noise as a kind of audio warning that your brake pads are getting close to needing replacement. Brake pads become increasingly ineffective as they wear down, and will begin to squeak as a warning to replace them with fresh ones.

One more common cause of squeaking and squealing noises is the many belts that exist within your engine, such as the cam belt, serpentine belt and others. When these belts become worn and/or damaged, they need to be replaced, and will make audible squealing/whining noises when you start up and/or drive your car. These are not jobs to procrastinate over, so make sure you let your mechanic look at these problems as soon as possible.