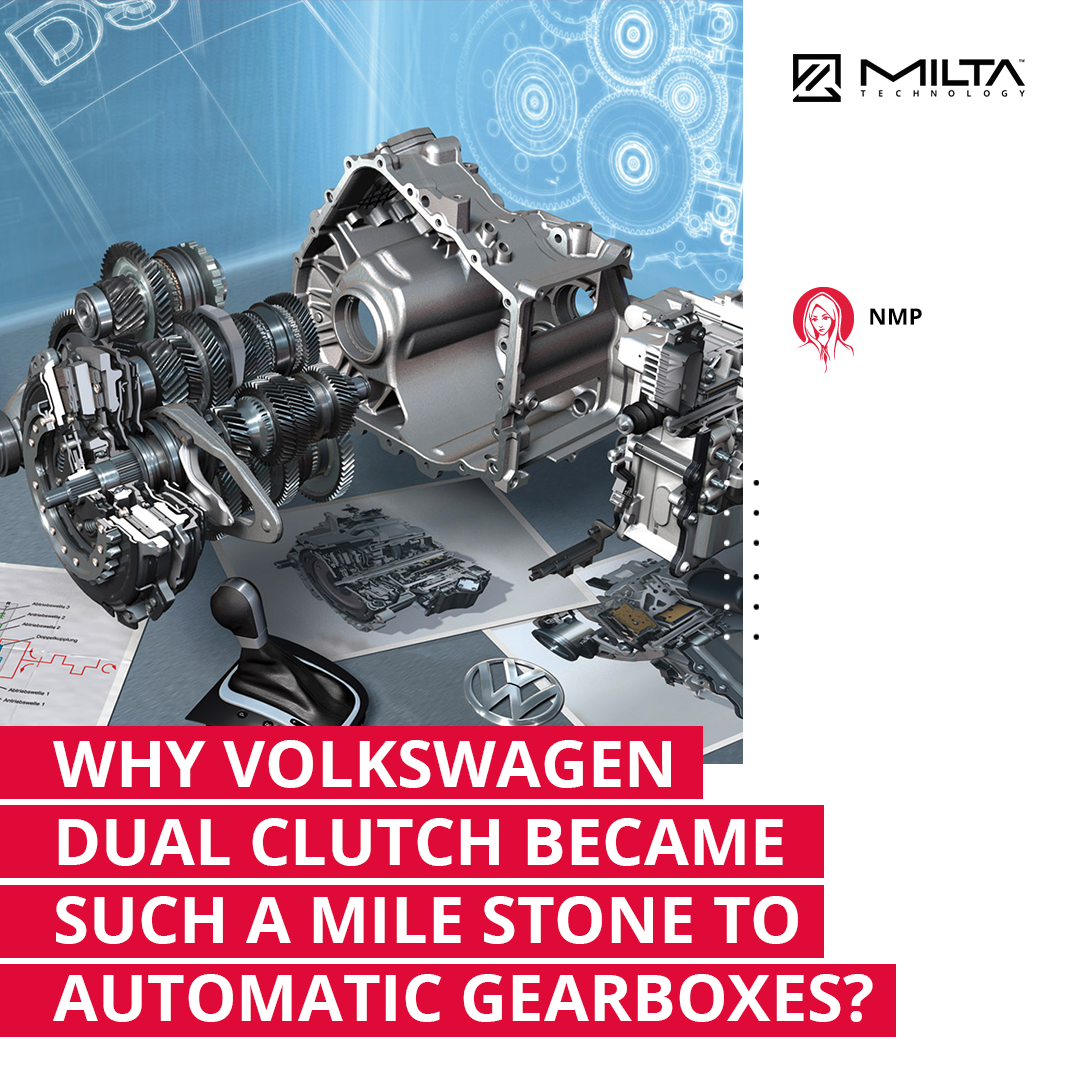 The Volkswagen brand is known for many great achievements over the years, and is now closely associated with high-quality yet affordable cars across a wide spectrum of vehicle types, including a growing range of electric cars.

Among the group’s many technical achievements, one that simply has to be counted is the creation of the world’s first automated dual-clutch transmission for a series-production vehicle. Otherwise known as the direct-shift gearbox (DSG), this technology has not only helped propel VW to the very forefront of automatic transmission design.

In today’s blog, we’re going to be taking an in-depth look at why it is that the creation of this particular dual-clutch design was such an important milestone in automatic transmission development in the longer term.

The DSG dual-clutch gearbox was such a revolutionary idea because it made use of two clutches. One of these clutches would line up the next anticipated gear ratio in advance, to better allow for smoother and more seamless shifting as opposed to the laggier shifting that was normal in many automatic transmissions beforehand.

Before we look at the scope of the contribution that this transmission has made to the automotive world, let’s first understand properly about the two main variants that exist, namely the “Transverse DSG” and the “Longitudinal DSG.”

What is the Transverse DSG?

The transverse DSG was launched in 2003 and was the first of its kind in the world. It was first used on the VW Golf Mk4 R32 just in the German market to start, but it didn’t take long for the gearbox to go global. There were two different speeds developed, a 6-speed in the first group, and then in 2008 a 7-speed DSG unit. A further 7-speed unit was developed in 2010.

What is the Longitudinal DSG?

After the success of the transverse DSG, VW-owned Audi came up with a 7-speed longitudinal S tronic version of the DSG unit and was used in select Audi cars. Its design was similar to the concentric dual wet multi-plate transverse unit, except that it had a number of additional plates, as well as a completely new system of lubrication.

Looking at all the variants of the transverse and longitudinal DSG variants, the vast majority of them used wet-clutch systems, with only 2 exceptions: the DQ200 (transversal) 7-speed with up to 250 lb-ft of torque, and the DQ200e (transversal) 7-speed used on the VW Jetta TSI Hybrid. Both of these gearboxes used a dry clutch type.

/
Why is the DSG So Important?

Why is it that these VW-produced automatic transmissions are so significant? Let’s take a closer look at the main reasons that the invention and implementation of the DSG marks a significant moment in automotive history.

The first and arguably most important thing that makes the DSG so significant is how it meaningfully reduced the performance gap between manual and automatic cars. Before this dual-clutch system came along, it was a given that if you wanted a car with any kind of performance zeal, then it simply had to be a manual car. It was for that reason that all major sports car and supercar manufacturers tended towards manual transmissions.

Automatic transmissions were fairly smooth, easygoing and certainly convenient. They held a lot of sway with the somewhat older, more mature driving crowd who didn’t want to worry about the gear shifting, and instead just wanted to focus on cruising along in peace. They also quickly became the norm in countries like the US where manual “stick shift” cars rapidly fell out of favour to welcome the easier option.

DSG dual-clutch units have changed all of that. They proved that automatic cars could be sporty and fun to drive, and as an added bonus gave many drivers the option of retaking control by switching to the manual shift mode and changing gears with the wheel-mounted paddle shifters. It was suddenly possible to have the best of everything, and people loved it. Without the advancement of the DSG, it’s doubtful as to whether automatics would have ever gained this sporty reputation in a continent like Europe where most opted for manual cars by default.

Besides performance, the DSG also did a lot to improve the fuel efficiency of automatic vehicles. The gas-guzzling nature of automatics when compared to manuals was always yet another factor that put off British and mainland European drivers from choosing them, for fear of their fuel bills skyrocketing overnight. However, the DSG has changed all that.

It has been shown that the VW DSG transmission is anywhere between 15 and 20 percent more efficient than a typical automatic, once again helping close yet another gap between automatics and manuals.

The automatic transmission using torque converters had been a fairly static technology, only marginally improving over the years. It was the invention of the DSG in the early 2000s that showed just how much could be done with the automatic gear-shifting technology when the right kinds of innovation were applied. The DSG ushered in a whole new era of dynamic automatic transmissions with more gear ratios — some OEMs now offer vehicles with 9- and 10-speed automatic transmissions — that are more capable of delivering a both convenient and enjoyable driving experience.

Prompts Even Europeans to Go Automatic

As we touched on above, it has been the case for many decades already that no European would realistically choose an automatic transmission unless there was a very specific reason to. For instance, some who dealt with heavy traffic on a daily basis found automatic transmissions easier, especially those with “creep” mode, and those young drivers struggling with the manual transmission could find an easier way to get through their driving test with an automatic.

Outside of these circumstances, it was quite rare for people to deliberately choose an automatic. All that has changed now, of course, as for the first time ever in the model years 2019-2020, new car sales of automatic cars are outstripping manual cars. The advent of the DSG was a big part of that achievement.

Makes Every Kind of Car Sportier

Finally, one thing that makes the DSG so appealing and so important in automotive history is the fact that this single transmission concept was applicable to a huge range of vehicle types: petrol cars, diesels, and even plug-in hybrid electric vehicles (PHEVs). No matter the vehicle type, it could be made peppier, brighter, and more fun with the addition of a DSG unit. That contribution is virtually unmatched by any single transmission technology in all the years of automotive history.

If you are lucky enough to drive a car with a DSG unit, don’t forget that it’s a unique and complex piece of engineering technology. It therefore requires regular servicing to keep it in tip-top shape. Don’t skip scheduled maintenance on the DSG, and it will continue to serve you well!