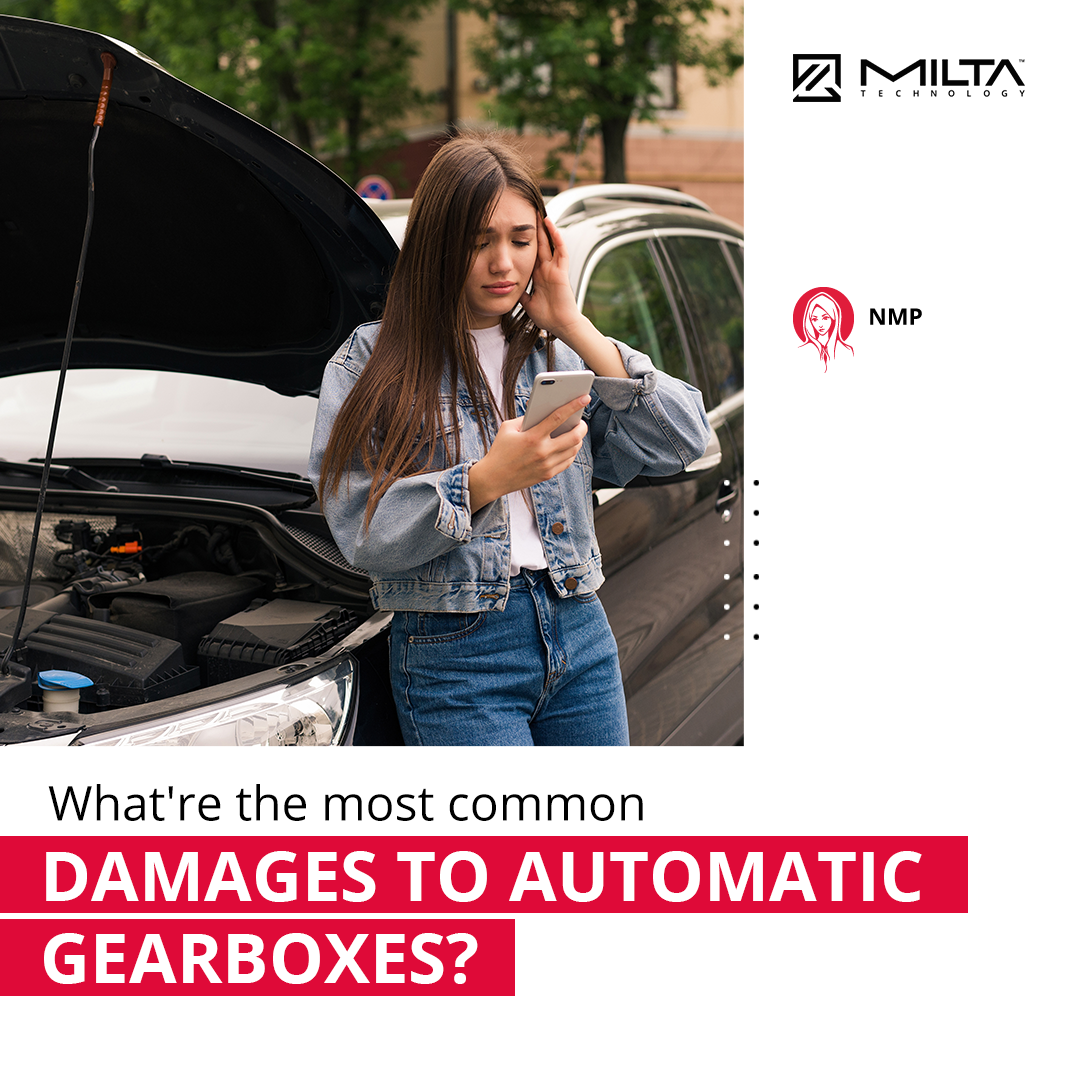 What Are the Most Common Damages to Automatic Gearboxes?

It used to be that the automatic gearbox was a minority in the UK. Most of the country held the view that you had to “go manual, or go home” and automatics were only for:

For the vast majority, it was manual or nothing. However, that has now all changed in a big way. By 2017, the percentage of automatic cars on the road had risen to 40 percent, and in 2020, automatics finally crossed the threshold and became the majority, with 54 percent of new car sales in 2020 being automatic cars. The 2 big factors explaining it are firstly the improvement of automatic transmissions with the advent of things like VW’s direct-shift gearbox (DSG) technology, and also the increasing uptake in electrified cars, all of which use automatic transmissions.

/
Common Damage to an Automatic Transmission

The most critical fluid within your automatic transmission is the deep-red or pink transmission fluid. Over time, seals become worn and damage, wear and tear are done to the transmission, leaving it increasingly possible that fluid might leak. Even a small and slow leak can result in some pretty serious mechanical damage to the transmission if it’s not addressed as soon as possible.

What does it mean when your automatic gearbox is leaking transmission fluid. Firstly what it means is that the components within the transmission are not being lubricated properly. When these components start to grind on each other with no lubrication, you end up with a slew of other problems, some of which we will describe in more detail below. The short version of that is your components wear faster, you need more serious repairs, and your transmission is likely to overheat.

If your vehicle ever feels like it’s in the wrong gear, or that you’re accelerating and getting more engine noise, but RPM levels aren’t budging a millimeter, then your automatic transmission might be experiencing what is known as either gear slippage and/or clutch slippage. We mentioned a couple of symptoms, but others include: odd sliding sounds as the transmission tries to move through gears, contaminated and burnt-smelling transmission fluid (check the dipstick if you can), and the presence of a “Check Engine” warning light on your dashboard.

This damage can be caused by a number of things, but keeping improper levels of transmission fluid and failing to monitor the condition of that fluid is arguably the most common. Consistently low fluid levels create a transmission where gears and parts are grinding against each other, generating too much friction, added metal shavings and debris that gets into what fluid there is, and eventually serious operational problems like gear slippage.

When you smell burning coming from your transmission — usually accompanied by great heat that you can feel when you touch the gear shift or area around it — you need to know immediately that something is wrong. As with many symptoms in your automatic car, it can indicate that your transmission fluid is too low and/or contaminated and is being heated up to dangerous levels.

The majority of automatic transmissions work on a torque converter design. The torque converter itself is a device that transfers torque from the engine into the transmission which then goes on to the wheels to give torque and power to the vehicle. A faulty or otherwise problematic torque converter will cause overheating, as well as excessive juddering and bad vibrations in your transmission that you might feel as you drive along and the car is trying to shift gears.

The damaged torque converter is also another cause of gear and clutch slippage. If the torque converter is damaged or defective, then it can mean a pretty expensive repair. It becomes damaged in the same way many other components within the transmission get damaged, and that’s through poor servicing and maintenance and a lack of attention being paid to fluid condition and fluid changes at the right time.

The solenoids are another critical component of your transmission, managing both upshifting and downshifting as you’re driving along. If you notice that your automatic transmission is shifting gears erratically, or appears to not want to go into a gear stably, then your solenoids could be damaged. Another classic sign of solenoid trouble is the problem of shifting delays. This is when you have put the car into drive gear but the shifts take too long to respond and the rest of that car’s mechanisms get ahead of it.

Your solenoids might need repairing, or they might need replacing. They are high-impact fast-moving components that help bear the brunt of the gear shifting battle.

Finally, we come to the most common damage in the event of the most common cause. We’re talking about overly ground or worn gears which are caused in no small part by drivers not keeping a closer eye on their transmission fluid, not following the recommended schedule from the manufacturer to change the fluid, and not spotting leaks in time.

Less fluid means more friction and more friction means more premature damage. What’s more, excess damage causes metal shavings and dust to get into your transmission fluid, which contaminates it faster, making it viscous and effectively useless for doing what it’s meant to do.

The best way to avoid damage to your transmission — common or rare — is to ensure that you get the transmission serviced regularly by qualified professionals. They will ensure leaks and seals are fixed, fluid is in good order, and that all your components are working as they should.