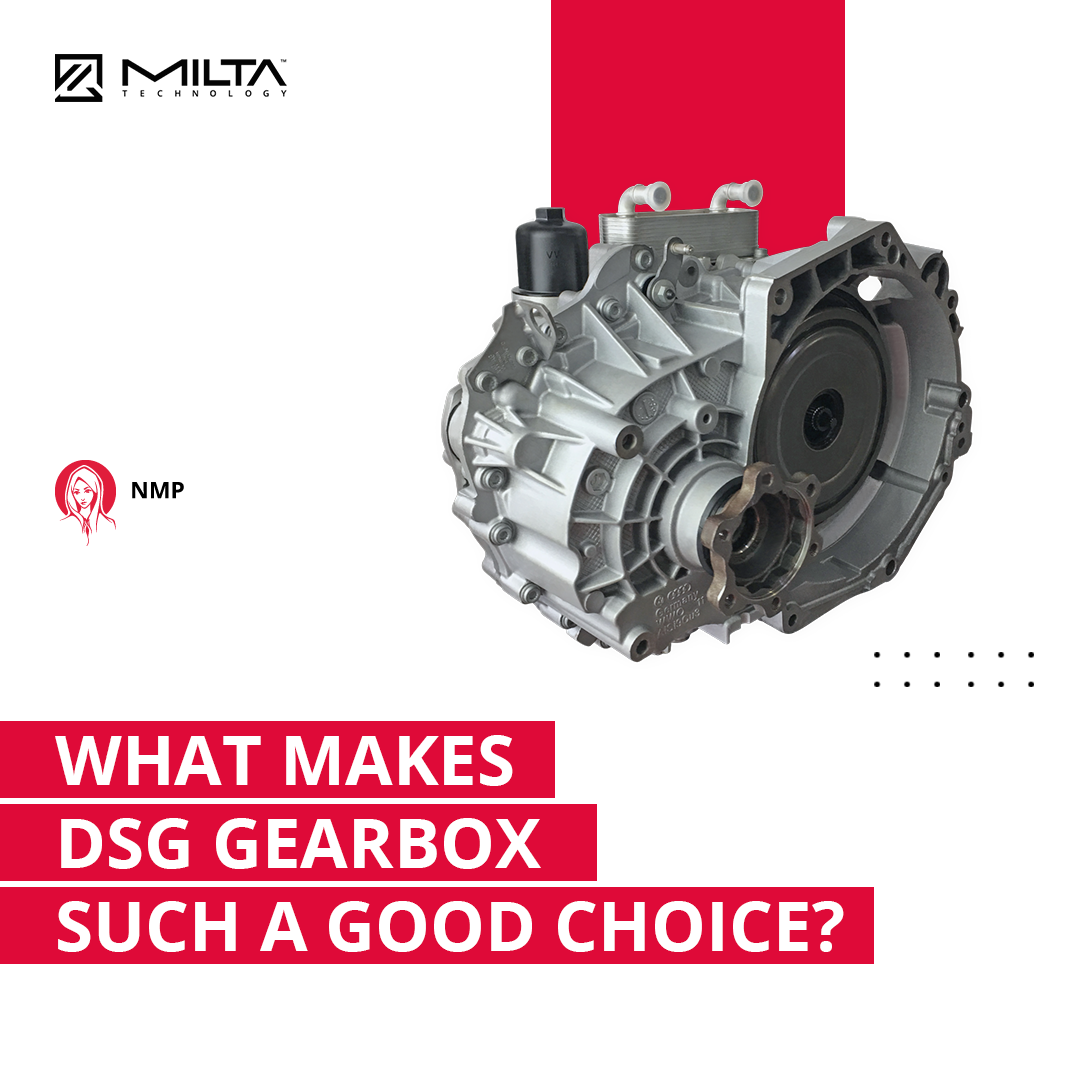 What Makes the DSG Gearbox Such a Good Choice?

A direct-shift gearbox (DSG), also known as a twin-clutch or dual-clutch transmission (DCT) is a unique style of automatic gearbox that is increasingly offered on cars these days, but many are still wondering what it is that makes the DSG gearbox so special? Why is it becoming the top choice of many drivers? We’ll try to answer these questions and more in today’s blog.

/
Background: What is a DSG?

The DSG is a gearbox technology first developed and popularised by Volkswagen. In simple terms, a direct-shift gearbox (DSG) is a transmission unit that has 2 clutches, something that very few other automatic transmissions can claim. But why? What is the function of this additional clutch? Well, once again put simply, the second clutch is there to line up the next gear that it determines you’ll likely need, thus creating a far more seamless and fast-paced shift pattern compared to a regular automatic transmission that uses a torque converter.

To put it another way, it’s like the gearbox is using some kind of psychic ability to predict where you want to be next and getting that set up. How does it do that? The answer isn’t as glamorous as any kind of psychic capability, but rather the presence of smart sensors that measure a wide range of metrics to try and determine in real time where the next gear ratio needed will be. The sensors will analyse things like your current speed, the way your engine is working, and even the physical position of the accelerator pedal — among other things — to make its prediction on what the next optimum shift point will be and where it will go.

The DSG is further helped along by their host vehicles also operating with specific drive modes. The current drive mode offers key insight into where the shifts need to happen next. It also studies the specific way the driver is driving, and when you put all the factors together it can make the predictions and shifts that it needs in just a few hundredths of a second.

/
Benefits of the DSG

Some people point to the higher cost of a DSG and say that it’s out of their reach. This may have been the case in years past when DSG units were placed almost exclusively in high-performance and high-end car brands like Porsche and Audi, but now you’ll find them in the more affordable brands — many also VW-owned — like Skoda, SEAT and of course VW itself.

So what benefits does a DSG bring? These benefits are the best explanations as to the rising popularity of the DSG and what makes it a worthwhile investment when looking at cars to buy.

The primary benefit that attracts people to the DSG unit is its ultra-fast shifting. People who are sick of driving manual cars bemoan the time and effort it takes to be constantly switching between gears, especially when driving in heavy traffic. On the other hand, they hesitate to switch to automatic gearboxes because of the lag time that frequently occurs between shifting to drive and getting off the mark.

DSGs close this gap by offering an automatic transmission but with ultra-fast shifting capabilities. What takes you seconds in a manual car will take tiny fractions of one second when using a DSG, creating the instant response you get after a manual shift but with no input required. That means you get the more relaxing style of driving an automatic car, but with the added benefit of the responsiveness and dynamism of a manual.

On the whole, DSGs improve the fuel economy of automatic cars. It’s not at the point where DSGs are as efficient as most manual cars, but they have helped close the gap greatly. There are some examples of DSG units actually beating manual cars, but as things currently stand at the time of writing, the manual transmission remains the most efficient one overall when it comes to fuel economy.

DSG gearboxes are still relatively heavy compared to manual ones, and that’s the main reason they are still behind, but you’ll always get a boost compared to a regular old torque converter automatic.

What people really love about the DSG is its athletic performance compared to the traditional automatic. It was also contended that if you wanted performance, you had to get a manual car. There was just no way around that fact in people’s minds. The DSG has helped to change that point of view. Now it is not only possible, but the drive of many DSG units — VW’s in particular — have been dubbed as fun and dynamic as driving a manual.

Advanced DSG units also contain Tiptronic technology, which gives the driver greater control of gear ratios using wheel-mounted paddle shifters. When you get the best of both worlds: automatic convenience and manual control, it’s hard not to appreciate that, and a growing number of drivers do.

The CVT was one held up as the great new thing in automatic transmission technology, but in the end it has been confined to lower-budget and high-efficiency models. The reason? The CVT tends to create a noisy (but not so productive) engine. It’s undoubtedly an efficient and useful form of automatic transmission, and therefore finds a production base in cars that want to boast the best miles-per-gallon ratings. In performance vehicles, however, it really cannot replace the DSG.

While there are clearly many benefits of owning a DSG transmission, there are two key points one should consider before buying. First of all, the DSG tends to add more cost onto the vehicle, and that’s a fact. If you want the DSG, you have to be prepared to invest more money into it.

The second point is that as well as higher buying costs, the DSG is a weighty and complex piece of equipment. If something does go wrong with it, it’s likely going to be more expensive to fix than anything that would go wrong with a manual transmission. Most mechanical problems with DSG units are confined to older models, though, with newer units being extremely reliable.

In conclusion, one does need to weigh the potential costs with all those benefits. If you want to have your transmission cake and eat it too, then the DSG really is the ideal package. It’s easy to see why people are increasingly choosing to adopt this hardware, from the benefits to performance, to the marriage of convenience and greater driving dynamics. This technology is here to stay!