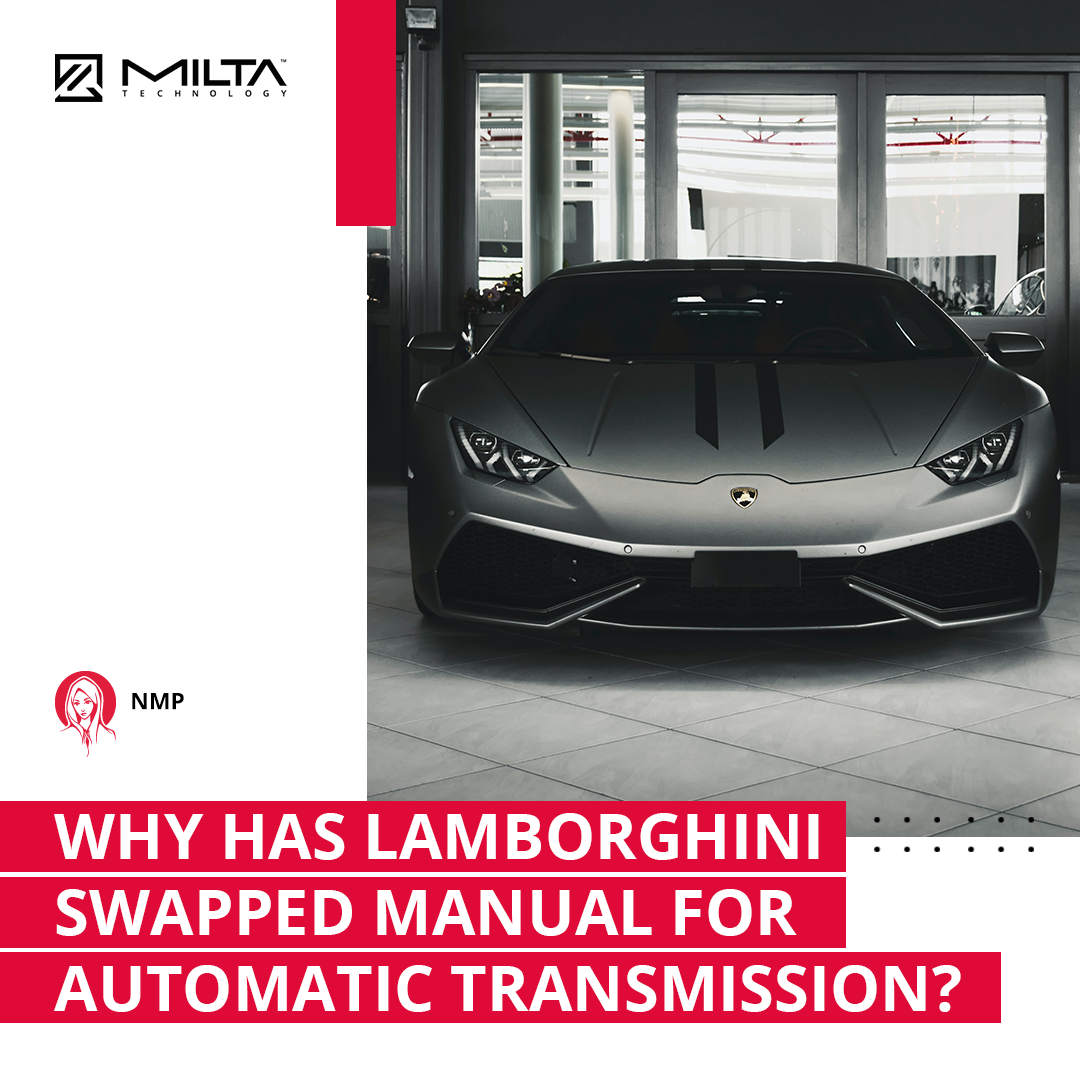 Why has Lamborghini swapped manual for automatic transmission

Lamborghini doesn’t see it that way, and since 2013-2014 they have not offered any manual transmission on their supercars, no matter how many individuals complain about it. In today’s blog, we’re going to explore the reasons for this decision taken by this Italian luxury sports car giant.

/
Reasons for Dropping the Manual Transmission

Car journalists and megafans were stunned to receive a perfectly frank response from Lamborghini when quizzing the company at their Sant’Agata Bolognese headquarters back in 2014 about the lack of manual transmission options for the new Huracan models — there’s simply no demand.

It seems that the apparent “outrage” over removing manual transmissions and the idea that there would be a popular revolt over the issue was an idea entirely made up in the minds of car journalists, car bloggers and supercar megafans. As many as they may be, they still amount to nothing when it comes to creating demand for a Huracan with a manual transmission.

Then chief engineer at Lamborghini Maurizio Reggiani told journalists at the time that when the Gallardo was released, for instance, only 5 percent of orders were for the manual transmission. Imagine creating an entirely new production line for that tiny percentage of orders. If it’s split down the middle, then it makes sense, but when just 5 percent of customers are buying, it becomes a bad economic decision.

Five percent was Reggiani’s number, but then CEO Stephan Winkelmann even stepped in to correct his colleague, pointing out that this number, upon closer scrutiny, was too high. He remarked that “close to zero percent Gallardos were ordered in manual.”

Other carmakers are making similar decisions about what they offer in their production models. In the years that the Tesla Model S has been on the market, the number of available colour options has been cut by half from about 10 to 5. The reason? More colour choices means a more complex production line, and a more complex production line means slower delivery. In the time when Teslas ordered today might not be delivered until summer 2022, they need every ounce of efficiency they can get. It’s easy to simply cut out the low-demand colours. And so it is with Lamborghini. Where there is no demand, there is no sense in producing it.

Beyond just the transmission, these supercars now come with more advanced control systems and features that wouldn’t work without the help of a computer-controlled automatic transmission keeping tabs on everything.

For instance, the Lamborghini Huracan when released offered special drive control settings called: Strada, Sport, and Corsa. These modes were designed to make rapid adjustments to various aspects of the vehicle — throttle, steering, shock absorber stiffness, gear ratios and so on — as the driver was moving along, in real time. The system only works when all sensors and mechanics are in balance and harmony. That is most easily achieved with a computer-controlled automatic transmission.

If you were to take any part of that fine balance, such as the gear shifting, and put it back into the hands of the driver, then it would upset the balance and these systems just wouldn’t work the same.

3. Electrification is the Wave of the Future

Not only have more and more cars been shifting to automatic transmissions as new technology shortens the performance gap between manual and automatic – VW’s DSG unit, for example – but the increasing electrification of vehicles already spells the end for manual transmissions anyway.

Hybrid and electric cars make use of automatic transmissions, and in fact for pure-electric cars the transmission is a 1-speed unit since there’s no need to shift through different gear ratios in an electric powertrain. Supercar makers are also now looking to electrify their models, with Porsche already setting many standards with their Taycan.

Lamborghini is no exception to this rule. Back in May 2021, Lamborghini announced that they had plans for a fully electric car to be released before 2030. It’s not just a sudden move for them, but rather the culminating step in a larger decade-long plan spanning 2020-2030 where they plan to phase in electrification, first producing hybrid models and then moving to full electric BEVs in the second half of this decade.

/
Conclusion: Manuals are No Longer the Norm

In the US market, it has long been the case that manual cars – stick shifts, as they call them – were not the norm. American drivers are suitably impressed with the number of British who can confidently and competently drive a stick shift, because a huge proportion of the American population either cannot, or simply refuse to do so.

In the UK and EU, manual transmissions were preferred for their efficiency and performance. In markets where gas prices were nearly double the US, inefficient automatics had no place. All that is changing now, with improving technology and new generations of drivers who frankly don’t want to bother with manual transmissions anymore. Lamborghini have had this figured out since at least 2013, and soon enough they will be proved correct for their ditching of the manual shifters in their supercars.