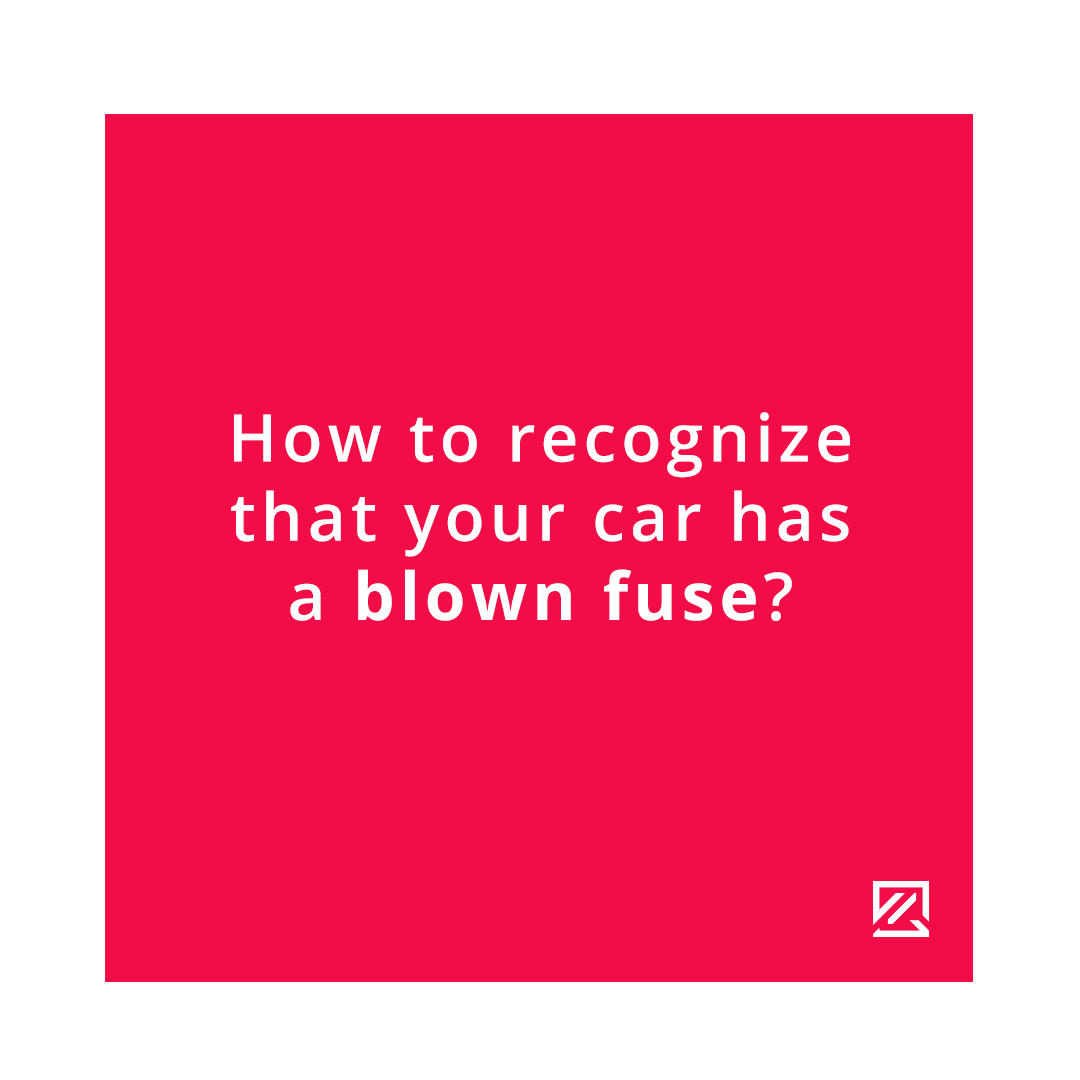 How to Recognise That Your Car Has Blown a Fuse

Much like in your home, your car’s electrical systems are protected by a fuse box. Your car typically has at least two fuse boxes. You’ll find the first one under the bonnet on the driver’s side, and a second one underneath the driver’s side dashboard and steering wheel. In each one, you’ll see fuses of all sizes, all of which can be removed and inspected. If they are blown, then they need to be replaced, but the question remains – how can you recognise that your car has blown a fuse?

This is the core question of today’s blog post.

/
How to Check Your Car Fuses

The first thing you’ll need is a tool with which to remove the fuses from the fuse box. Some of them are large enough for you to remove by hand, but it’s better for the smaller fuses to use either a pair of fuse pullers, or a set of pliers. Checking the fuses without removing them first is impossible, so these tools are crucial to the overall process.

Step 1: Position your fuse pullers over the top of the plastic fuse casing, they should fit snugly around. Apply pressure and then pull gently to remove the fuse. It should pop right out.

Step 2: Hold the fuse in the light so the centre part of the casing becomes translucent and you can see the inner connector (centre element) of the fuse. It should appear as a continuous and unbroken piece of metal. It’s typically made of aluminium, copper, zinc or silver.

Based on the result, you can take action. You can simply click a non-blown fuse back into place, or you can replace a blown fuse with a fresh one. There is actually a set of spare fuses in your car in the fuse box, but if you’ve used them up then you can get more from the OEM dealership.

/
How Do Car Fuses Get Blown?

Many of us will see blown fuses and think of it as a bad sign. In fact, the opposite is true. A blown fuse has done its job correctly. A blown fuse has safeguarded your car’s electrical system and prevented other damage from occurring. What, however, is the cause behind the fuse being blown? What happens to them?

First, car fuses blow because of short circuiting. When too strong a current goes through electrical components, it overwhelms them and causes a malfunction. The fuse blows to prevent the current going through more of the system and causing damage.

Next, fuses are blown because of faulty switches and wiring. These are not the only culprit, but in the majority of cases, the reason for a blown fuse can be traced back to this. When wiring gets old, frayed or otherwise damaged, it is less able to conduct the current needed in a stable fashion.

Third, there are physical causes to fuses getting blown out. For example, when your windscreen wiper gets stuck in ice during a harsh winter, and you try to activate it. The motor will still try to move the wiper, and possibly overload in doing so. This can cause the fuse to burn out to prevent wider and more damaging overloads from happening in the system.

Finally, leaks in the system can cause short circuits to happen. We all know that fluids and electricity are not a happy combination. If one of the many conductors, wiring harnesses or connection points gets exposed to water or other fluids, this can create havoc within the electrical system. A blown fuse is a common manifestation of that chaos.

/
Should I Always Check the Fuse When Things Go Wrong?

When you know that something electrical is no longer working, then checking the fuse is a logical first step. It can save you a lot of trouble to be able to either rule out a blown fuse or discover that a blown fuse is indeed the problem. Even if you are unsure about a problem in your car, then checking the fuses is both useful and simple to do when you know what you’re looking for.

The fact remains that many sudden issues in cars are indeed related to blown fuses. The suddenness of an issue is a good indicator that the fuse has also suddenly blown. In any event, however, it remains the best course of action to follow that you consult with your dealership or other mechanic if and when you have any doubts about what has caused the problem or how to fix the problem.

/
Conclusion: Recognise the Signs, Save Yourself Trouble

It’s frustrating when you experience sudden electrical failure in your car, and a big part of that frustration is not knowing the real cause behind it. Knowing where to look in the fuse boxes of your car is a great way to get crucial information about what went wrong. In any eventuality, you learn something important.

If a fuse has blown, you might be able to quickly replace it and restore things to normal with minimal fuss. If a fuse hasn’t blown, then you know you have to take action and get the car seen by a mechanic to investigate more closely. At least knowing what the problem is or isn’t is a big step towards gaining reassurance and clarity.

If you’re experiencing electrical problems in your car, visit your local dealership or mechanic and determine the issue. Electrical faults at their very worst can lead to fires, which puts everyone in danger. Learn the signs and keep on top of electrical faults.