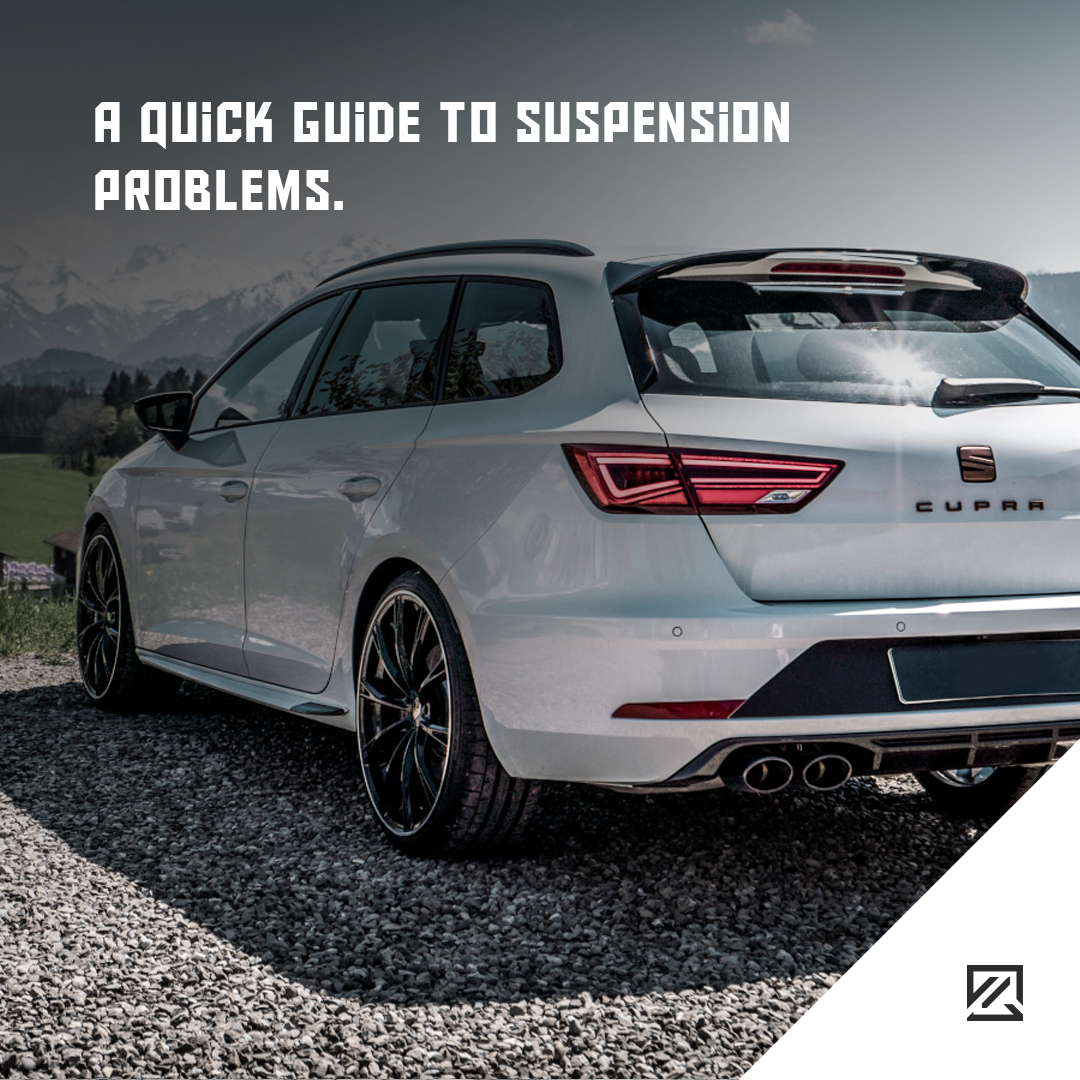 A Quick Guide to Suspension Problems

As any driver knows, British roads aren’t the smoothest. Which is why a car’s suspension system is so important. It makes sure a vehicle absorbs the bumps of the road and ensures it can accelerate, corner and brake safely.

As with all car parts, suspension systems wear out over time, something which has a significant impact on performance. When a suspension system wears out, for example, the car’s stopping distance will increase by up to 20%.

This is why drivers should make their car’s suspension system is checked as part of regular services. They should also get their suspension systems checked if they notice any changes in how their car drives. Things to look out for include:

If your car is lower on one side than the other, then this suggests the springs are broken or damaged. Similarly, if it bounces more than twice when pushed down at the front, this is a sign of worn springs. In both cases, drivers should get a mechanic to check the suspension system.

If a car is working properly, tyres will wear out evenly. If they aren’t, there could be problems with the suspension system. Alternately, the cars wheel alignment may be off. Either way, drivers should get these checked.

The smoothness of the ride

If a driver notices their ride isn’t as smooth as it was when they bought the car, this could mean suspension problems. If they’re feeling every bump on the road, it probably means the suspension system isn’t absorbing shocks as it should. Worn springs or leaking fluid are likely the cause. Drivers can check for leaks by looking at the shock absorbers under their car; if they’re covered in oil, there’s a leak.

Drivers need to consider how their car handles. If it is drifting or pulling, it probably means there are problems with the suspension system or wheel alignment.

Finally, drivers should listen out for noises. If their car is making banging noises, it’s a sign of a potentially serious problem, one that needs immediately checking out.