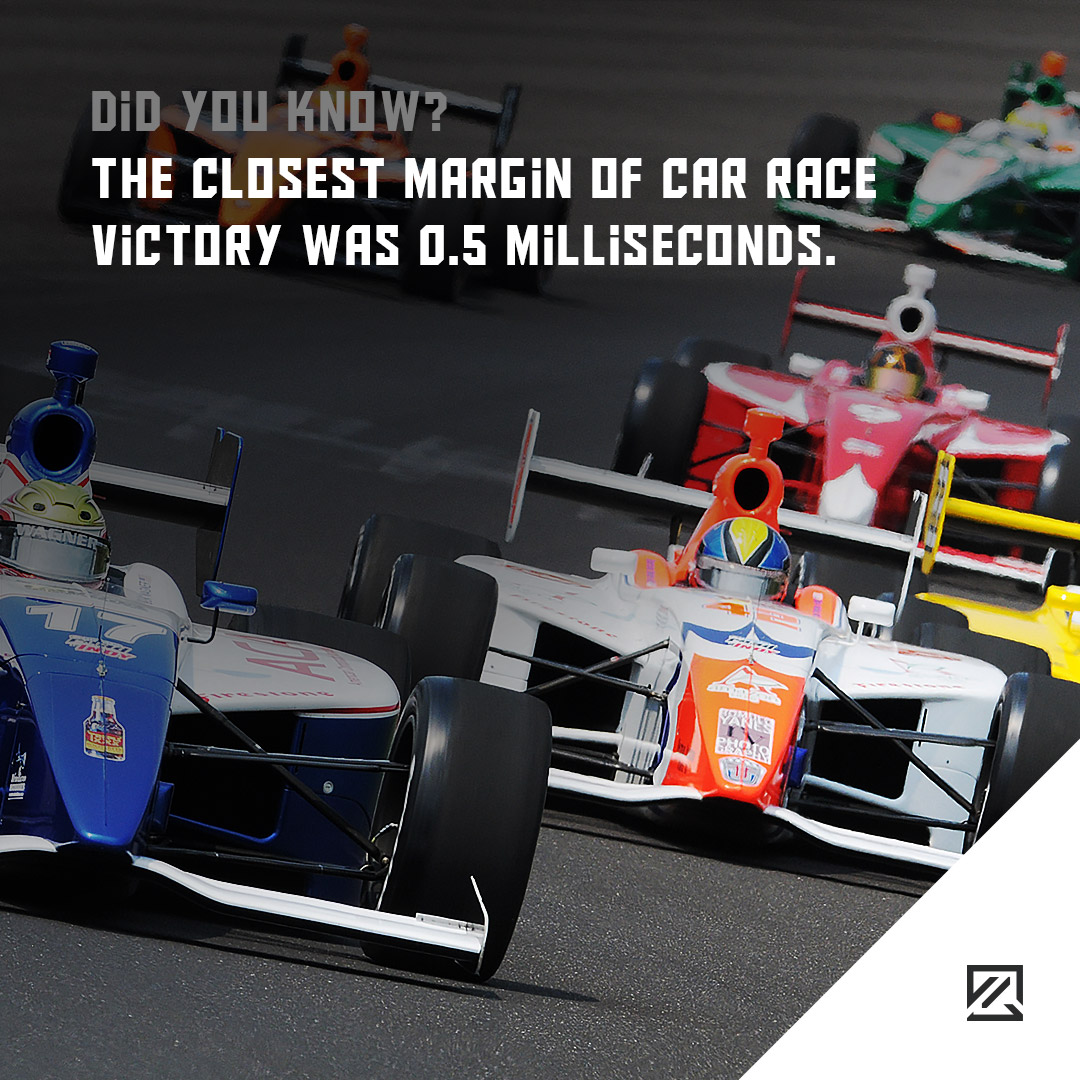 The Closest Margin Of Car Race Victory Was 0.5 Milliseconds.

The closest margin of a victory in a car, which is 0.0005 of a second, was achieved between Logan Gomez and Alex Lloyd during the 16th round of the 2007 Indy Pro Series race at Chicagoland Speedway on ninth of September 2007.