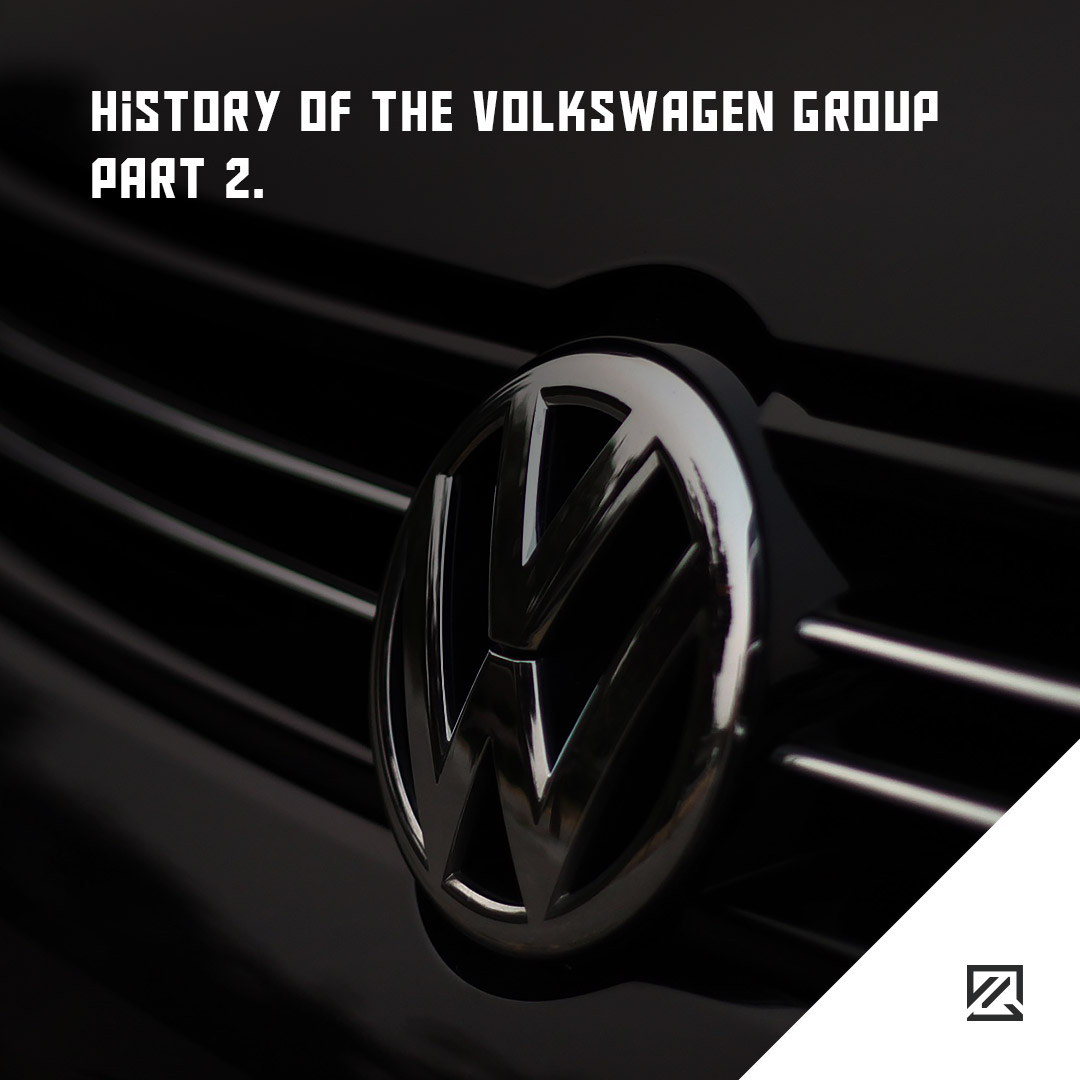 History of the Volkswagen Group: Part 2

The 1960s were where the times really began to change for the Volkswagen Group. First of all, there was a name change due to the floatation of the company on the German stock market. They would now be known as Volkswagenwerk Aktiengesellschaft going forward, often abbreviated to Volkswagenwerk AG.

The acquiring of Auto Union GmbH saw the first post-war Audis produced. These were the Audi F103s, and unlike the previous two stroke models, these were equipped with a four cylinder, four-stroke engine.

Many know Volkswagen AG as V.A.G but apart from being used in distribution and leasing activities, for example, the name V.A.G never had an official meaning, and it was never the name of the Volkswagen Group in any way, shape or form.

Volkswagenwerk signed an agreement to co-operate with SEAT, the Spanish car manufacturers, in the year 1982. This would see the German company operate outside its Wolfsburg base for the first time, venturing into pastures new. It was due to the company looking to spread their wings that brought about a name change. The 4th of July 1985 saw Volkswagenwerk become known as Volkswagen AG.

Volkswagen AG were looking to continue to grow, and they took full control of SEAT in 1990, quickly following that up with a joint venture agreement with Skoda. The process began, just as it did with SEAT. Volkswagen took a 30% stake in the Czech car manufacturer in 1991, increasing this to 60.3% in ’94 and then to 70% in ’95. The German car manufacturers were on the up and growing rapidly.