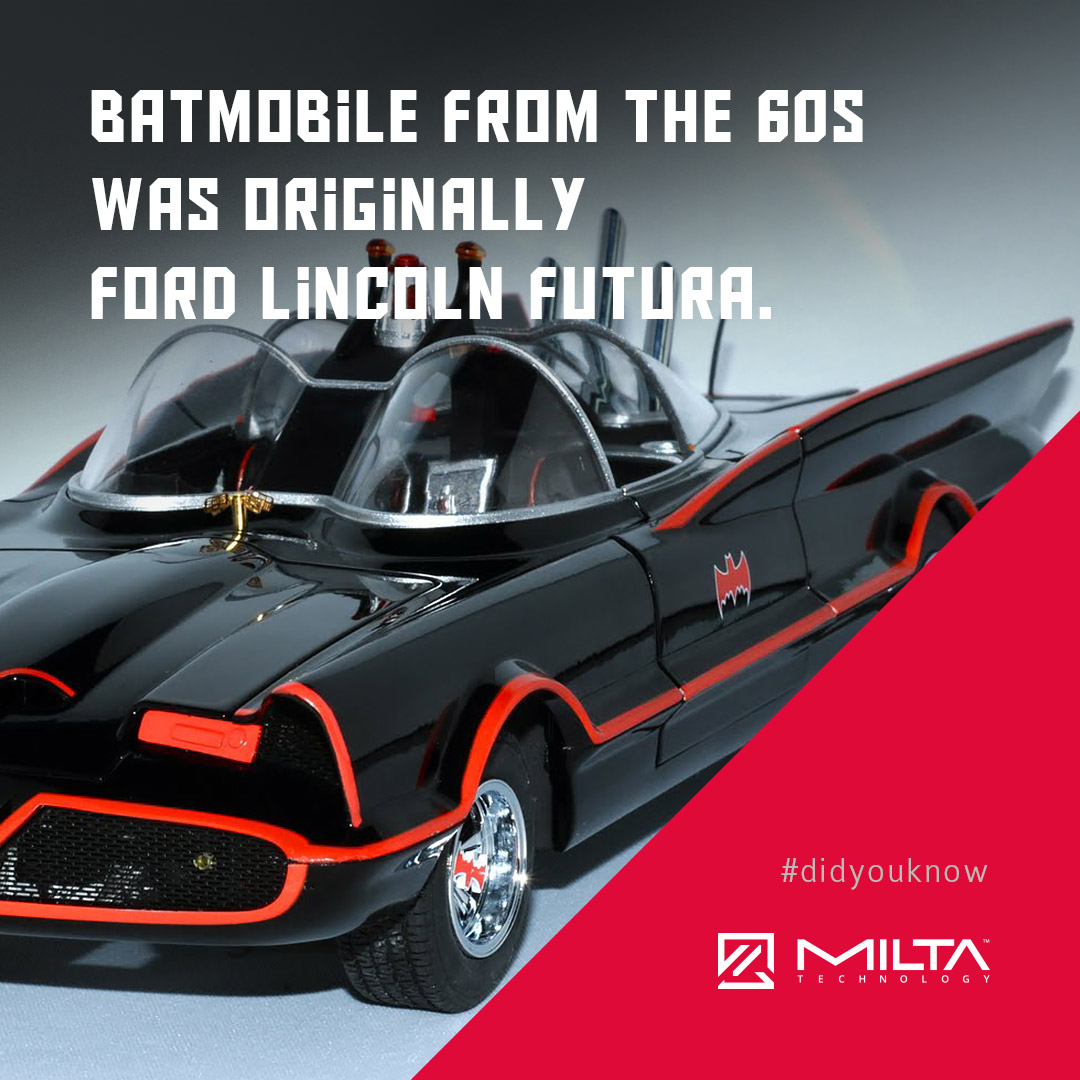 Batmobile from the 60s was originally Ford Lincoln Futura

Did you know that Batmobile used in the 60s Television show was actually a 1955 Lincoln Futura concept car? Hollywood customizer George Barris modified this car in just a few months. The first Batmobile made is now owned by Dave Anderson from the USA, and he has paid for it more than $5 million.