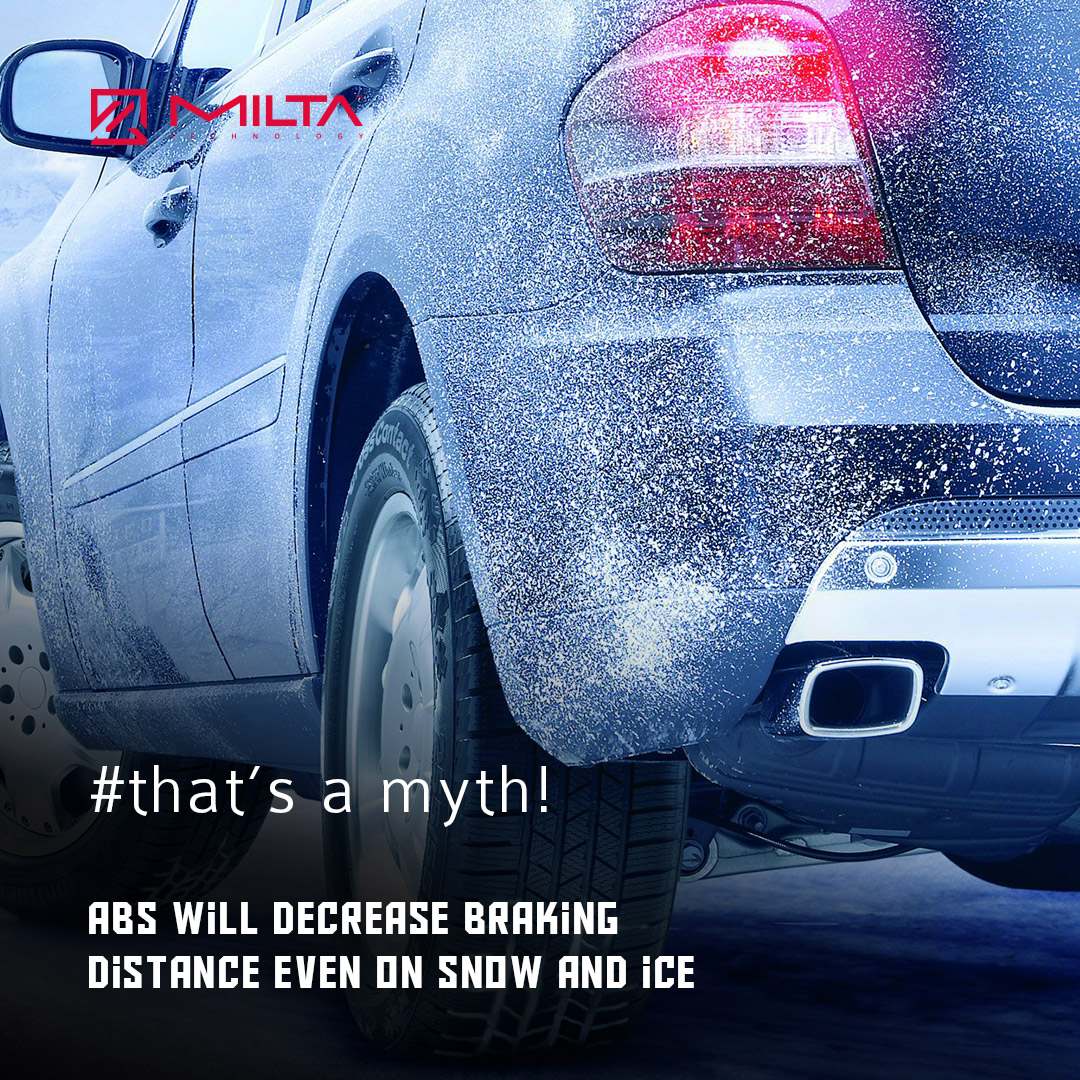 ABS will decrease braking distance even on snow and ice

Some people think that ABS system can slow down a car even on such slippery surfaces as ice or snow. It will always help to keep control of your vehicle and aid you to steer it around obstacles, but it is not always the case for decreasing the stopping distance.

It turns out that on loose surfaces such as ice covered with snow, locked wheels are going to stop the car faster than when they are prevented from locking by the ABS. It happens due to the ploughing effect that the locked wheels have on the snow, which increases the friction and makes the car stop sooner. However, this should not prevent you from using ABS, as losing control of your car is usually much more dangerous than slightly decreasing the braking distance of your car in extreme conditions.