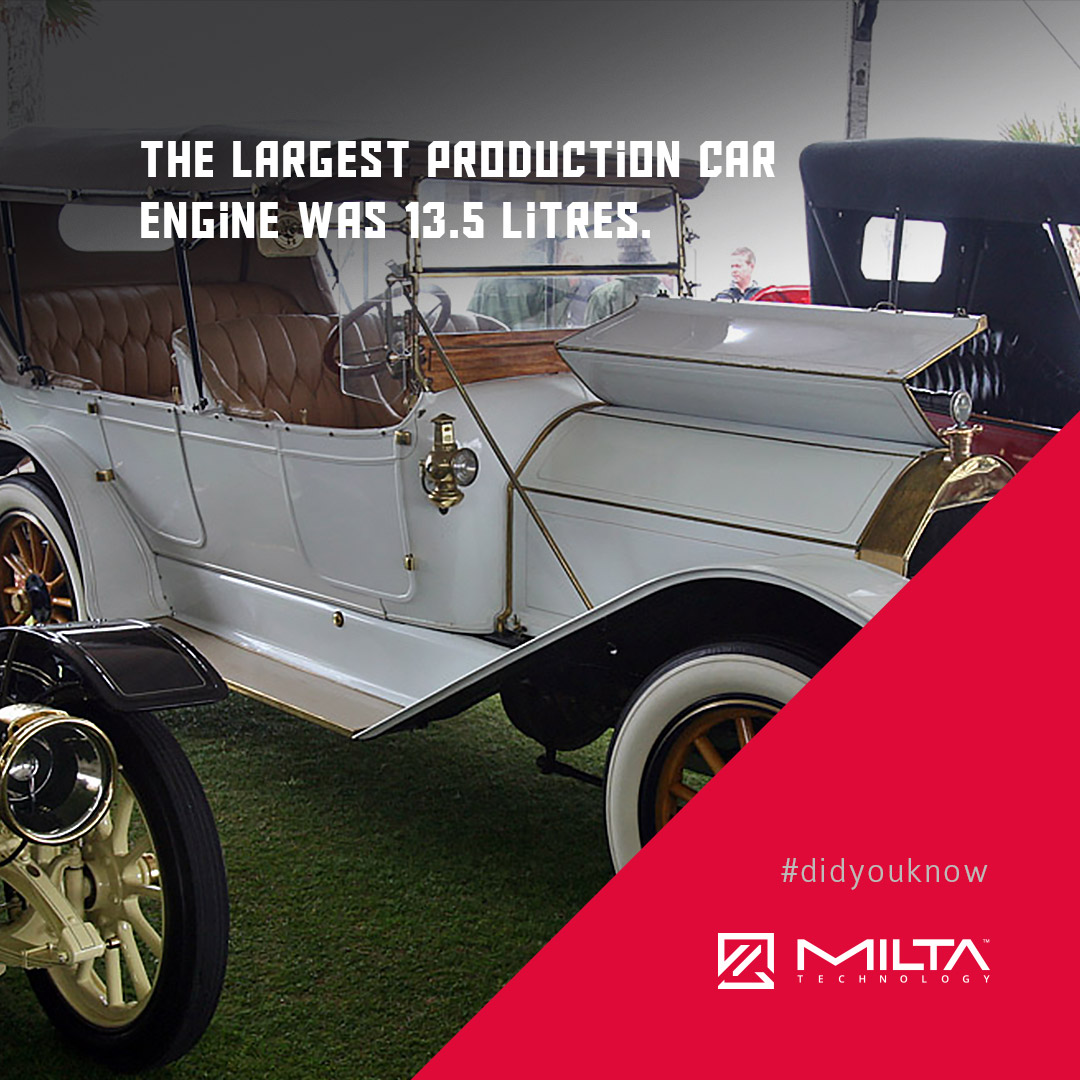 The engines used in the US Pierce-Arrow 6-66 Raceabout, the US Peerless 6-60 and the Fageol, was the largest one used in production car so far. It was produced at the beginning of 20th century and had 13.5 liters capacity. Although it’s efficiency per volume was so low, that it’s power is comparable to the modern engines ten times smaller than this giant.