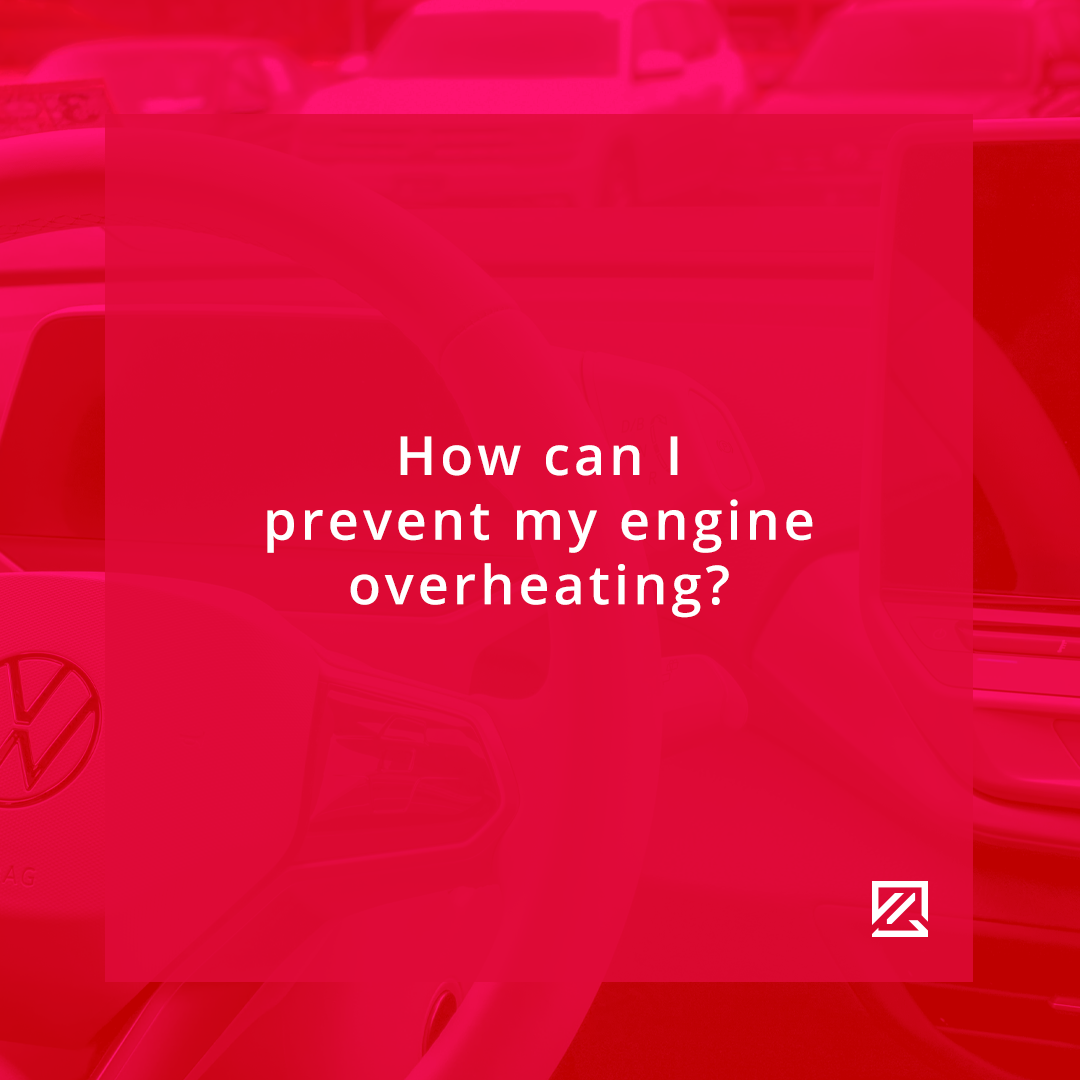 How Can I Prevent My Engine From Overheating?

Our car’s engine is a finely tuned piece of machinery. It is designed to work at high speeds and under tremendous pressure. As advanced as engine technology has become, it is not yet close to being impervious to harm. One thing that engines are particularly susceptible to, even in the modern age, is overheating.

When your engine overheats, the aluminium in the engine block begins to warp and can even crack. If that happens to something like your cylinder head, for instance, it can separate from the engine block and create a leak in the head gasket, which is essentially catastrophic and very expensive to repair. In today’s blog, we’re asking the core question, what can I do to prevent my engine from overheating?

/
How Can I Prevent My Engine From Overheating?

Below are our best suggestions to help you ensure that you don’t allow your engine to overheat.

Engine coolant is what will most protect your engine from overheating. The cooling system is the primary line of defence against such an eventuality. You should first make sure that you have the optimum coolant product for your car. This should be the one recommended by your OEM, but there are other brands that could also work, especially those that are also formulated for your particular brand of car.

When the car’s engine is cool, you can check the coolant levels by removing the radiator cap and inspecting it visually. The optimum level should be indicated on the radiator and you can check it against that. Top it up with coolant if it falls below the ideal or recommended levels.

2. Check Your Oil Level and Condition

To lubricate effectively, engine oil needs to be the right viscosity and consistency. It’s critical, therefore, that you regularly check the condition of your oil by removing the dipstick from its place in the engine and inspecting both the current oil level and what it looks like. Good oil is golden-brown in colour, with a smooth glossy consistency. As oil works, it picks up dirt, grit and other contaminants from the engine which build up. If it looks contaminated with such things, then it might need changing.

3. Keep One Eye on the Temperature Gauge

Another good way to prevent the engine from overheating is not overusing the AC or heater. Anything that adds further strain to various engine components is adding to the possibility that the engine might at some point overheat. The A/C system’s condenser and compressor are housed within the engine system and therefore can contribute to overheating when the engine is otherwise struggling. If you have any other reason to think the engine is at risk of overheating (e.g., shortage of coolant), then keep the a/c off until you can fix the other issues.

5. Pull Over at the First Sign of Sharply Rising Heat

While keeping one eye on your temperature gauge, you should also be ready to take action if the car is showing signs of overheating or that it might be about to start heating rapidly. If the temperature gauge suddenly starts to move up quite quickly, you need to first slow down, turn off the air conditioning if you’re using it, find a safe place to pull over and do so.

When you’ve pulled over, pop the bonnet open and take a look at the engine, but do not touch it because it is likely still very hot. Check for signs of smoke or steam coming from the engine, leave the bonnet open to let it cool faster. Once cool, inspect the radiator coolant levels, and check the state of the oil. It’s critical that to prevent overheating you don’t continue at speed on the road.

6. Rev the Engine in Neutral

One way you can use to pump coolant around your engine without generating more heat is to rev the engine while it’s in neutral. When you pull up to traffic lights or are stuck in traffic, don’t be afraid to put the vehicle in neutral, rev the engine slightly and allow for coolant to be moved around the engine. It will help bring coolant where it needs to be and prevent overheating from happening.

7. Inspect the Engine for Leaks

Finally, if you have oil, coolant or other fluid leaks in your engine, then that too can ultimately lead to overheating. Take the time to check your engine and look out for signs of leaks from around the coolant and oil top-off points, or for any signs of fluids pooling in the engine bay or underneath your car. Catching leaks early is the key to preventing any resulting damage that could happen if and when it overheats. In addition, there are many hoses, seals and gaskets from which fluids can leak, so it’s important to stay vigilant.

/
Conclusion: An Overheating Engine is an Unsafe Engine – Keep Your Cool

Most people can’t afford to have their vehicle engine replaced. Overheating can cause catastrophic engine failure and if it happens on the road, it can be very unsafe for you and for any passengers you have in the car. Follow the advice that we have given above and ensure that your engine can stay cool, calm and collected.