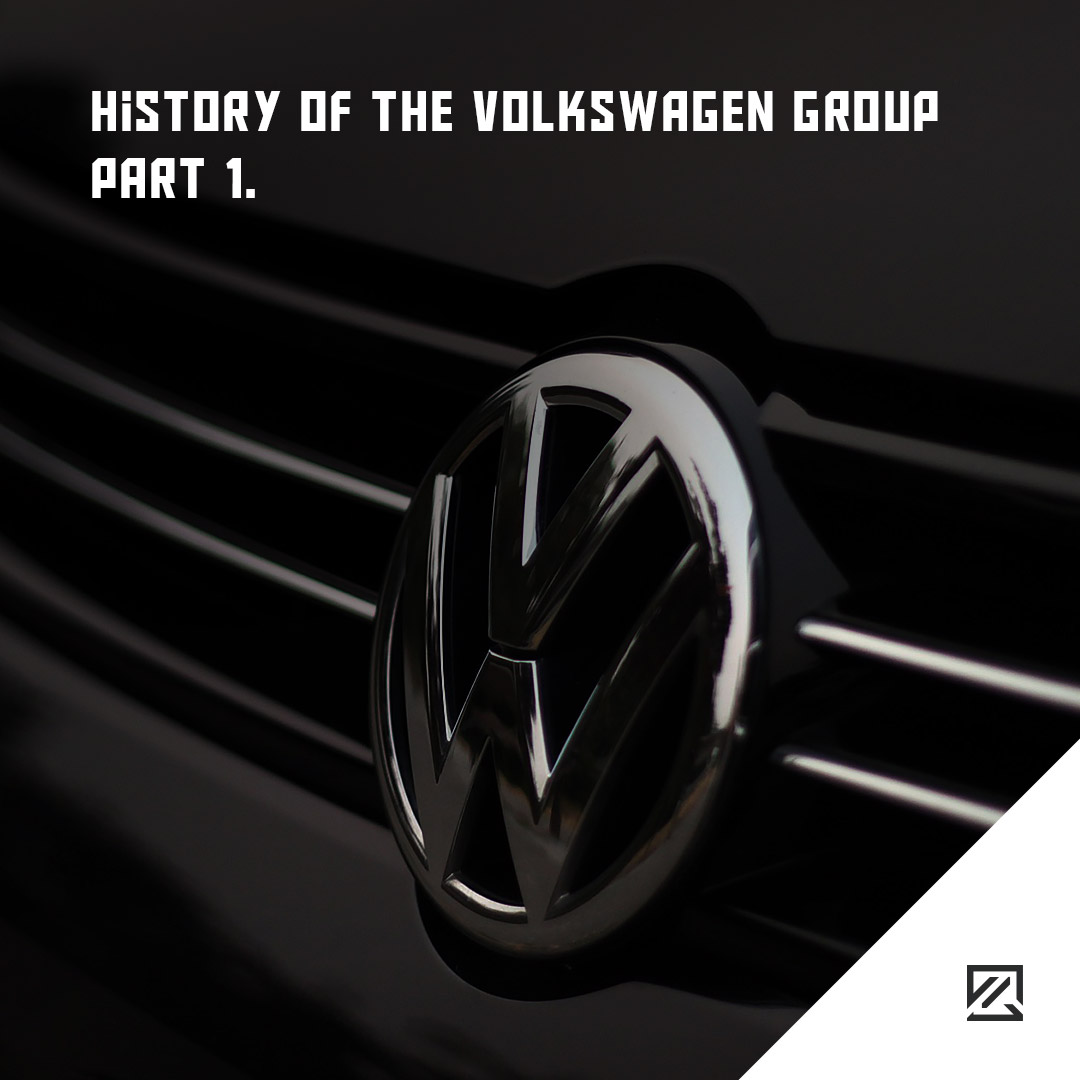 History of the Volkswagen Group: Part 1

History of the Volkswagen Group: The Beginning

On the 28th of May 1937, Volkswagen was founded in Berlin by Ferdinand Porsche. The aim was to produce a car capable of carrying up to five people, with a top speed of around 100km/h. To meet their business objective, the vehicle was designed by Ferdinand Porsche’s company.  With many prototypes and development work, the name of the car changing a number of times. Initially known as the Porsche Type 60, then the Volkswagen Type 1 before being referred to as the Volkswagen Beetle.

The aspiration of Ferdinand Porsche was to produce a vehicle would provide a relatively cheap but comfortable way for the general public to get around.

A car for the people

In German, Volkswagen literally translates as “The People’s Car”, and this rang true as the company was aiming to produce a truly affordable alternative for the German public when it came to vehicular transportation. Various other companies tried and failed, but no one else could manufacture a car that was as cost effective as what rivals Volkswagen had produced.

After the Second World War, in June 1945, production was restarted by Major Ivan Hirst of the British Army Royal Electrical and Mechanical Engineers. Volkswagen Beetles would continue to be produced for businesses such as the postal service in Germany. Due to the lack of transportation, the British military placed an order for 20,000 Beetles.

Two years later and other countries had taken an interest in the inexpensive transportation alternative that was the Volkswagen Beetle. 1947 saw the car being shipped to other nations around the world as they looked for affordable vehicle solutions.

By 1949, Volkswagen had produced vehicle number 50,000, with 15% of those cars being sold in Europe. It was in the same year that Volkswagen would be handed over to GmbH, basically meaning it was made by a company with limited liability (Ltd), by the governing British military. Volkswagen at the time employed around 10,000 staff members who were producing 4000 vehicles a month on average.

The 1950s saw an upturn in fortunes for Volkswagen as the company was introduced to the North American markets which saw sales boosted. In fact, it was n’t until the 1950s when Volkswagen started to produce new models.

The Volkswagen Type 2 was introduced in 1950. This was what we know today as the VW Camper Van. The Volkswagen Karmann Ghia followed five years later in 1955. This was a sports car that was produced as a coupe from 1955 and as a convertible from 1957.

The company was on the up after the detrimental effects caused by World War Two. However, they were a company that was quick to bounce back and in just over a decade, became a household name across the world. Sales were increasing with more and more vehicles being produced for various markets around the world.