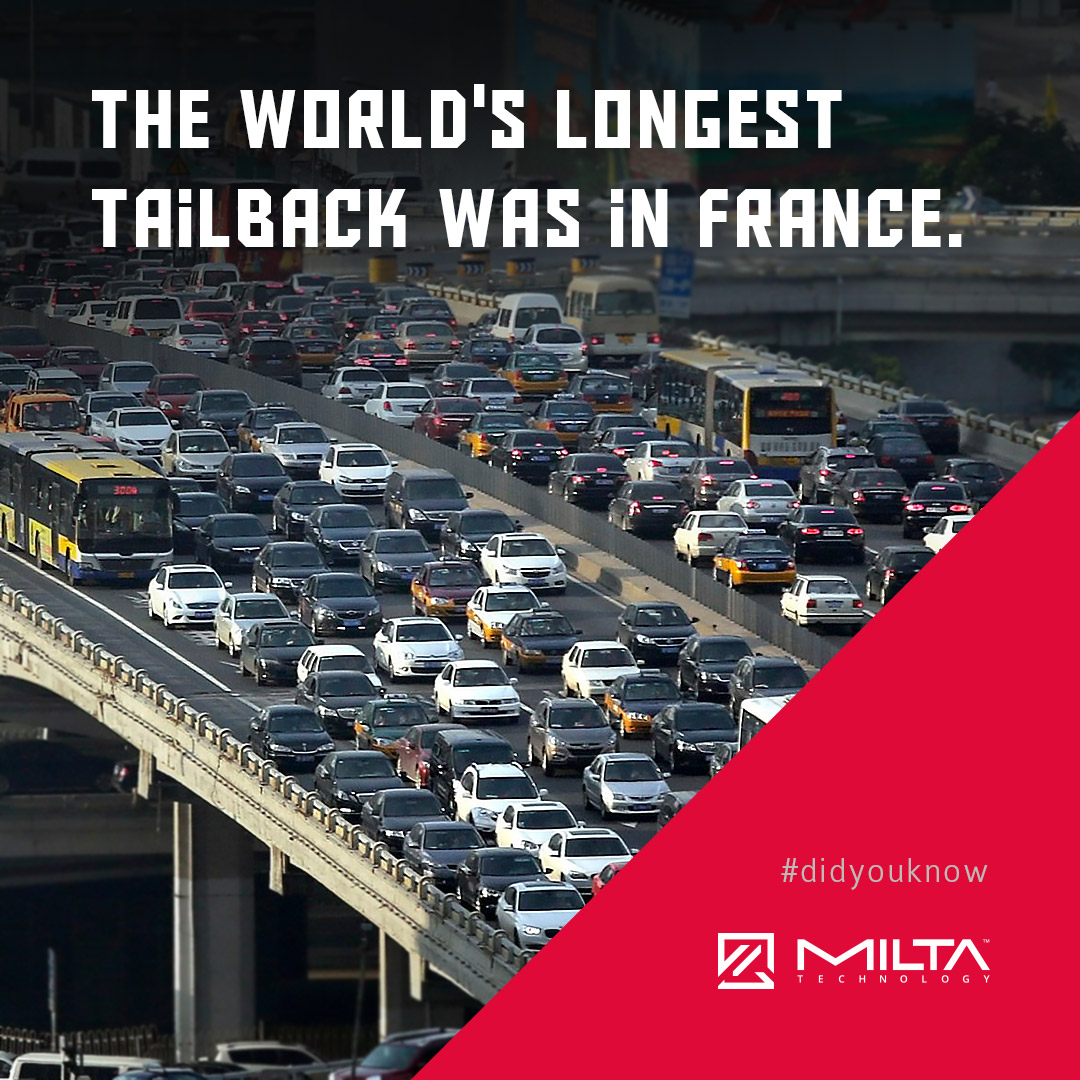 The world’s longest tailback was in France

You hate to sit in a tailback. French people could like it even less. Imagine how it was in 1980 when the Guinness World of Records world’s longest tailback was approximately 110 miles long. Thousands of cars were waiting to move from Paris to Lyon in February because of poor weather and highway congestion.