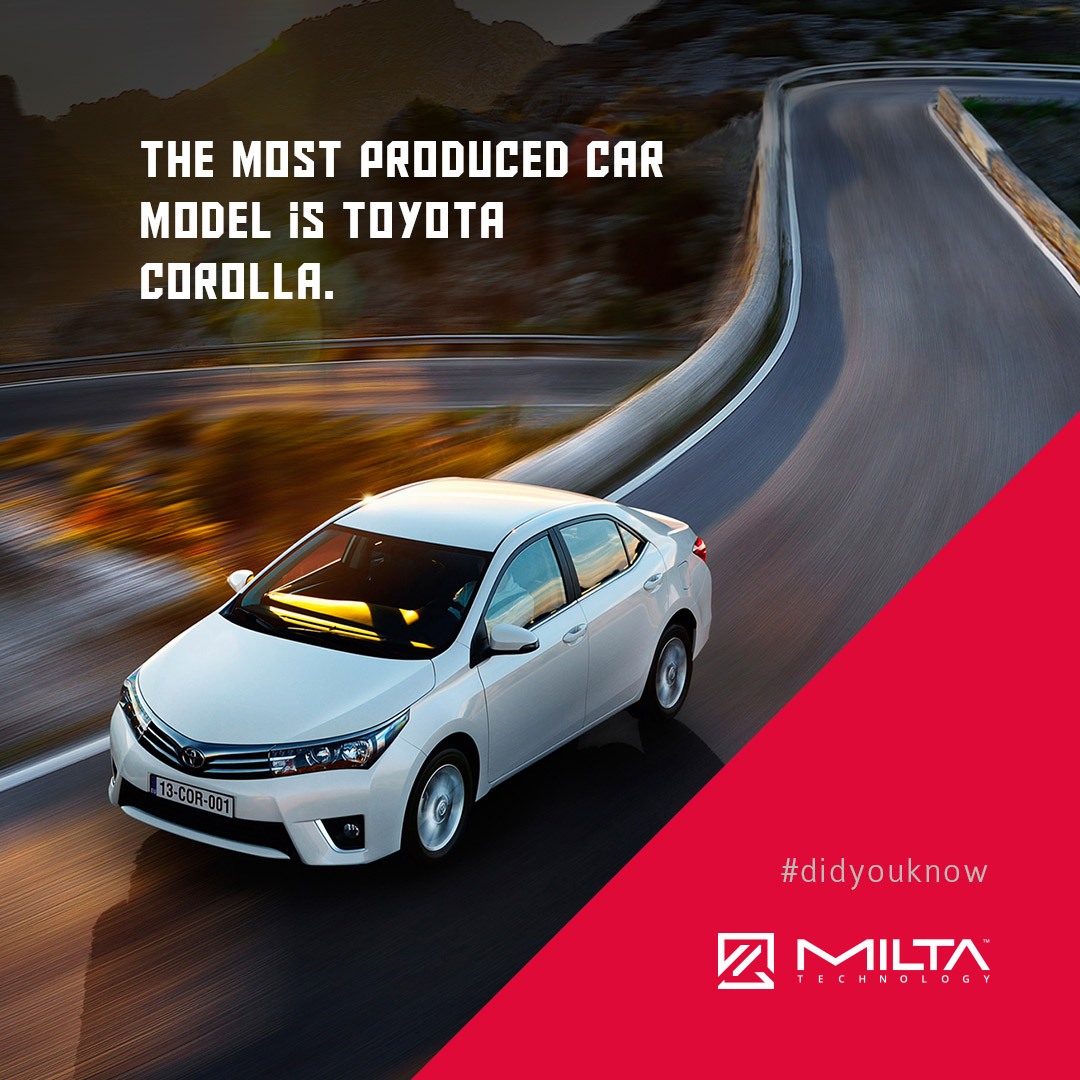 The most produced car model is Toyota Corolla

Did you know that Toyota Corolla is the most produced car in the world so far? There are already more than 40 million of these vehicles produced and it is still growing. Although there have been already eleventh generations of this model and the design has been evolving through many different looks, varying greatly from the initial design.